Our biggest game so far

Angel Rangel insists tonight's clash with Fulham is the club's biggest game of the season so far.
The Swans have won just once in their last ten Premier League outings - a run that has left Michael Laudrup's side just three points clear of the relegation zone.
Following a tough run of fixtures that has seen them face four of the current top seven, Swansea now enter a crucial period in the campaign.
With matches against West Ham, Cardiff and Stoke to follow, the side will be looking to re-ignite their season after a testing few weeks.
And Rangel believes that tonight's game is the perfect springboard for a revival - but insists that three points are all that matters.
"It's a massive game for us," he said. "I think it is the biggest of the season so far and probably one we must win.
"After the few bad results we've had against the top teams, it's important that we now start winning games - particularly at home.
"Fulham are one of those teams that are in the same part of the table as us and it is important that we put on a good performance because it could have a big impact.
"It is really tight down there and a win could move us six points clear and everything looks brighter again.
"We want to change that and hopefully get into a run of good results."
Following tough home fixtures against Manchester City and Tottenham at the start of the calendar year, the Swans will be hoping for a change of fortune on home soil.
Laudrup's men have won just twice at the Liberty this season, the last of which came back in December against Newcastle.
"It has been tough for us," said Rangel. "We haven't found the consistency that we would have liked, but we've still got so many games left to play at home.
"We haven't managed to beat the top teams - apart from Liverpool all the others have come away from here with a win.
"Some refereeing decisions have punished us, particularly against Stoke and even against West Ham.
"But with the competitions we're in we've played so many games compared to other teams. That isn't an excuse, but it has been a tough season for us.
"We have also been a bit sloppy in certain games, particularly in the first half, but we are coming up to the most important part of the season now and if we can get a win tonight then things will start to look a bit brighter."
However, despite defeat against Tottenham last time out in the Premier League, the Swans' first-half performance drew plenty of positives.
Wilfried Bony looked in ominous form once again, smashing the crossbar with a fierce 25-yard drive before the visitors went on to break the deadlock and seal all three points with a ruthless attacking display.
Rangel believes that the Swansea squad has what it takes to turn their season around - but insists that it is time to go back to basics.
"The quality is definitely there," he said. "When you play against the top teams they can punish you and that's what happened against Spurs.
"It is always difficult to create chances, particularly with the way we play, but football is all about goals and we need to try and find the balance.
"We need to stop conceding goals at the back and start scoring some more goals when we have the chances.
"As a defender it's always disappointing when you concede goals but we are working hard on that on the training ground.
"We have to learn from these mistakes and kick on because we want to stay in the Premier League."
Fulham arrive in SA1 tonight sitting just one place and one point above the drop zone.
The Swans ran out 2-1 winners in the reverse fixture at Craven Cottage back in November - their last win on the road in the Premier League.
Since then Rene Meulensteen has replaced Martin Jol in the dugout, with the Dutchman winning three of his nine league games in charge.
And with the importance of tonight's clash in mind, Rangel issued a rallying call to the Jack Army when asked about the subdued atmosphere at the Liberty Stadium this season.
"I have noticed it," he said. "And I think it is understandable when you give the fans so many good seasons with so much good football and success.
"But now is the time that we need the supporters more than ever because we want to stay in the Premier League and achieve something.
"You always need the fans and we feel as though they are always right behind us. At this stage we need them because I think it would be a huge regret if we didn't achieve what we want to.
"It isn't just about the group of players and the staff - there are thousands upon thousands of people around the world who support Swansea City and it is vitally important that we stay in this league." 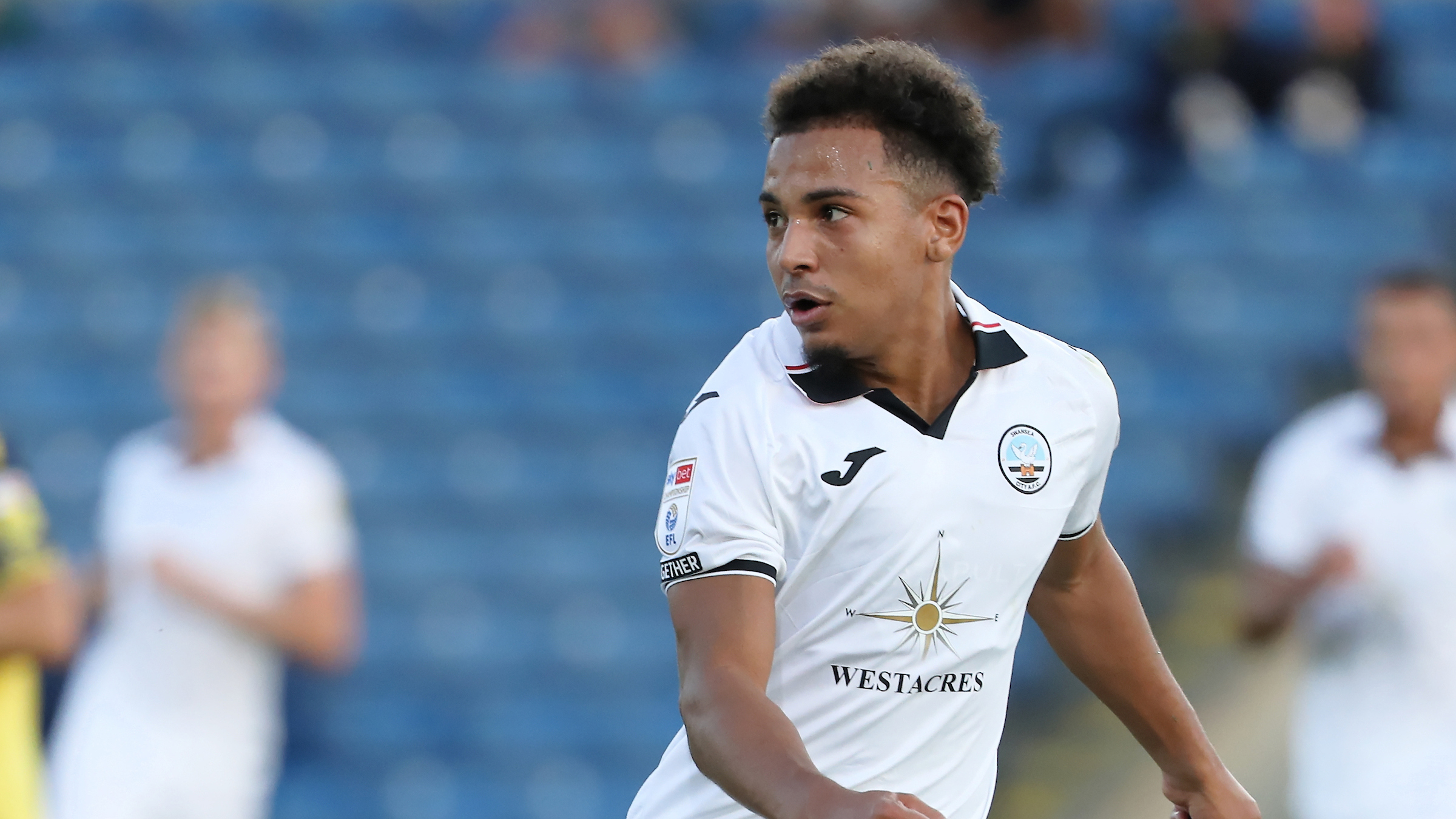 Check out a selection of the best images from Swansea City's Carabao Cup first-round clash with Oxford United at the Kassam Stadium.