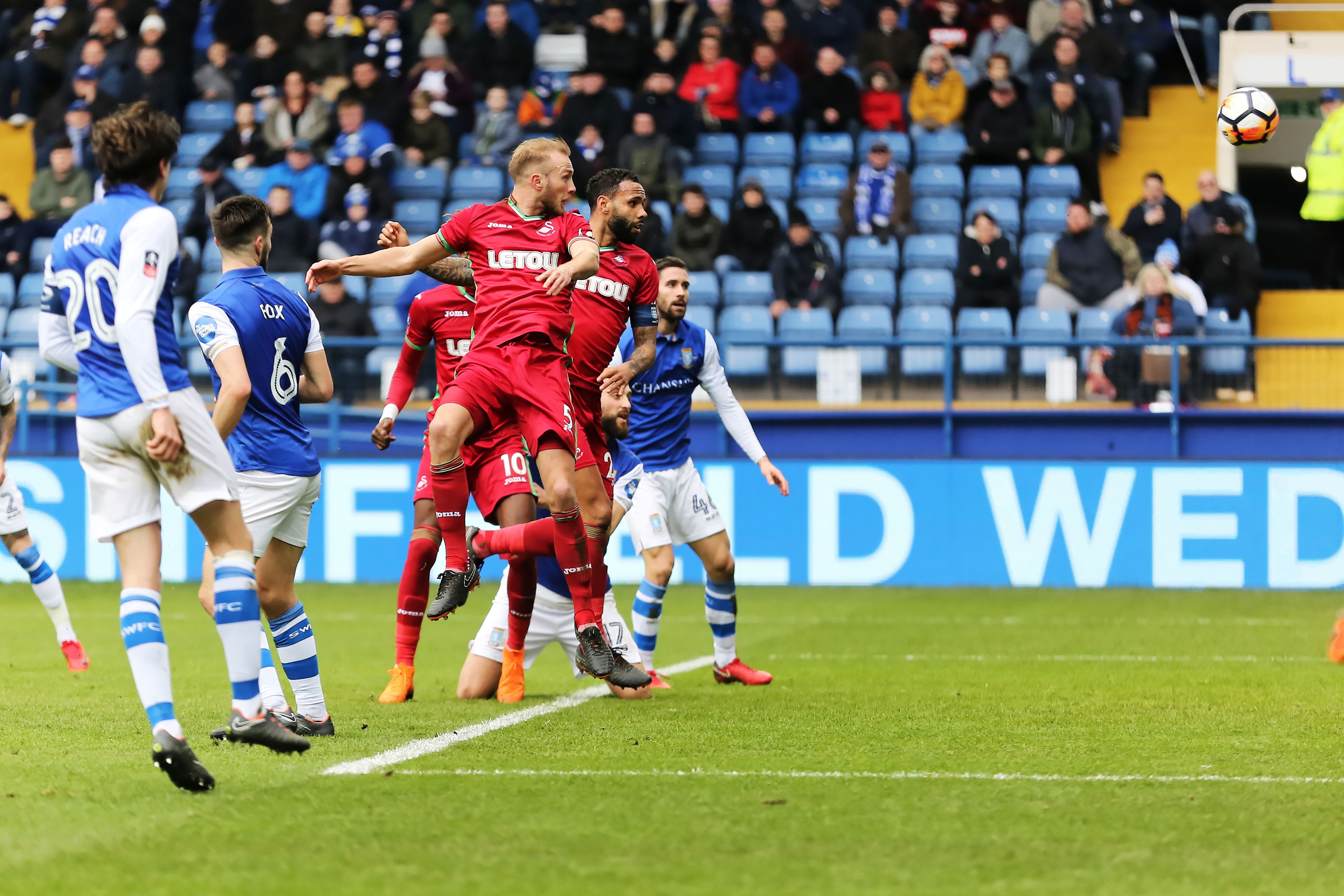 As Swansea City and Sheffield Wednesday prepare to lock horns this weekend, we look back at some past meetings against the men from Hillsborough.

Here, we recall games in the FA Cup, the Championship and the old Second Division.

A goalless draw at Hillsborough ensured Swansea City would require a third-straight replay in the FA Cup with neither side able to find a breakthrough at Hillsborough.

It was an emotional afternoon for then-Swans boss Carlos Carvalhal as he came up against his old club, and the Portuguese got a warm reception from the home support.

Adam Reach had threatened early on as the Owls started brightly, but the closest either side came to a goal was when Mike van der Hoorn's header was acrobatically saved by Cameron Dawson.

Wednesday could have won it late on, but Atdhe Nuhiu could only fire straight at Kristoffer Nordfeldt.

Swansea would win the replay but lose to Tottenham in the quarter-finals.

A brace from Darren Pratley ensured Swansea City remained in the play-off places as Christmas arrived during the 2009-10 season.

Midfielder Pratley gave the visitors the dream start when he fired home the opener after just five minutes, from a Gorka Pintado lay-off.

Dorus de Vries made a good stop from Jermaine Johnson at the other end, and also kept out a Darren Purse header as the hosts - under caretaker boss Steven McAuley following the departure of Brian Laws - pushed for a leveller.

But Pratley sealed the win as he tapped home a Nathan Dyer cross.

Swansea City's hopes of promotion to the top-flight were dealt a blow as defeat at Hillsborough extended their losing run to five games.

Without a victory since a Boxing Day triumph over Bristol Rovers, the Swans fell behind in just the 11th minute as Wednesday striker Mel Sterland found the net from close range.

David Giles and John Mahoney had half chances as John Toshack's side sought a way back into the game.

But their hopes of a result were ended 19 minutes from time when their promotion rivals added their second through midfielder Kevin Taylor.

Of course, the Swans would bounce back from this poor run to seal promotion at Preston on the final day of the season.

A disputed late goal denied Swansea Town their first away win of the season in an entertaining clash at Hillsborough.

The visitors had taken the lead in just the sixth minute as Ivor Allchurch showed his typical poise in front of goal to finish a deft move.

The Owls levelled on the hour through England international Jackie Sewell, only for the Swans to hit back just two minutes later thanks to a strike from Terry Medwin.

But Sewell got his second of the game in the final moments, much to Swansea's frustration.