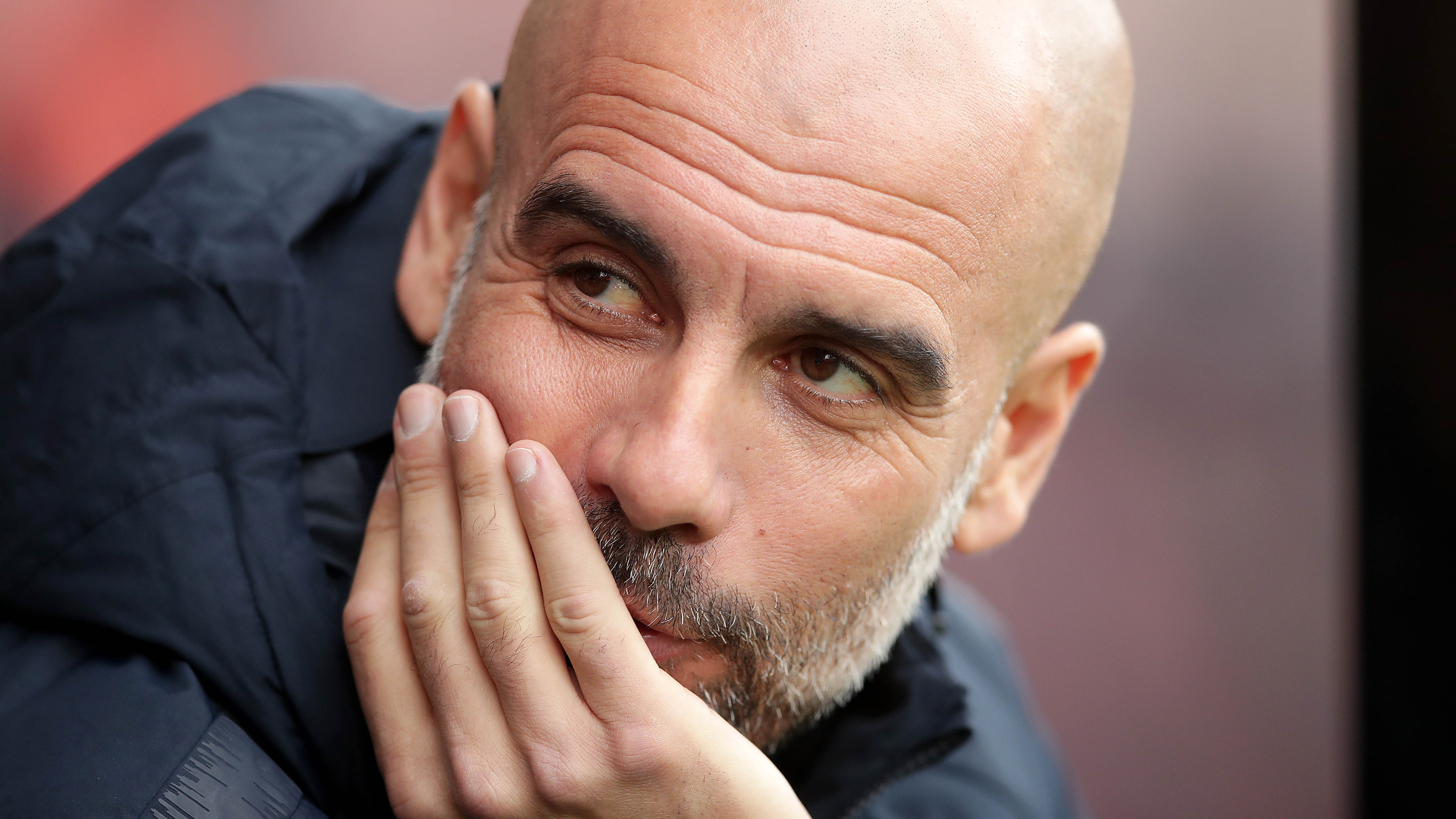 Manchester City boss Pep Guardiola had warm praise for Swansea City and Graham Potter after the Premier League champions were pushed all the way in their 3-2 FA Cup win at the Liberty Stadium.

The Swans had looked on course for a major upset when goals from Matt Grimes and Bersant Celina had the hosts 2-0 to the good after 29 minutes.

But City netted through Bernardo Silva, a Kristoffer Nordfeldt own goal and a Sergio Aguero header to fight back and advance to a Wembley semi-final.

However, when asked if he has sympathy for Potter and his players in seeing no reward for their character and quality, Guardiola was effusive in his praise.

"Of course (I have sympathy). I enjoy to watch his team, the courage they played with and the type of players they want," he said.

"David Silva told me when I just arrived in my first season in England, I came here to play in the Carabao Cup, and they told me this team always want to play.

"They had courage to play and they played good.

"(Daniel) James is incredibly fast, so it's not easy. We knew that, we spoke about it.

"We had a real test, especially after the adrenaline of the Champions League and everybody was talking about the draw.

"Nobody asked me one question about Swansea (in his pre-match press conference).

"So you have to say congratulations, it was incredible. But we didn't give up. We adjusted things and the quality of our players made the difference."