He replaces Chris Hughton following his exit from the Amex Stadium last week.

Potter will be joined at Brighton by his backroom team of assistant manager Billy Reid, assistant coach Bjorn Hamberg and head of recruitment Kyle Macaulay.

Swansea City chairman, Trevor Birch, confirmed: “We received a request from Brighton last week to speak to Graham over the vacant managerial position at the club.

“We had absolutely no desire to lose the services of Graham after the excellent work he had done over the course of his debut season. We therefore declined Brighton’s initial request to speak to him.

“We then spoke to Graham in length over the request. These discussions included the offer of a new, improved contract and certain assurances regarding future squad strengthening. These assurances would have had to sit within our current financial budget, but we were confident that by working together we could build on the excellent progress the team made last season.

“Unfortunately, following those amicable discussions, Graham expressed a desire to challenge himself in the Premier League and we reluctantly allowed him to speak to Brighton after agreeing a compensation package.

“It goes without saying that we are very disappointed to lose Graham and members of his backroom staff, but we would like to thank him for the excellent work he did during our first season of transition and we wish him well at Brighton.

“We will endeavour to keep supporters aware of any developments.’’ 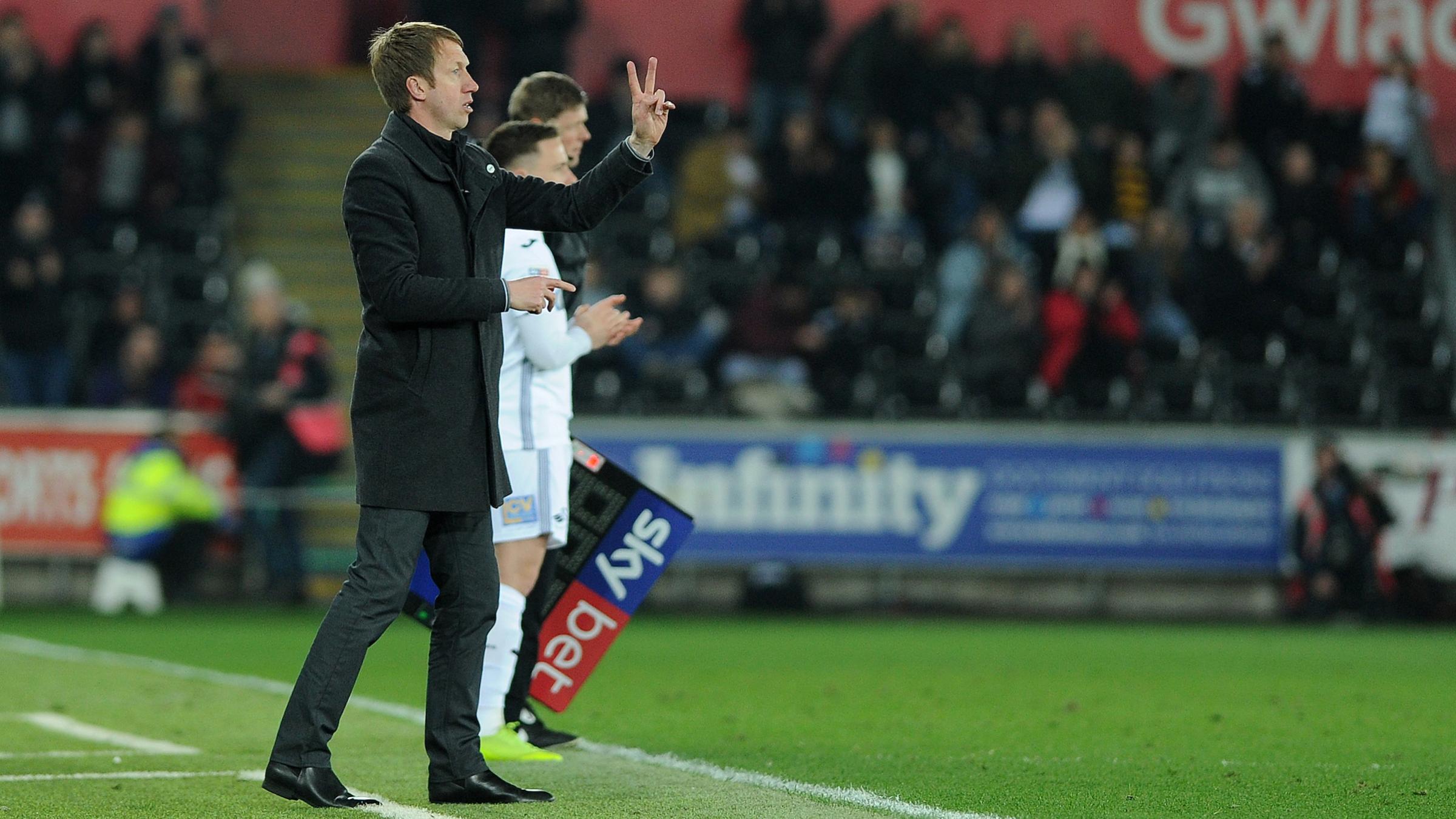 Potter leaves 11 months into a three-year contract, having led the Swans to a 10th-placed finish in their first year back in the Championship along with reaching the FA Cup quarter-finals.

Having arrived from Swedish outfit Ostersund last June, he promoted a number of the club’s academy prospects into the first team following the departure of a number of senior players.

The likes of Daniel James, Joe Rodon, George Byers, Oli McBurnie, Matt Grimes and Connor Roberts all became key figures of Potter’s plans, with the team also returning to the attractive style of football that was pivotal to the Swans’ success during their rise to the top and early years in the Premier League.

Swansea City would like to thank Graham and his staff for their service and work during their time at the club.