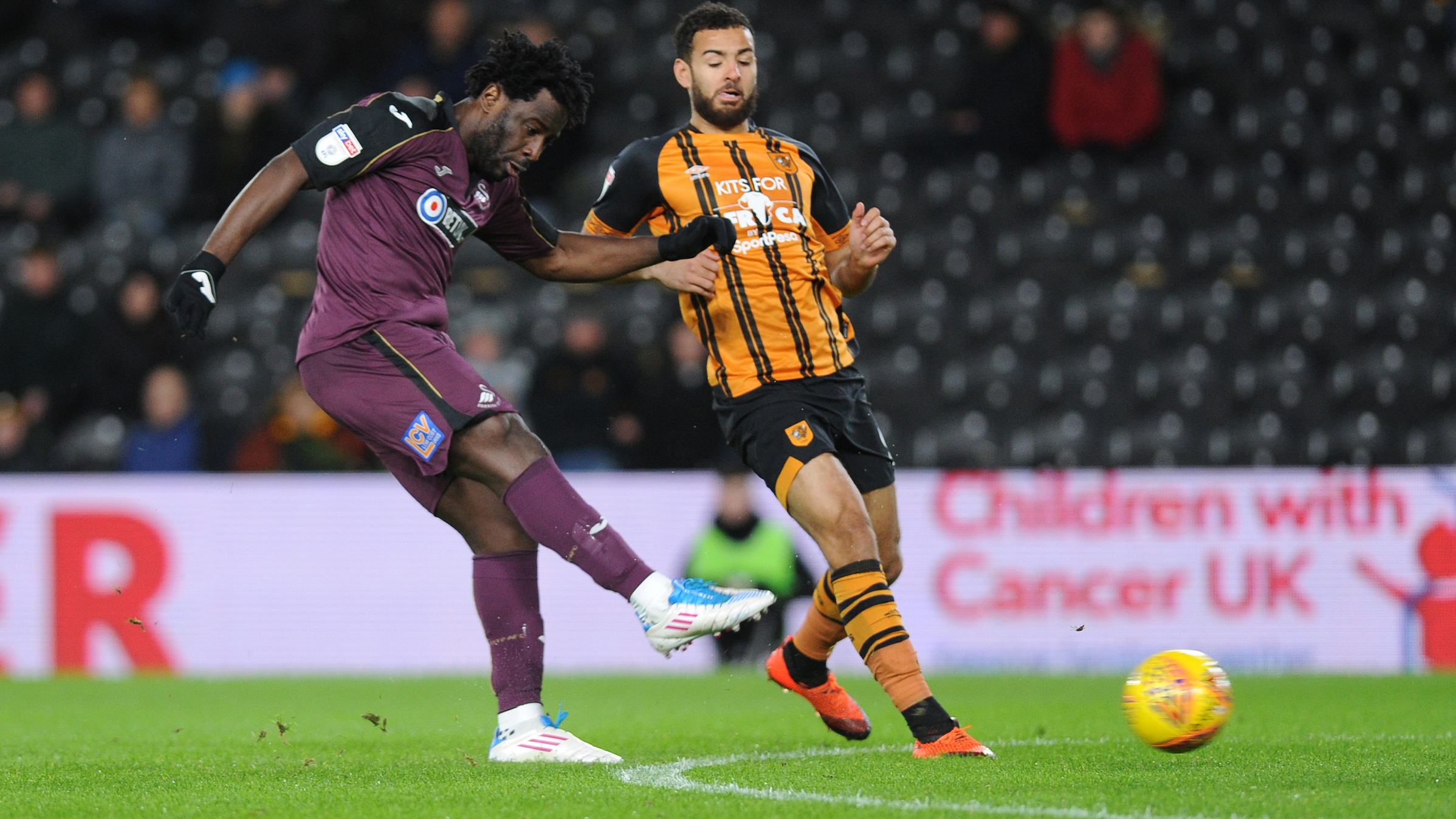 Graham Potter was pleased to see Wilfried Bony back among the goals for Swansea City after the Ivorian found the net for the first time since returning from injury.

Bony recently returned to action having spent nine months on the sidelines after suffering a tear in his cruciate ligament in February.

He had last started a league game for the Swans at Everton last December, but he did not take long to make his mark as he fired home from the edge of the area in just the third minute at Hull.

Unfortunately it was not enough to help the Swans to victory as a Jarrod Bowen brace and a Tommy Elphick header ensured Bersant Celina's late strike was little consolation for the visitors.

But seeing Bony back on the scoresheet was one positive the Swansea City boss could take from the KCOM Stadium defeat.

"It was a dream start for him. I know how hard he has worked to get back from a serious injury," said Potter.

"It is nice for him, it is an injury that takes a long time to come back from. He is a big guy and he has had to work really hard to get back to where he is.

"Goals make football a lot easier and that is an area where we can improve."

Bony was withdrawn just after the hour mark having felt some discomfort in his groin and Potter says he will be assessed ahead of the Boxing Day clash with Aston Villa.

"He felt his groin at half-time and felt some tightness in that area, so he was not comfortable to play more than 15 minutes (of the second half)," added Potter.

"We will see how he can recover, how the process goes ahead of Villa with the second game coming quite quickly.

"It's a short time when you've just played your first match in quite a long time."