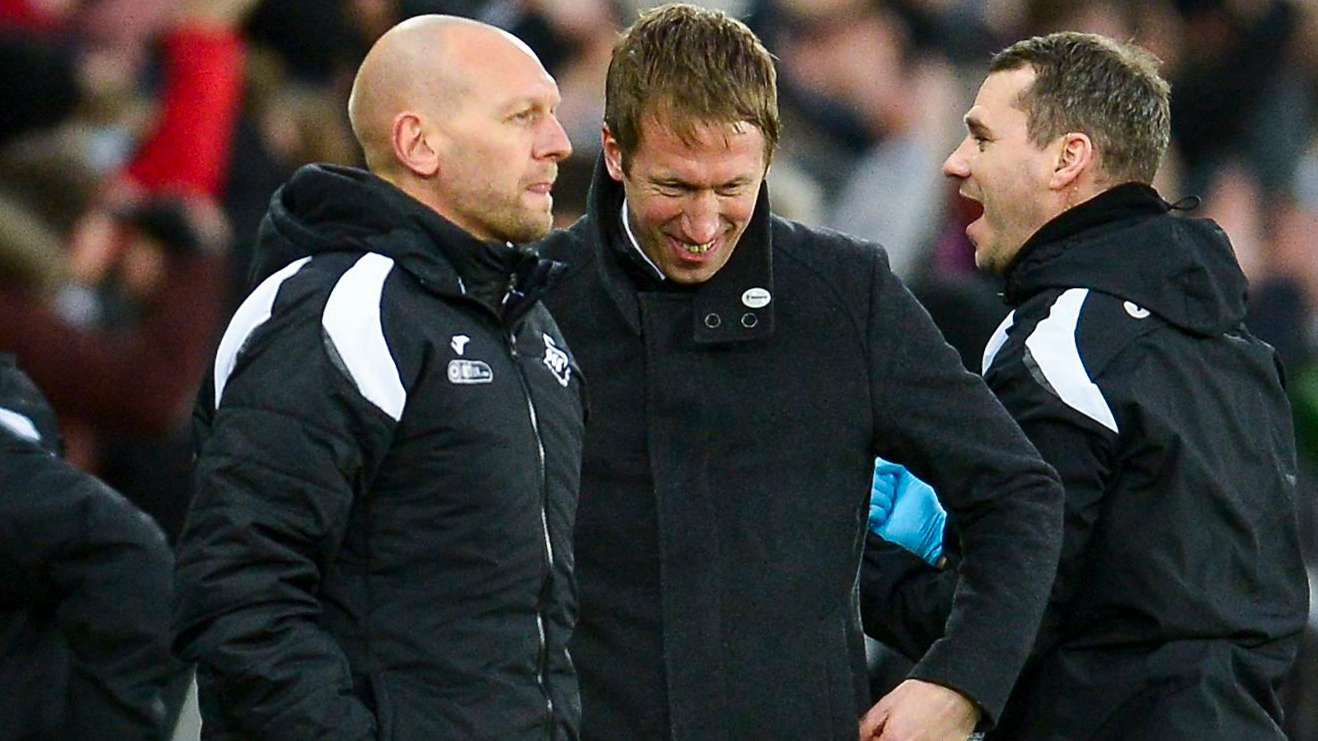 Graham Potter hopes Swansea City's performance against Manchester City will give his players the belief to finish the season strongly.

The Swans saw their dreams of a first FA Cup semi-final since 1964 dashed as the Premier League champions fought back from a two-goal deficit to seal a 3-2 victory in a frenetic and often chaotic encounter.

It was a display of great character, and no little courage and quality from Potter's side, who found the net through Matt Grimes and Bersant Celina.

The Swans return to Championship action after the international break with 10 games remaining in the season, and Potter hopes the positives from the manner in which they troubled a Manchester City side seeking a quadruple can boost his players over the final run-in.

"In terms of the performance it is not as simple as simply picking it up and transferring it to the Championship," he said.

"We play Nottingham Forest away next and it is a completely different game, we have to take the good things from this, understand how we can improve and move on to the next match.

"The players are disappointed we have gone out, and they feel there are a couple of decisions that could have gone our way and they haven't.

"But I hope they are proud and understand what they have done. They have been competitive in a game against a world class team so hopefully that gives them the believe that we can play football and improve."

Josh Thomas | Watching from the sidelines was tough, but it made me realise how much I want this

Josh Thomas has returned from 18 months of injury misfortune desperate to make the most of every minute at Swansea City, with the young striker having earned a contract extension through to the summer of 2024.