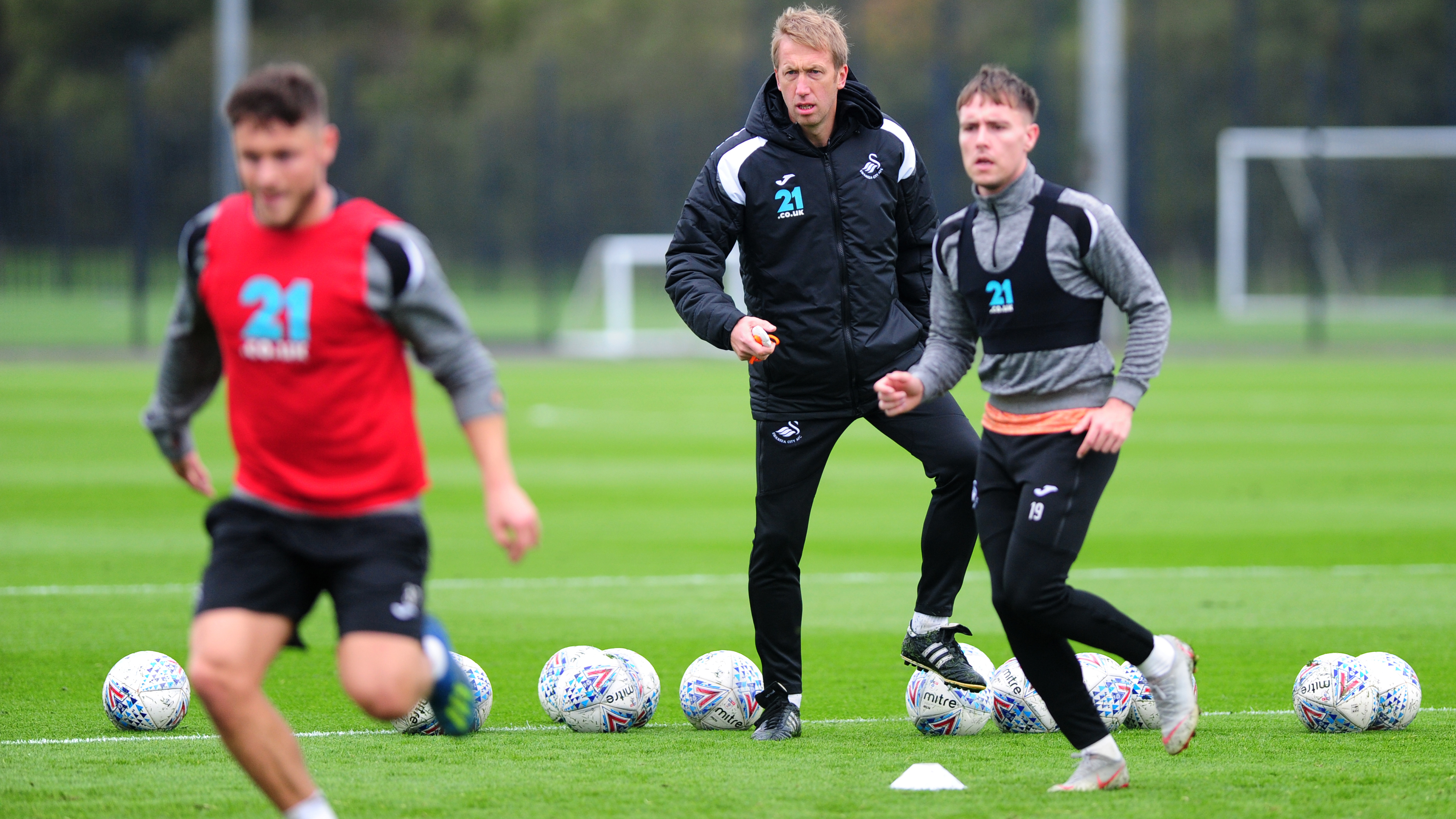 Graham Potter says Swansea City cannot afford to get caught up in thoughts of FA Cup history or possible Wembley appearances if they want to get past Brentford in Sunday's fifth-round tie.

The Swans host the Bees at the Liberty Stadium on Sunday (4pm), knowing victory will see them reach the quarter-finals of the famous knock-out competition for the second season in a row, and just the fifth time in their 107-year history.

It is 92 years since the Swans last reached the last-eight in consecutive seasons, and would put them just one step away from a semi-final at Wembley.

But manager Potter and his players are putting such thoughts on the backburner as they try to plot their way past Thomas Frank's in-form visitors.

"That is a surprising stat to me," said Potter when told how often the Swans have reached the sixth round.

"But we cannot think too much about that, we have to focus on the game which presents a big enough challenge against a team I have a lot of respect for.

"What dominates my thinking is how we can win the next match, we can't worry about what might happen or what might be. You just have to try and win.

"At the stage we are at, we want to go into any game we have and believe we can win and go forward from there.

"But I am a million miles away from thinking about Wembley. I have far too much respect for Brentford and what they do to think about anything other than how we can beat them.

"We want to get through to that next round, but you cannot do that by thinking about what it might mean to the club or what you might get in the next round."