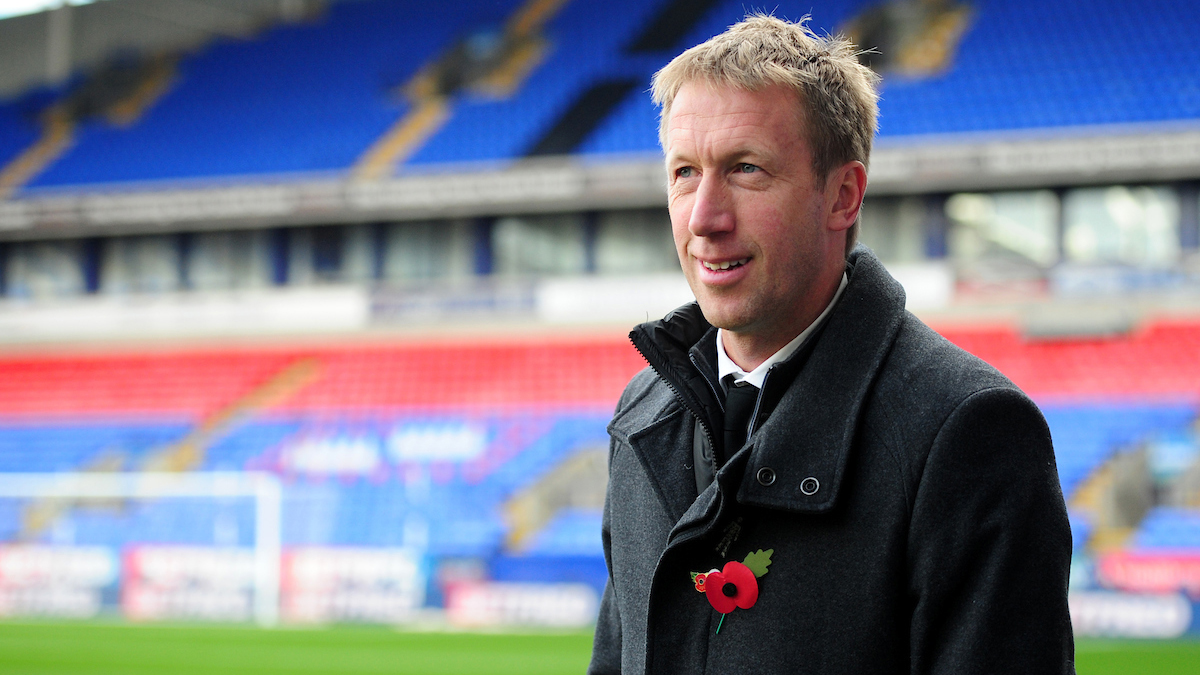 Graham Potter says Swansea City must keep their focus firmly on their Championship clash with West Brom, and cannot afford to cast their eyes ahead to the weekend's FA Cup quarter-final against Manchester City.

Having suffered defeat despite a strong performance at leaders Norwich on Friday, the Swans have two more challenging assignments ahead of them before the international break.

They travel to The Hawthorns on Wednesday night (8pm) to face the Baggies, who parted company with manager Darren Moore on the weekend but are firmly in the promotion mix.

Just three days later, Swansea welcome Premier League champions Manchester City to the Liberty in the last-eight of the cup, with a place in a Wembley semi-final on the line.

But manager Potter insists the two upcoming fixtures are of equal importance to Swansea's season, and will each require the full focus of he and his players.

"The Manchester City game doesn't come into my thinking in terms of preparing or selecting the side (at West Brom), we are at the back end of the Championship season, we have an important game on Wednesday, that's the challenge," he said.

"In an ideal world maybe you would want it to be a bit different, but we play Friday, Wednesday, Saturday and we have focus on West Bromwich Albion.

"That's our next match and we want to play well and try and win. Once that game is over then we can start to think about Manchester City.

"They are both big games, one game is an opportunity to get to the semi-final of a major competition, the other game is a chance to keep in that hunt and keep our season going and win a game of football in the Championship, which is important for us with the stage we are at with our team and the development of our players.

And Potter wants to see the Swans build on their display at Carrow Road, a performance which won them plenty of plaudits and the praise of Canaries boss Daniel Farke.

"We did not get the result but there were a lot of things that we felt were positive about our performance.

"Of course you cannot just pick up from where you left off, you have to start again against a team in the top six who are going for promotion."