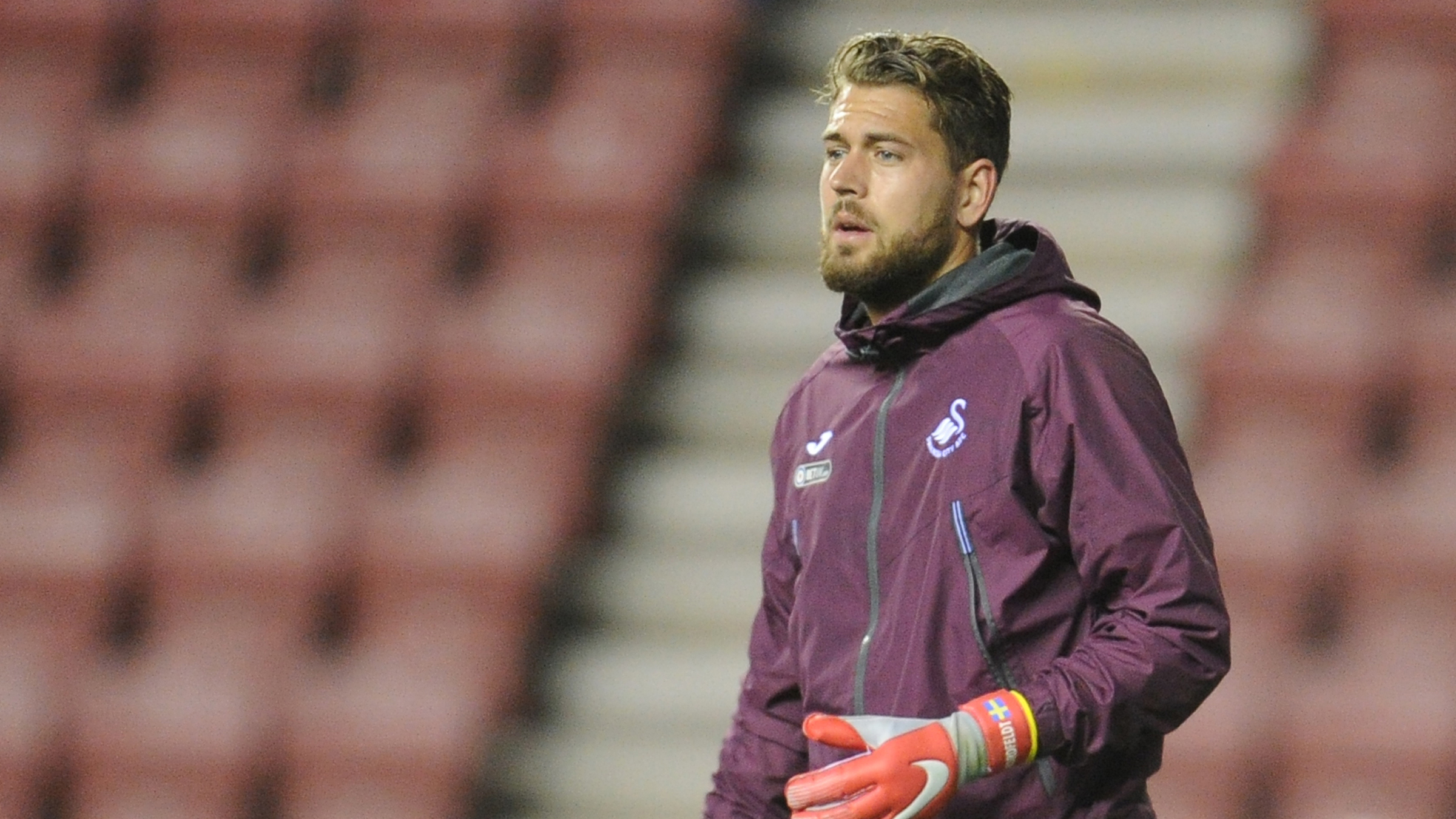 Potter: We're lucky with our keepers

Graham Potter reckons Swansea City are “really fortunate” to have two high-class goalkeepers at their disposal.

Potter handed Kristoffer Nordfeldt a surprise recall at Wigan Athletic in midweek and the Swedish international justified the manager’s decision by registering a clean sheet.

But Erwin Mulder could consider himself unfortunate to lose his starting berth having managed five shutouts in his first nine league appearances for the Swans.

The two stoppers are now wondering who will get the nod to face Ipswich Town on Saturday – and Potter admits it will not be an easy call.

“I think we have got two really good goalkeepers – two competitive goalkeepers at this level,” said the Swans boss.

“Kristoffer started the season at Sheffield United and did well. We won that game, then unfortunately he got injured.

“He did well against Crystal Palace in the cup, but in the meantime Erwin came in and helped us immensely.

“I am really fortunate to have two good goalkeepers. Just like any other position, it’s a question of who the right player is to help us win a particular game.”