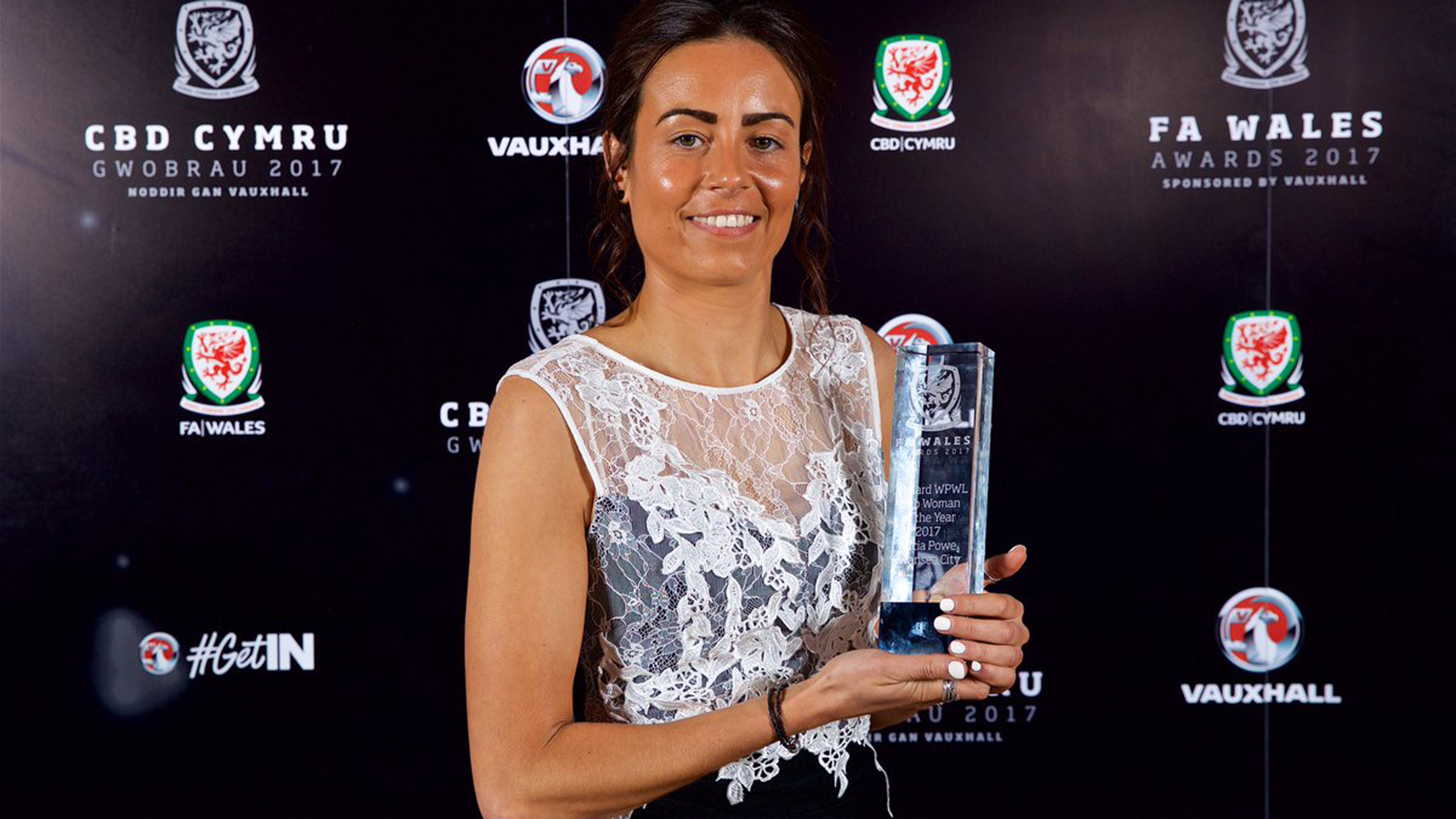 In her thirteenth season at the club, the defender played a pivotal role in Swans Ladies’ title success last season and captained the side in Romania during the Uefa Women’s Champions League this August.

“It feels amazing to win such a prestigious award - I’m really grateful to everyone involved for choosing me to win this,” said Powe.

Powe was among a list of other winners on the night including Real Madrid’s Gareth Bale, Welsh Women’s international Jess Fishlock and former Swan Joe Allen.

“It was incredible to represent the Welsh Premier Women’s League and to be on the same list of winners as footballers such as Gareth Bale, Jess Fishlock and Joe Allen,” added the 27-year-old, who has amassed over 350 appearances for Swans Ladies.

“You never really feel that you should win individual awards or be deserving of them. Football has always been a major part of my life, I’d probably be lost without it."

Powe took the opportunity to thank those who have helped her throughout her footballing career. She added: “I couldn’t take all the credit for the hard work over the years - my team-mates, coaching staff and family have given me the opportunity to achieve and made me the footballer I am today”

Swans Ladies manager Ian Owen noted how important the skipper has been for the club since making the switch from Llanelli Ladies back in 2004.

“Thirteen years of service says it all about Alicia. Her commitment to the club is an example of how we would like all our players to be,” explained Owen.

“I have had the pleasure of working with Alicia and seeing her develop into an inspirational player, a leader and a great captain. I hope there are many more years to come."