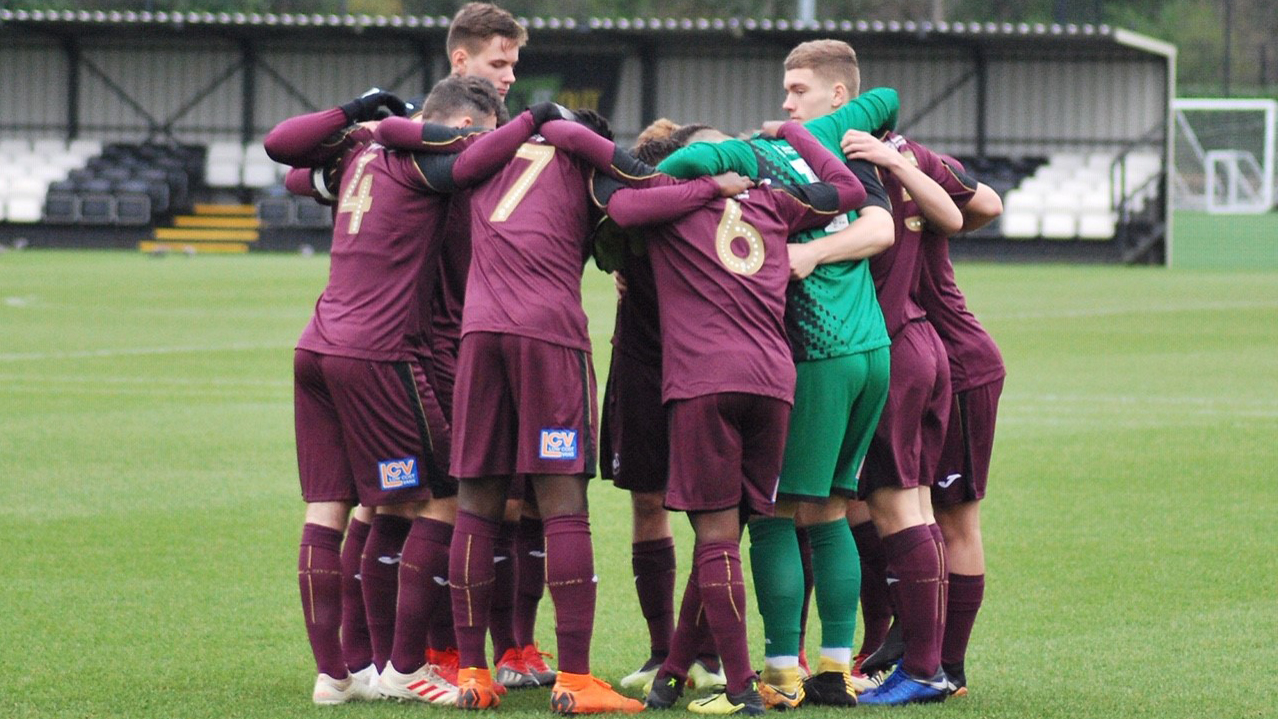 Swansea City Under-19s will be aiming to remain on course for a 10th consecutive FAW Youth Cup success when they clash with Cardiff City in the semi-finals on Wednesday (7.30pm).

The young Swans lay their title defence on the line at Stebonheath Park – the home of Llanelli Town.

Jon Grey and Anthony Wright’s side have made a solid start to this year’s competition – beating Aberystwyth Town 2-0 before cruising to a 5-1 success against Merthyr Town in the quarter-finals.

Meanwhile, Cardiff have scored a whopping 38 goals without reply in their opening three matches.

After thumping Tiger Bay 17-0, Taffs Well were swept aside 11-0 while Llanelli were also on the receiving end of a 10-0 thrashing with striker Dan Griffiths scoring four times.

Wednesday night’s clash will be a repeat of last year’s final at the Liberty Stadium, where the Swans prevailed 3-2 on penalties following a 1-1 draw.

Kees de Boer, who was on target in the shootout, is likely to feature once more tomorrow and is fully aware of the game’s importance.

“Obviously, there is a history between Swansea and Cardiff and I really enjoy playing in these games,” the Dutch midfielder said.

“This is another good opportunity for us to get through to the final. We’ve won the trophy in each of the last nine years and don’t want to be the team that doesn’t win it.

“It’s important that we just focus on this game for now. But we have a strong team with good players and, if we all work hard and do our jobs, I’m confident we can get the win.”

The match kicks-off at Stebonheath Park at 7.30pm with ticket prices £4 for adults, £2 for juniors/OAP's and £1 for programmes.