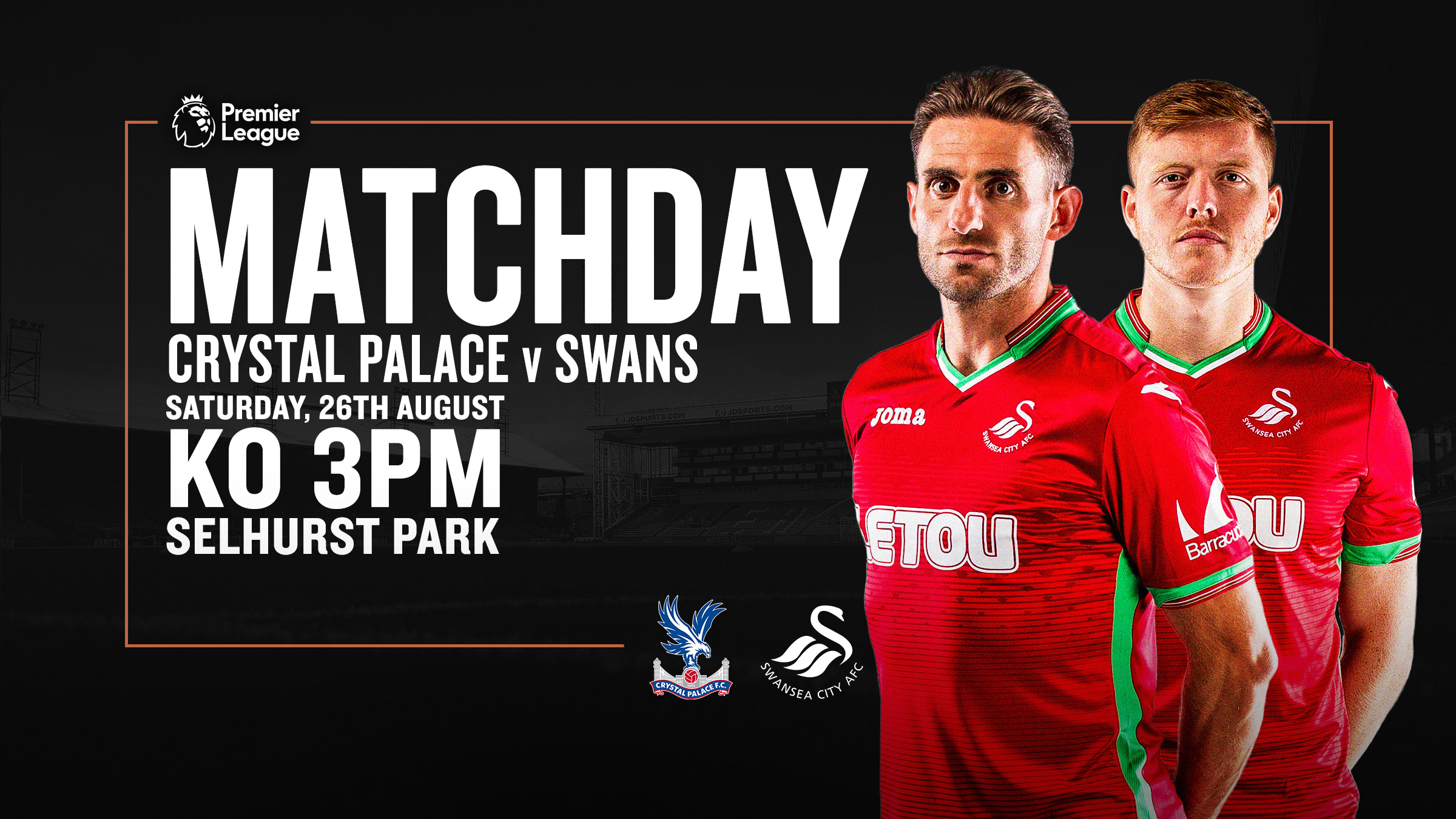 Swansea City go in search of their first Premier League win of the season when they take on Crystal Palace this afternoon (3pm).

The Swans head to South London in upbeat mood having chalked up their maiden victory of 2017-18 at MK Dons in midweek.

Paul Clement’s men fell behind to their League One hosts, but quickly levelled through Leroy Fer and eventually got their rewards for a dominant display.

Fer scored his second goal of the night to put the Swans in front, then Tammy Abraham netted his first for the club before the impressive Jordan Ayew wrapped up a 4-1 win.

Now the Swans will look to follow up that Carabao Cup success by claiming three points at Selhurst Park.

The Swans have a fine record against their opponents this weekend, having lost only one of their last 12 games against Palace.

Their most recent encounter was in the English capital last January, when a late Angel Rangel goal gave the Swans a 2-1 win in their first game after Clement took charge.

Palace are now under new management, having appointed Frank de Boer as their new boss following Sam Allardyce’s decision to step down in the summer.

The former Dutch international star claimed his first Eagles victory in midweek as Ipswich were beaten 2-1 in the cup.

And Palace will be desperate to follow up that win with another success today having lost their first two league games of the season against Huddersfield and Liverpool.

The Swans are boosted by the return of Leon Britton after their club skipper missed the last two games with a back problem.

Sam Clucas is also available following his move from Hull City, but Kyle Bartley misses out after damaging knee ligaments at MK Dons.

Fernando Llorente is not yet ready to return following his broken arm, while Ki Sung-Yueng and Nathan Dyer remain on the sidelines.

Palace are without long-term absentees Connor Wickham and Pape Souare, but Yohan Cabaye returned in midweek after an injury lay-off.

Wilfried Zaha is set to miss out because of a knee problem suffered on the opening day of the season, while on-loan Chelsea midfielder Ruben Loftus-Cheek (groin) will also be absent.

Crystal Palace keeper Wayne Hennessey: “Obviously Swansea are without Llorente and (Gylfi) Sigurdsson’s left as well. They’re dangerous attacking threats, but they have new players looking to impress and we’ll be working to stop them.”

Swans boss Paul Clement: “We got a positive result at Palace last season and this is another important game for us. I always think games before an international break are important. You don’t want a bad result or bad performance hanging over you for a couple of weeks, so we want to try do well.”

12 – A total of 12 goals were scored in the two games between these clubs last season, which was more than in any other pair of Premier League fixtures in 2016-17.

1 – Only one teenager, Ben Davies, has ever scored a Premier League goal for the Swans. Tammy Abraham, who turns 20 in October, has up to four more games to match that feat.