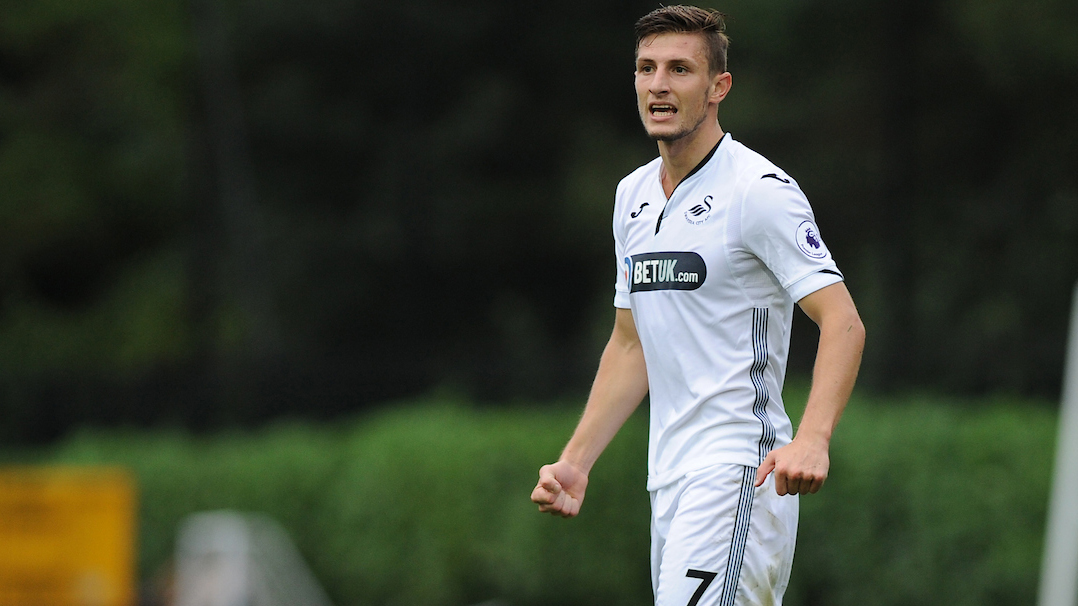 Swansea City Under-23s are back in Premier League 2 action this afternoon when they travel to Liverpool (3pm).

Here is all you need to know ahead of the young Swans’ fifth league game of the season.

The Swans are hoping to record their first victory of the Premier League 2 season, having collected two points from the opening four games.

They currently occupy 10th position – just one place and one point behind Liverpool in ninth.

After consecutive draws against Brighton, Tottenham and Manchester City, the Reds were beaten 2-1 by West Ham United last time out.

Swans midfielder George Byers: “That first win will provide a big confidence boost for everyone. Hopefully, this will be the game that kickstarts our season.”

The Swans enjoyed an impressive 3-1 victory over the young Reds in the most recent meeting between the sides.

Jordon Garrick broke the deadlock early on after 15 minutes, while Oli McBurnie doubled the lead later in the first half.

Having assisted the opening two goals, George Byers added a third shortly after the restart, before Cameron Brannagan’s penalty for the hosts completed the scoring.