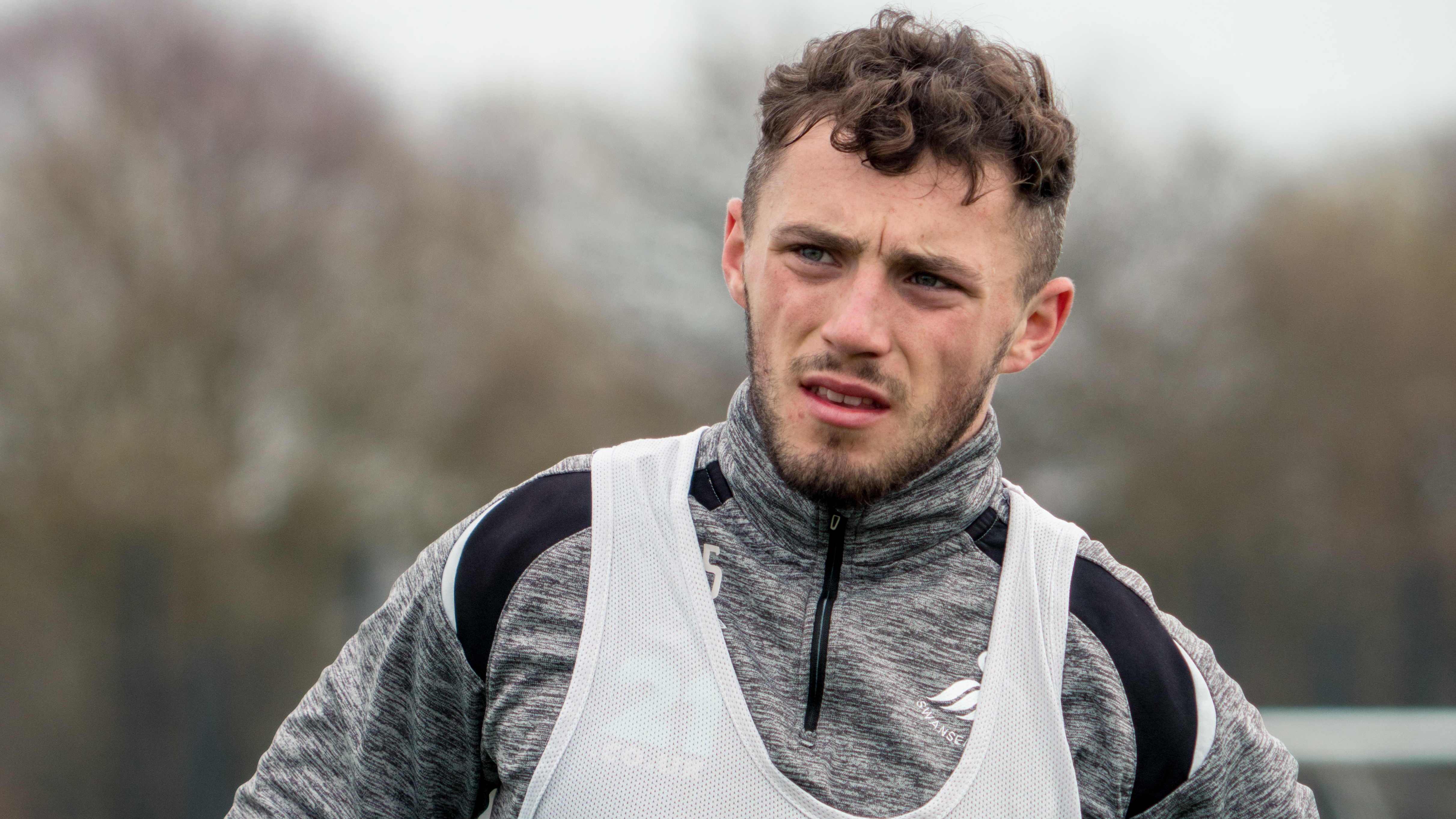 Price: We must stay positive

You can watch the young Swans in action LIVE on swanseacity.com from 7pm tomorrow evening.

The development side, who are currently six points from safety with two games remaining, must beat fellow strugglers Spurs at the Liberty Stadium to keep their survival hopes alive.

At the same time, West Ham United must lose to Derby County at Pride Park in order to prolong the young Swans’ stay in the top flight of development football until their final game against Manchester City at the very least.

The objective is clear for the under-23s and Price knows they must leave everything out on the field in their fight against the drop.

“We know we can still stay up. We need to keep that in our heads,” the 19-year-old midfielder said.

“We must stay positive, stick together and give everything.

“We just need to try our best to get what we can from the final two games.”

For the third time in Premier League 2 this season, the young Swans will have the opportunity to showcase their talents on the Liberty Stadium pitch.

Price, who was part of the under-19s side that were victorious there in last season’s FAW Youth Cup final, is hoping to make his first appearance for the under-23s at the place where he has been a season ticket holder since 2008.

“We’re really looking forward to playing at the Liberty. I’m sure there will be lots of people watching and that will give us more motivation to perform well,” he continued.

“Having watched from the stands as a kid, it’s a dream come true to play there.

“It may be at under-23s level but it’s still a big achievement. Hopefully, if I get on, I’ll realise how much it means to me.”

While Price has been an ever-present in the Premier League Cup, just four of his 15 appearances for the development side this season have come in Premier League 2.

Nevertheless, he has started each of the under-23s’ last three games in all competitions and is looking to establish his place in the team between now and the end of the campaign.

“The first half of the season was quite tough,” he observed. “My minutes were limited but, as the year has gone on, I feel like I’ve developed a lot and got used to this level.

“I’m having a good run of games at the moment and I’m really enjoying it.

“I’m hoping to keep that going now. I feel like I’ve made good progress and I want to nail down my spot in the team.”

Once again, supporters can watch the under-23s for free at the Liberty and raise money for a cancer charity in support of Jack Evans.

Young midfielder Evans was diagnosed with cancer last summer and received treatment at the Teenage Cancer Trust’s unit in the University Hospital of Wales in Cardiff.

Thankfully the 20-year-old, who has been part of the Swans’ academy since the age of eight, is now in remission after successful treatment and has returned to the club for the early stages of training.

Evans has helped raise money for the Trust, while the Swans’ first-team and under-23s squads have also contributed along with his family and friends.

Supporters can now add to the contribution towards the charity during the development side's final Premier League 2 fixture at the Liberty.

Rather than charge an admission fee, the club is encouraging fans to make a donation to the Teenage Cancer Trust.