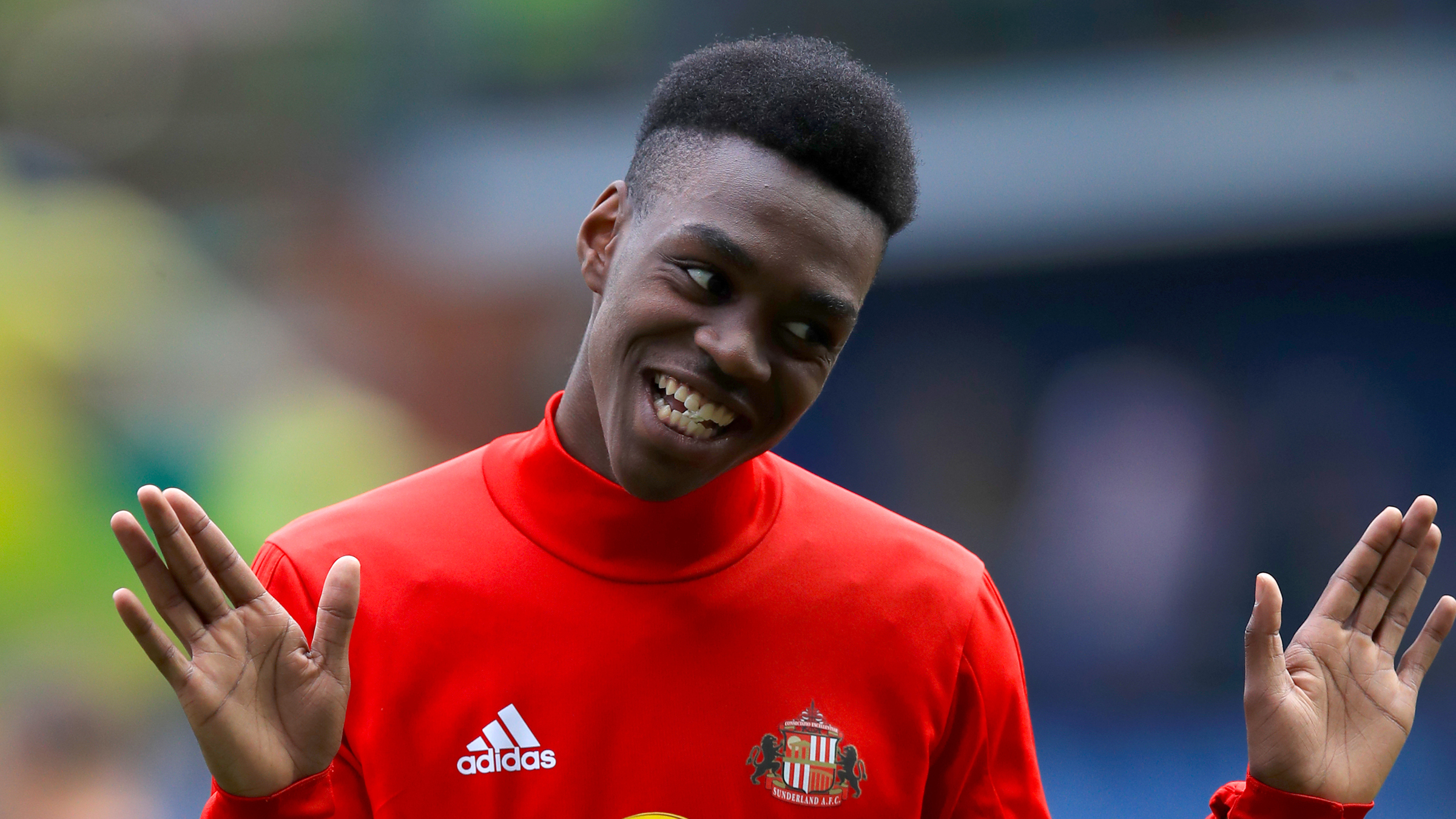 He may be young, but he has already shown plenty of promise.

After all, Joel Asoro has clocked up 35 senior appearances for Sunderland even though he only turned 19 in April.

Swansea City have signed a player who is not short on potential.

Such has been the quality of his performances in Sunderland colours, in fact, that he has been touted as a potential target for a string of Premier League clubs – not to mention various European sides – in recent months.

Hence the Swans are delighted to have won the battle to secure his signature.

He is capable of playing either out wide or as a central striker, and he is blessed with searing pace as well as technical quality.

It was that blend of talents which made him stand out as a youngster playing in his native Sweden, first for IFK Haninge and then IF Brommapojkarna.

Haninge are a lower-league side situated close to where Asoro was born and raised in Stockholm.

He moved on to Brommapojkarna, a club with a renowned youth set-up, at the age of 11.

By the time he was 15, Asoro was attracting admiring glances from further afield, and a successful trial at Sunderland saw him swap Scandinavia for Wearside.

He has since learnt English – and made his mark in the English game.

Regarded as one of the brightest prospects to emerge from the Sunderland academy in recent times, Asoro was handed a Premier League debut by David Moyes when he was just 17 in August 2016.

He played the final nine minutes of the Black Cats’ local derby against Middlesbrough, and two starts in the League Cup swiftly followed.

That was it as far as first-team appearances in 2016-17 were concerned, but Asoro really made his mark last season following Sunderland’s relegation to the Championship.

With Simon Grayson in charge, Asoro was given a number of opportunities as a substitute – plus one League Cup start – in the early months of what would prove to be a difficult season for the club.

He marked his first Championship start, in the 1-0 win over against Hull City last January, with his maiden goal for the club.

A run of league starts followed, with Asoro claiming his second Sunderland goal in the 3-3 draw with Middlesbrough in early March.

He featured regularly from there on in, finding the target for a third time with a precise long-range effort at Fulham in April.

Asoro finished the season with three goals in 29 appearances, and with Coleman saluting the youngster’s “really good attitude”.

A good trainer who is willing to learn, Asoro has been playing for Sweden at under-21 level since he was 18.

He was named voted Sunderland’s young player of the year last season by the club’s supporters, and the club were keen to tie him to a long-term deal.

The Swans have pounced, however, and hope Asoro will boost their hopes of a push for promotion back to the Premier League in 2018-19.

Swansea City winger Joel Asoro has completed a transfer to Djurgardens IF for an undisclosed fee, subject to international clearance.

Joel Asoro can feel his confidence returning after a tough first season at Swansea City, and has set his sights on establishing himself in Steve Cooper's first team.