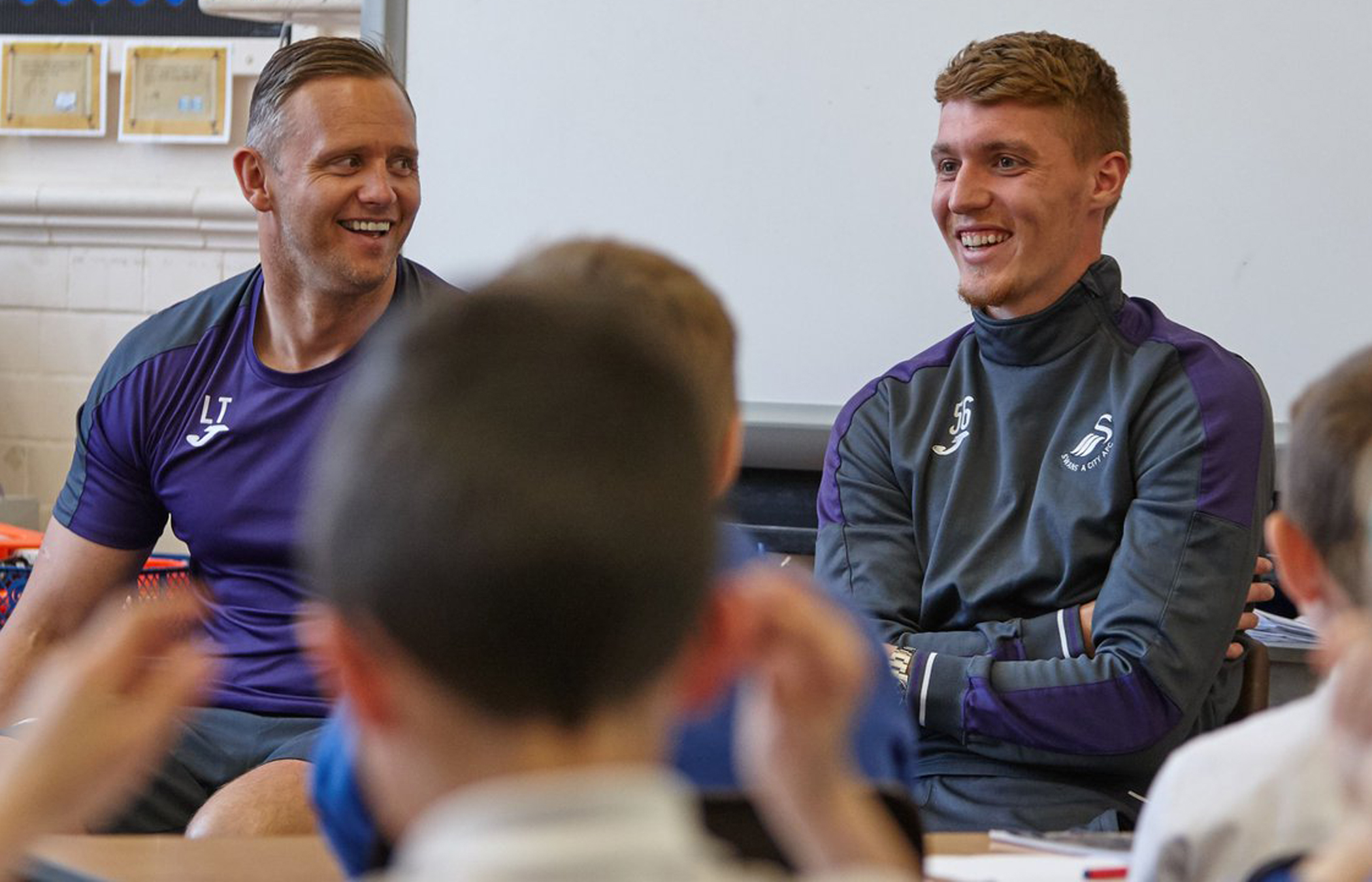 Pupils put Fulton under the spotlight

Using their in-class PL Primary Stars sessions to research the current and former Swans stars, the primary pupils from Port Talbot staged their own press conference and put their questions to the duo to find out more about their professional and personal lives.

Helping the junior Jacks with their literacy skills, the visit also acted as a reward for the students’ hard work over the course of the season.

Curtis Grant, our Primary Stars Area Co-ordinator for Neath Port Talbot, said: “It’s fantastic for the children to get the opportunity to meet Lee and Jay and it puts them in a position where they can be news reporters and interviewers and put into practice some of the work we’ve been doing over the past few weeks.”

Using the appeal of football and sport to connect and inspire, Premier League Primary Stars aims to develop skills and ambition both on and off the sports field with resources for girls and boys aged 5-11 years old and it is this aspect of the project that both Trundle and Fulton found most appealing.

“The kids set it out like it was a press conference and they had their questions prepared,” said club ambassador Trundle. “It’s nice to come in and see that they’ve done their homework and their research on the football club and on us.”

Fulton added: “I think it makes it more fun for them, especially for us to come down and join in as well. It’s fun and helps them to learn at the same time.

“These are the next generations of the fans and hopefully a couple of Swans players of the future so it’s always nice to come in and interact with the kids."

The event comes after the Premier League officially launched the project earlier this season; a season that has seen Trunds visit an array of local schools participating in the project, both on his own and with a selection of Swans stars including club captain Leon Britton.

Trundle added: “Premier League Primary Stars is a great project and it's great to get out to schools and into classrooms.

"Over the past season, I’ve been out and about to a fair few Primary Stars sessions with schools in Swansea, Neath, Port Talbot and as far away as Haverfordwest.

"It's been a pleasure to not only see the project in action, but to be a part of it as well."

If you would like to get your school involved next season, email Thomas@scfccommunitytrust.co.uk