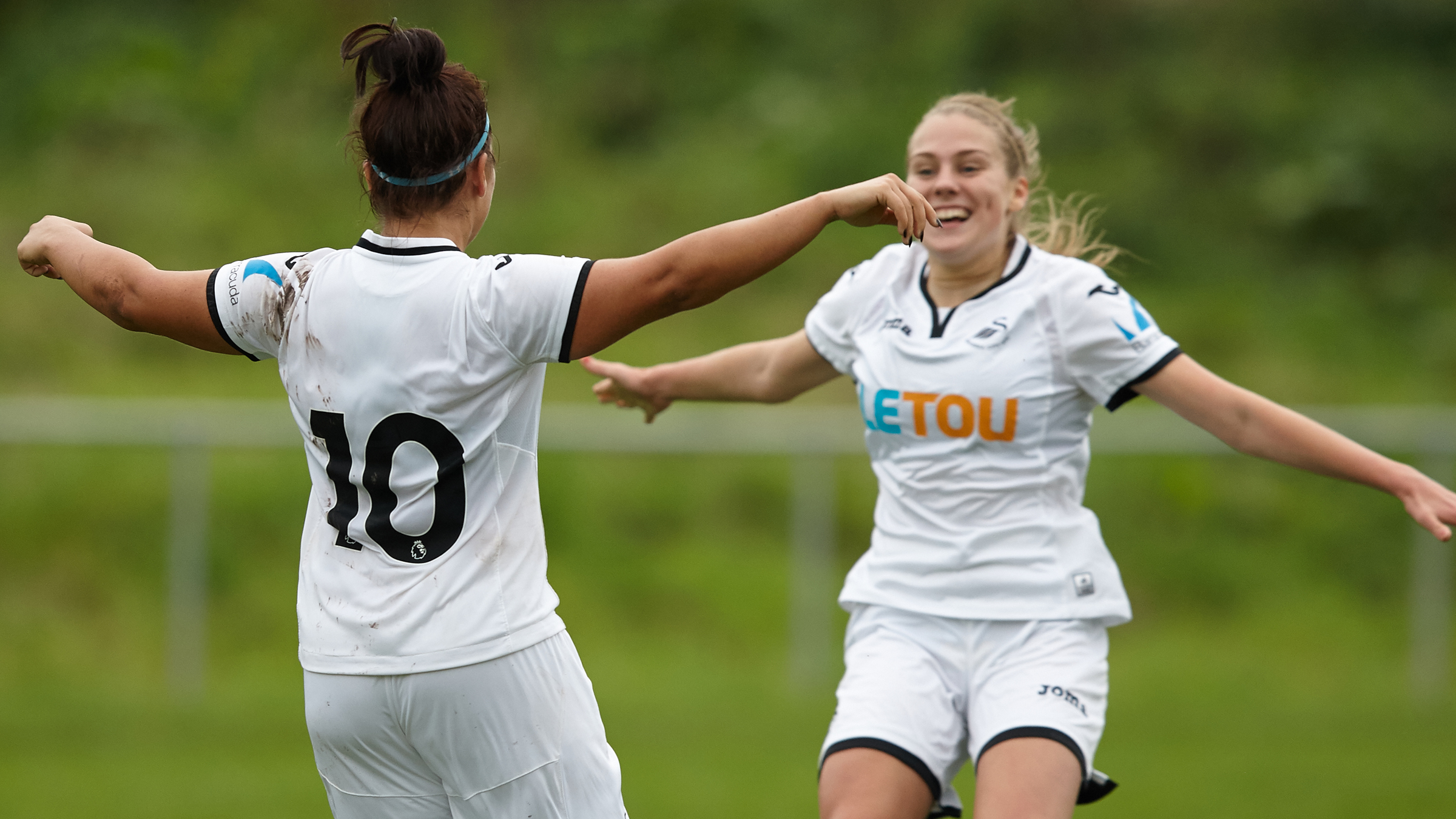 Swans Ladies continued their unbeaten start to the 2017/18 WPWL season with a 3-2 victory over Abergavenny Women at the Pen Y Pound Stadium on Sunday.

It proved a tough start for the Swans but Ian Owen’s side created chances in the opening minutes of the match with efforts from Katy Hosford going close.

Abergavenny broke the deadlock in the 18th minute when Ceri Hudson converted a free-kick to put the hosts ahead.

Soon after, efforts from Swans striker Stacey John-Davis and Hosford were denied by Abergavenny’s keeper Charlotte Hasting, whilst a great strike from Sarah Adams narrowly missed the target as the visitors searched for a leveller before the break.

The Swans raced out of the blocks in the second half as Katy Hosford fired home with an outstanding lofted strike in the 51st minute.

The visitors netted in quick succession just a minute later as Adams found the back of the net to give the Swans a 2-1 lead.

It did not take long for Abergavenny to react as Amy Thrupp equalised in the 58th minute to put the match back on level terms.

Emma Beynon went close to scoring the winner in the 73rd minute, however her great effort cannoned off the crossbar.

In the 78th minute, striker Jodie Passmore latched onto the end of an Ellie Lake cross and slotted home to seal the three points for Swans Ladies.

After securing six points in their first two matches, Beynon hopes this is a start of things to come for Swans Ladies.

“It sets us up for the season, and they’ve been two good wins so hopefully we can push on to the rest of the season with those two wins,” she added.