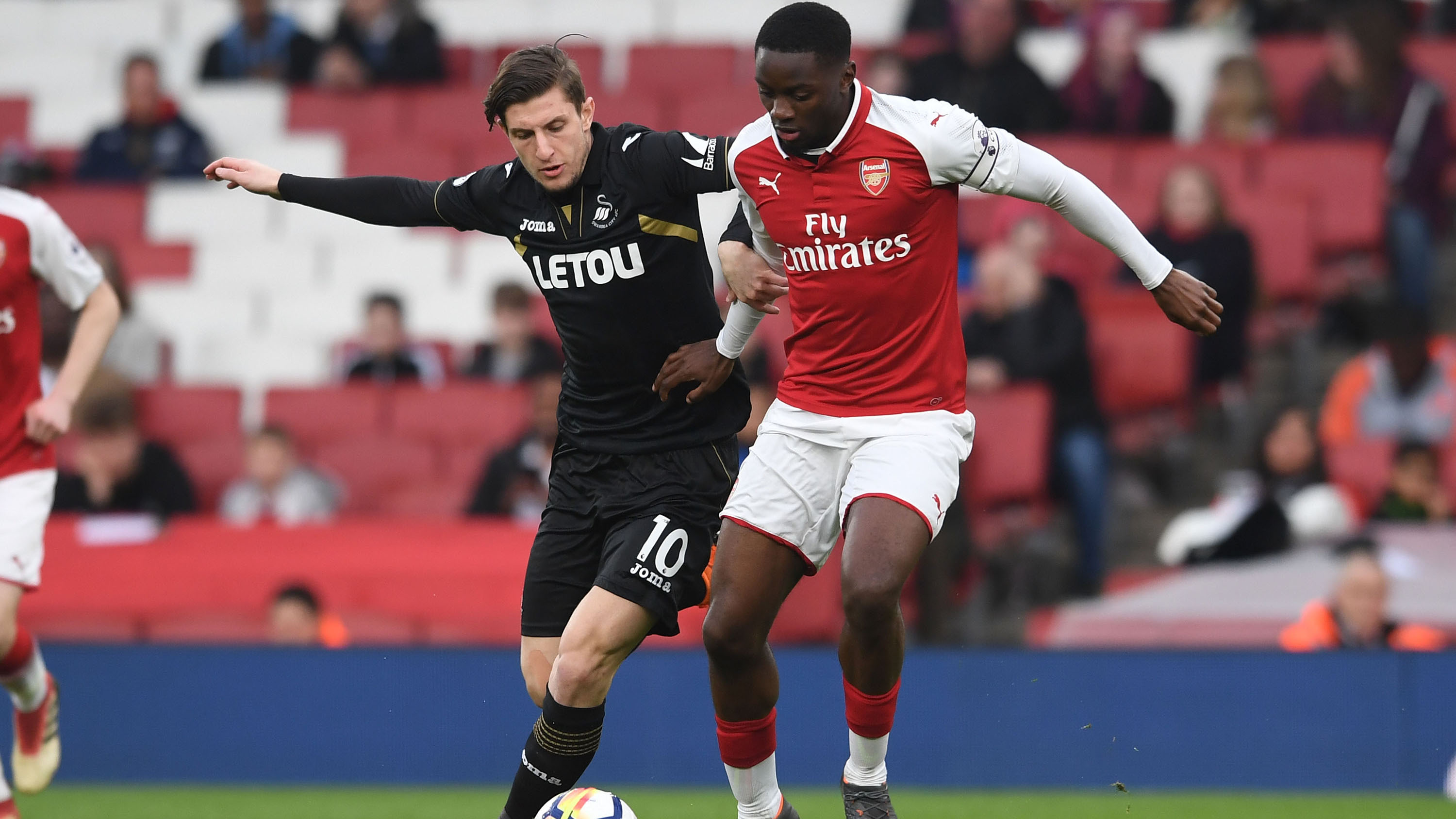 Swansea City Under-23s’ dreams of a late Premier League 2 title challenge are over following a narrow 1-0 defeat by Arsenal at the Emirates Stadium.

Charlie Gilmour struck early in the second half with what proved to be the only goal of the game, as the young Swans suffered only their second loss in 12 league matches.

Arsenal move to the top of the table following the victory – five points ahead of the Swans going into the final matchday of the season.

The visitors made just a single change to the side that started the Premier League Cup victory over Brighton & Hove Albion last week, with penalty shootout hero Steven Benda dropping to the bench in favour of the more experienced Erwin Mulder.

Arsenal began well and had a couple of opportunities to break the deadlock inside the opening six minutes.

The Swans grew into the contest and should have edged their noses in front in the 32nd minute following a neat move that saw Botti Biabi unable to turn Matthew Blake’s pinpoint cross towards goal.

However, they fell behind less than two minutes into the second half as a low corner found its way through to Gilmour, who brilliantly swept the ball into the top corner.

The visitors responded well with George Byers’ shot deflecting narrowly wide of the target, while at the other end Mulder did brilliantly to get a strong hand on Amaechi’s drilled effort.

Substitute Liam Cullen then had a great chance to level inside the final 10 minutes, but could not get a clean strike away before Jack Evans saw a low drive pushed wide by Hugo Keto.

In the end, they were unable to find the equaliser and slipped to only their second defeat in 12 Premier League 2 games.