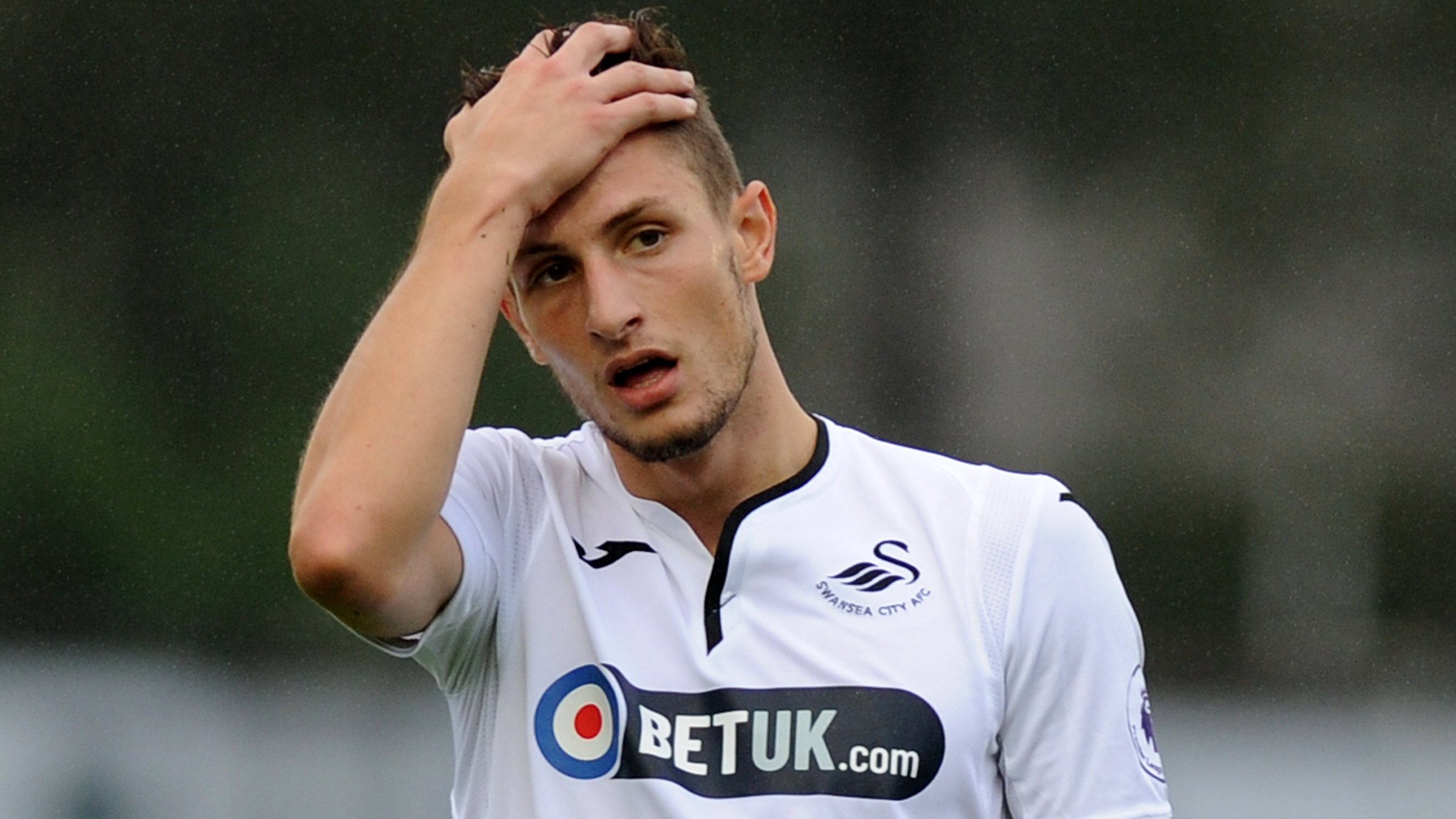 Swansea City Under-23s let a 2-0 lead slip in Premier League 2 as they were held to a 2-2 draw by Arsenal at Meadow Park.

The Swans established a two-goal advantage thanks to strikes from Liam Cullen and Matthew Blake in first-half stoppage time.

However, they were pegged back after the break with substitutes Folarin Balogun and Nathan Tormey ensuring a share of the spoils.

The visitors then had to play the final moments with 10 men after Joe Lewis was shown a second yellow card.

The Swans asked questions early on with Adam King seeing his dangerous cross palmed away before Cullen put the ball in the net – only to be denied by the offside flag.

At the other end, Buyako Saka flashed a shot narrowly wide of Gregor Zabret’s far post after embarking on a surging run into the area.

Nevertheless, it was the Swans who offered more of a goalscoring threat towards the end of the half, with Cullen drawing a fine save out of Dejan Iliev.

However, there was no denying the no.9 in the third minute of stoppage time as King set him up to bend a right-footed effort beyond the helpless Arsenal keeper and into the bottom corner.

Iliev was beaten at that post again just five minutes later when Blake curled a beautiful free-kick in off the upright to double the advantage.

The Swans had to survive a few nervy moments after the break.

Blake cleared off the line from substitute Folarin Balogun, while Xavier Amaechi whipped a free-kick just wide of the target.

At the other end, Cullen and Ben Cabango headed opportunities over the bar from deep crosses into the box.

However, the Swans’ resolve was finally broken seven minutes from time as Balogun’s shot deflected beyond Zabret via Lewis.

And the hosts completed the turnaround just three minutes later when Tormey cut in from the wing before firing home from a tight angle.

The visitors had to play the dying moments with 10 men after Lewis was given his marching orders but, despite a couple of scares, held out for a share of the spoils.