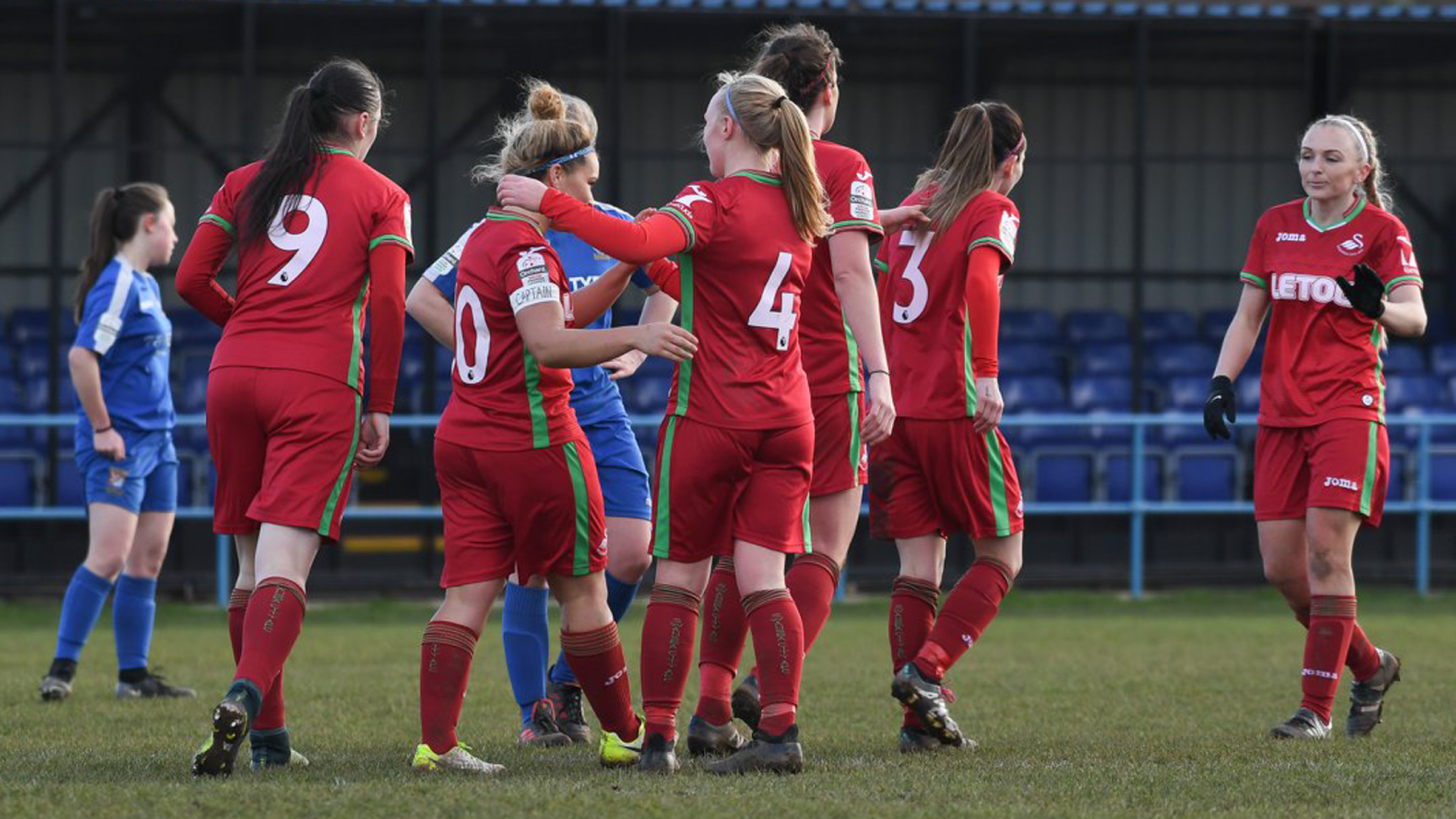 Swansea City Ladies returned to winning ways in the Welsh Premier Women’s League with a 6-0 victory over Caldicot Town Ladies at Jubilee Way.

The Swans took the lead early on through Katy Hosford in the third minute.

An Emma Beynon effort was headed just wide in the 17th minute following some great pressing play from the Swans as they looked to double their advantage.

Their efforts were rewarded just five minutes later when Hosford fired home a Sarah Adams cross to make it 2-0 in the 22nd minute.

A great effort from Jodie Passmore forced Caldicot’s keeper into action shortly after the half-hour mark before Hosford tapped in from close range to extend the Swans’ lead to 3-0.

After the break, Kelly Newcombe assisted Stacey John-Davies who netted the Swans’ fourth.

A headed effort from Alison Witts was stopped by Caldicot’s keeper in the 83rd minute as Ian Owen’s side looked to further extend their lead.

An error from Caldicot’s defence in the 88th minute allowed Passmore to slot home from 20 yards to round off the victory.