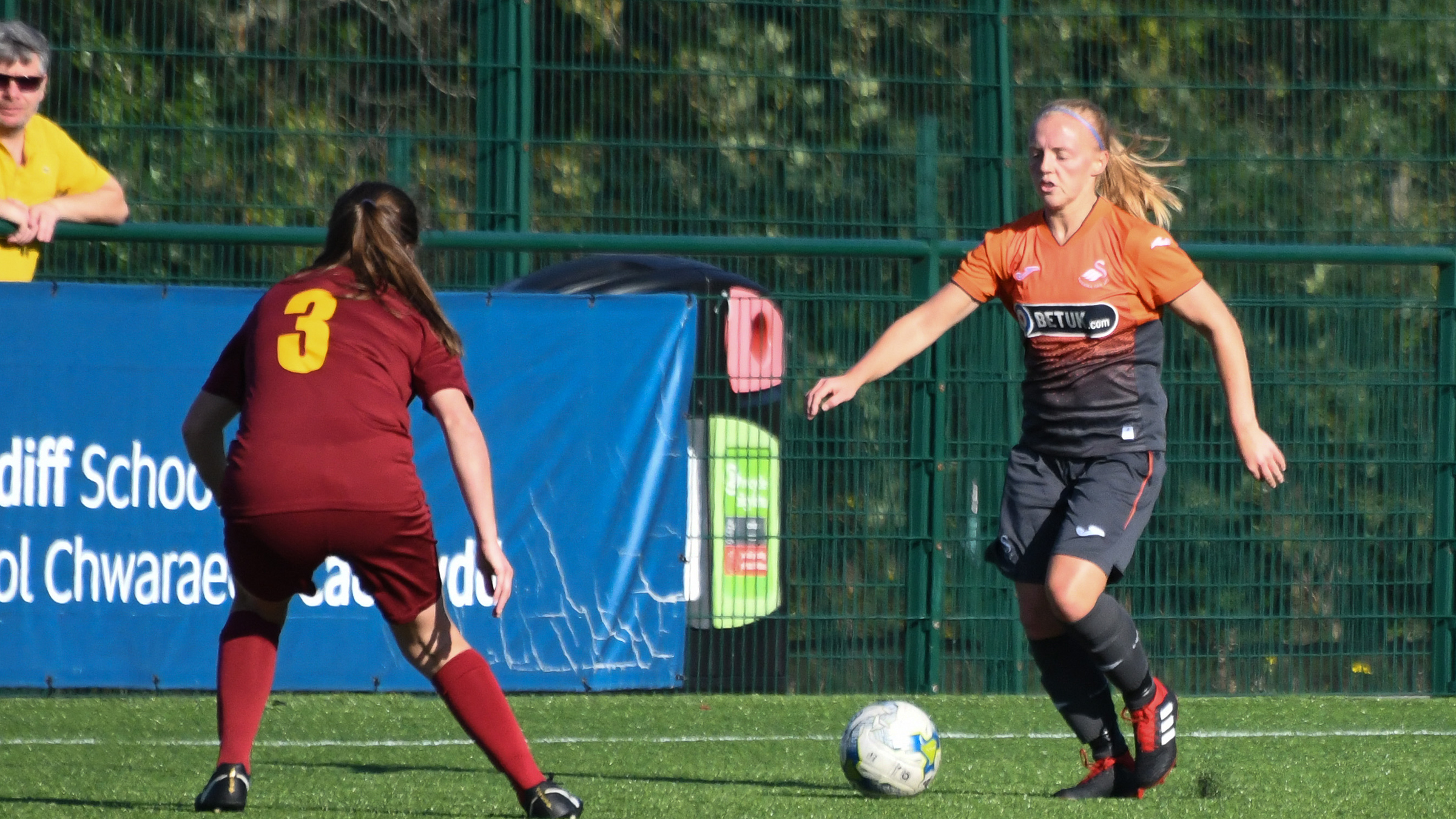 The Swansea City Ladies’ unbeaten run in the Welsh Premier Women’s League came to an end on Sunday as they lost 2-0 in a tight affair against Cardiff Met.

Two first-half goals for the students at the Cyncoed Campus saw them come away from the clash with the points despite a spirited second-half display from the Swans.

Schupbach beat the offside trap to put Met in front in the first minute, before Clipston netted from a free-kick later in the half.

Coming out fighting after the break, the Swans looked to find a way back into the game with first Alicia Powe’s corner curling agonisingly wide of the far post before Sophie Hancocks, Emma Beynon and Jodie Passmore all tested the keeper but couldn’t find a way through.

At the other end of the pitch, Swans keeper Kate Brisland pulled off a string of close-range saves to deny Met.

Passmore then went close again following a free-kick from Alison Witts from the halfway line that found the forward in the box, but her headed effort was collected by Randall in Met’s goal.

History was then made as Ian Owen brought on new signing and Hong Kong-capped Chun, who became the first footballer from her country to play in the Welsh Premier Women’s League.

Late chances would fall to Katy Hosford – who had a free-kick saved – and Sarah Adams but it wasn’t to be for the Swans.

The Swans will next take on Rhyl in the WPWL at home this Sunday at Llandarcy Academy of Sport. Kick-off is at 2pm and entry is free.