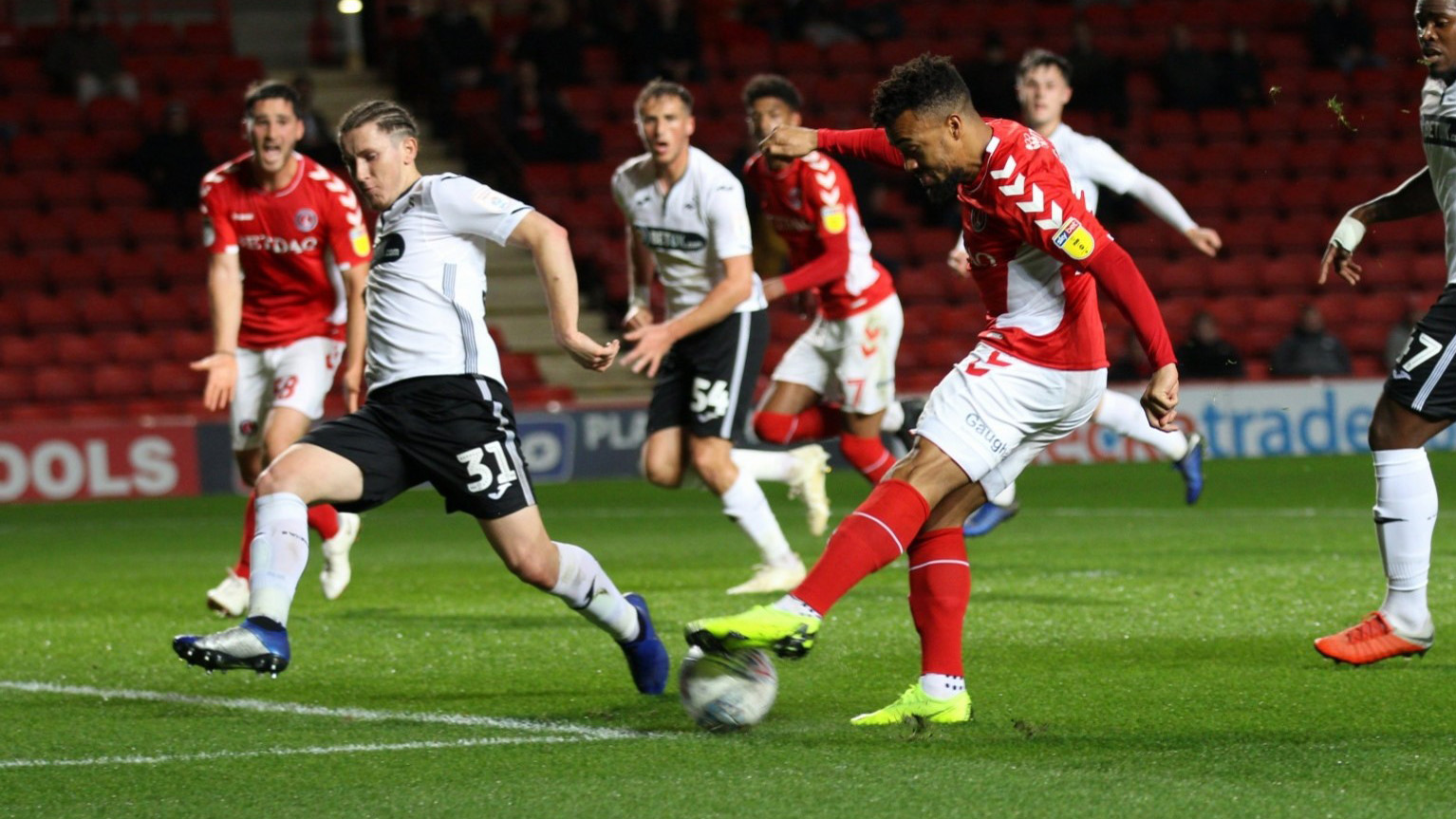 Adnan Maric was the hero as Swansea City Under-21s beat Charlton Athletic 1-0 to progress to the Checkatrade Trophy knockout stages for the third consecutive year.

The midfielder scored the only goal of the game in the 55th minute with a precise 20-yard effort that left Charlton keeper Ashley Maynard-Brewer with no chance.

Victory meant the Swans qualified as Group G winners in the Southern section following a wonderful team performance at The Valley.

The Swans, who made six changes to the side that drew with Wolves on Saturday, needed a win to advance and began brightly in South-East London.

They were unlucky to see three goalbound efforts blocked inside the six-yard area, as Botti Biabi, Maric and Oli Cooper were all denied.

At the other end, Aaron Lewis did well to deflect Nicky Ajose’s shot wide of the target.

The visitors continued to press with Liam Cullen volleying over from close range, while Cooper was just unable to keep his header down from Jordon Garrick’s cross.

However, the breakthrough they deserved finally arrived in the 55th minute as Maric placed a precise 20-yard effort into the bottom corner.

Charlton responded with Ajose drawing a smart save out of Steven Benda, who also did well to hold Albie Morgan’s fierce strike.

However, they were unable to find a way through as the Swans held on for the victory that booked their place in the knockout rounds.