A strong first-half performance laid the foundations for Swansea City to continue the winning start to their pre-season campaign at Crawley.

A strong starting line-up helped the Swans to a 2-0 lead at the break as captain Nathan Dyer and George Byers found the net, with Oli McBurnie further extending the advantage shortly after the break.

As both sides rang the changes – as is inevitable at this stage of pre-season preparations – the game lost a lot of its shape and flow and the hosts pulled a goal back through Joe McNerney’s excellent header.

And when a defensive slip allowed Filipe Morais to score a second for the Reds, Steve Cooper’s men were facing a nervy final 15 minutes.

But they saw the game out to follow up last weekend’s win over Mansfield in Spain.

Dyer had skippered a Swans side which included Jake Bidwell, as the left-back made his first appearance of the summer.

And the visitors looked assured as they controlled the first half. 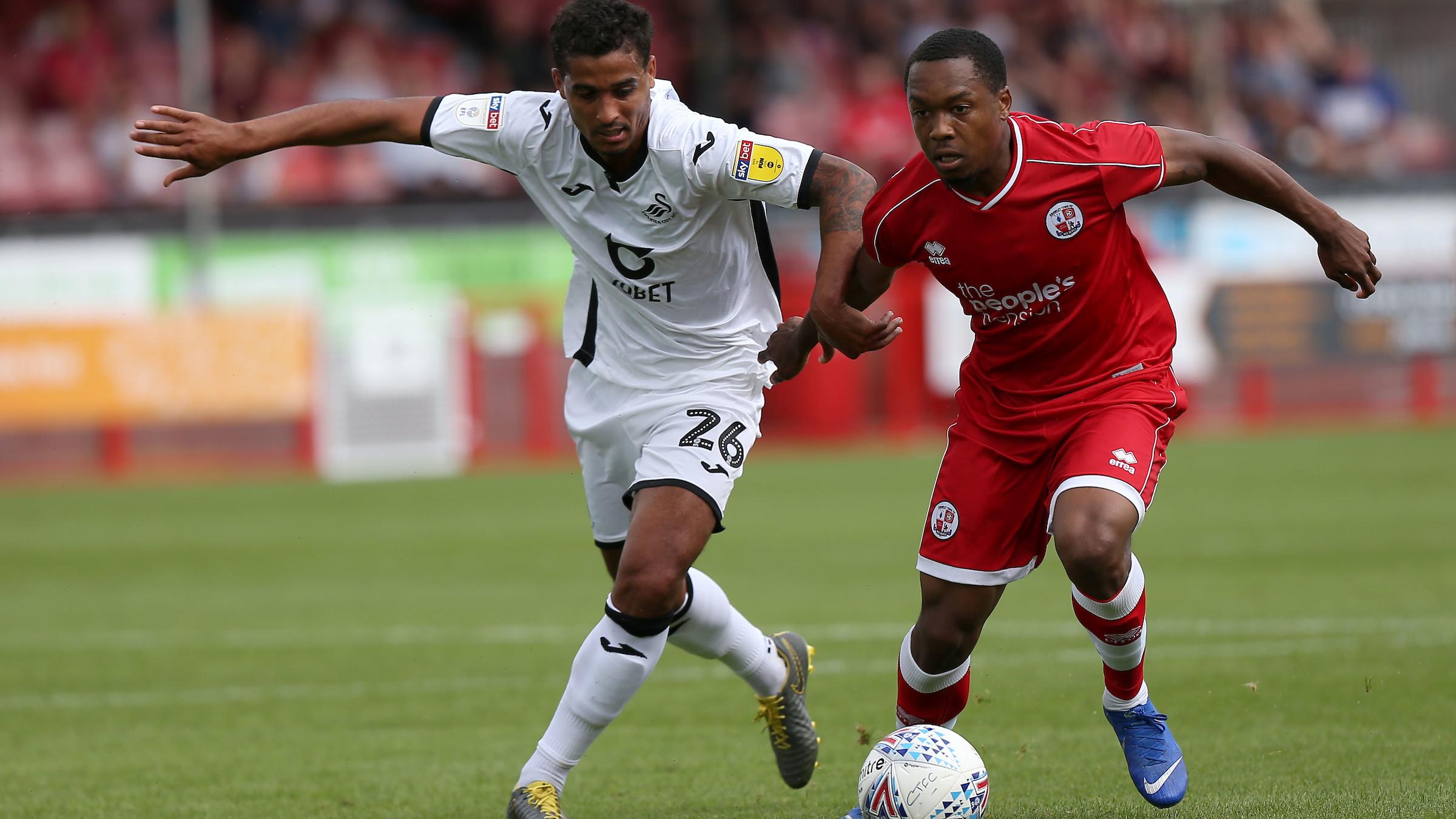 The Swans had the first chance as a lovely turn from McBurnie freed Dyer down the right, the winger cut inside his man and had numerous team-mates in support. However, the winger opted to shoot and dragged well wide of the target.

The visitors enjoyed a handful of encouraging passages of play during the early going, with Matt Grimes and Yan Dhanda among those looking lively, and they took the lead in the 16th minute.

McBurnie nearly doubled the lead five minutes later, nodding down a Yan Dhanda pass and firing narrowly wide of the near post.

However, the Swans nearly gifted Crawley a leveller when Barrie McKay saw his pass picked off, only for Ollie Palmer to roll the ball wastefully wide from eight yards.

And the miss proved costly as Matt Grimes’ 25th minute free-kick was bundled in by Byers. 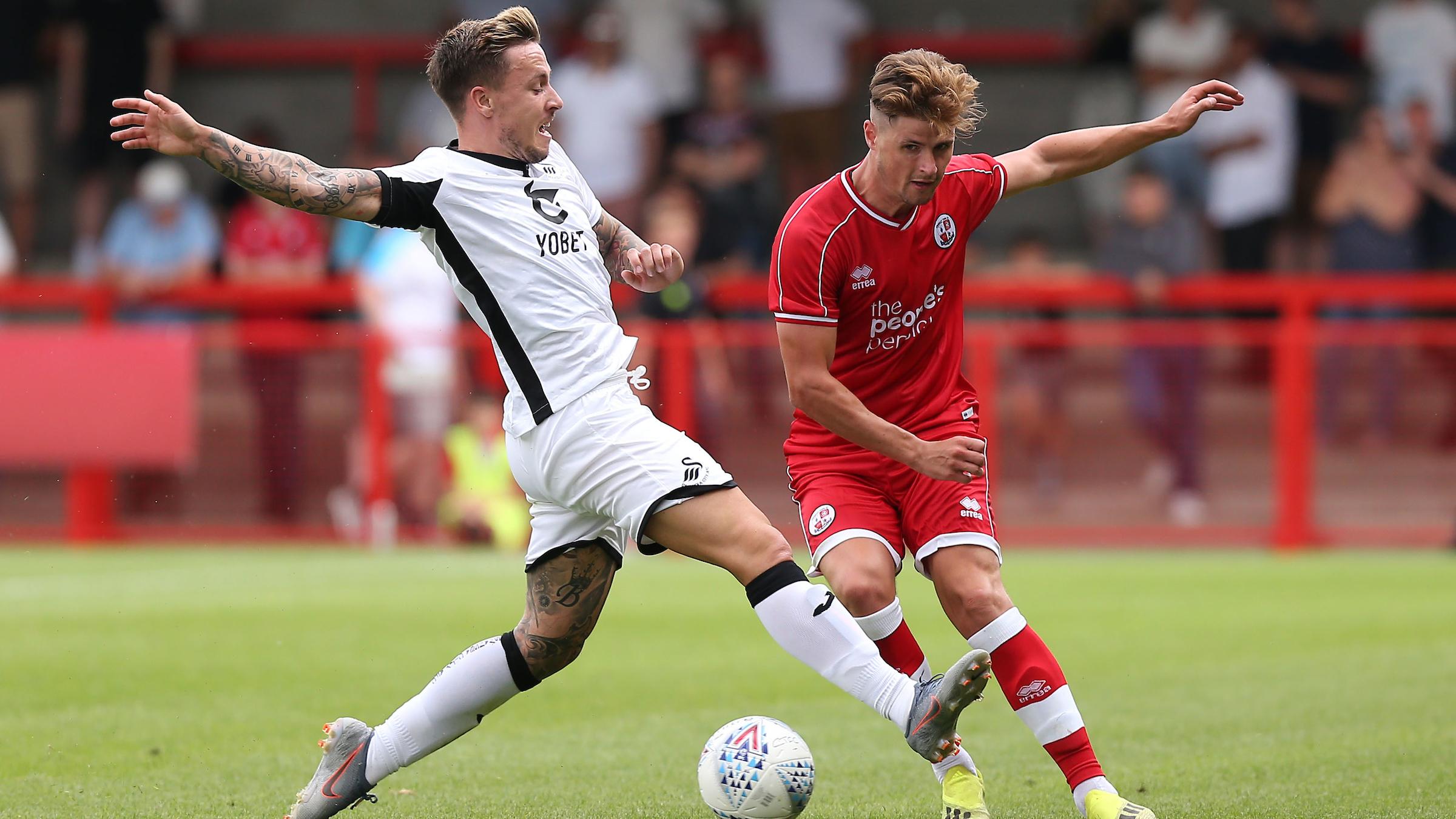 In fact, it was very nearly 3-0 just two minutes later as Dhanda hammered a ferocious strike against the post after good pressing had forced a loose pass from the Crawley defence.

McKay found the side-netting with a fizzing volley from McBurnie’s smart ball across the area and, although the hosts had a better spell in the lead up to the interval, the Swans went in with a comfortable two-goal advantage at the interval.

As expected, Cooper rang the changes at the interval as Steven Benda, Connor Roberts, Declan John, Jay Fulton, Bersant Celina and Jay Fulton all took to the field.

But it was two men from the starting line-up who combined to extend the Swansea lead within two minutes of the restart as McBurnie glanced home Grimes’ corner.

To their credit, Crawley immediately responded with a set-piece goal of their own, McNerney finding the far corner from Josh Payne’s free-kick.

The goal lifted the home side and Mike van der Hoorn twice had to be alert to cut out threatening balls into the box as the Red Devils threatened. 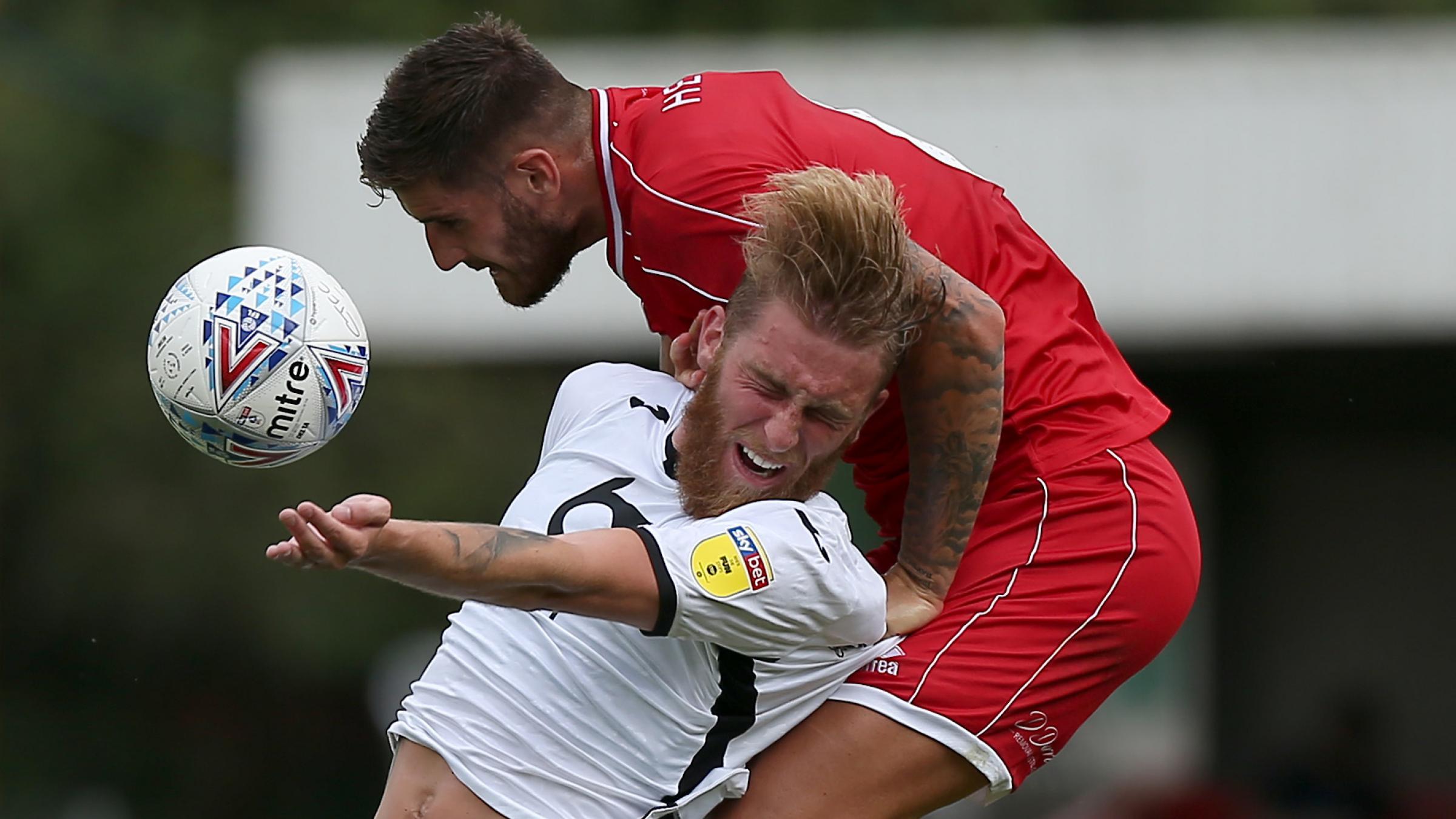 The pressure kept coming and Taryn Allarakhia should really have levelled after an inviting cross from Payne.

Swansea began to settle, but saw their lead further eroded when a loose backpass was picked off by Morais, who beat Benda with the outside of his right foot.