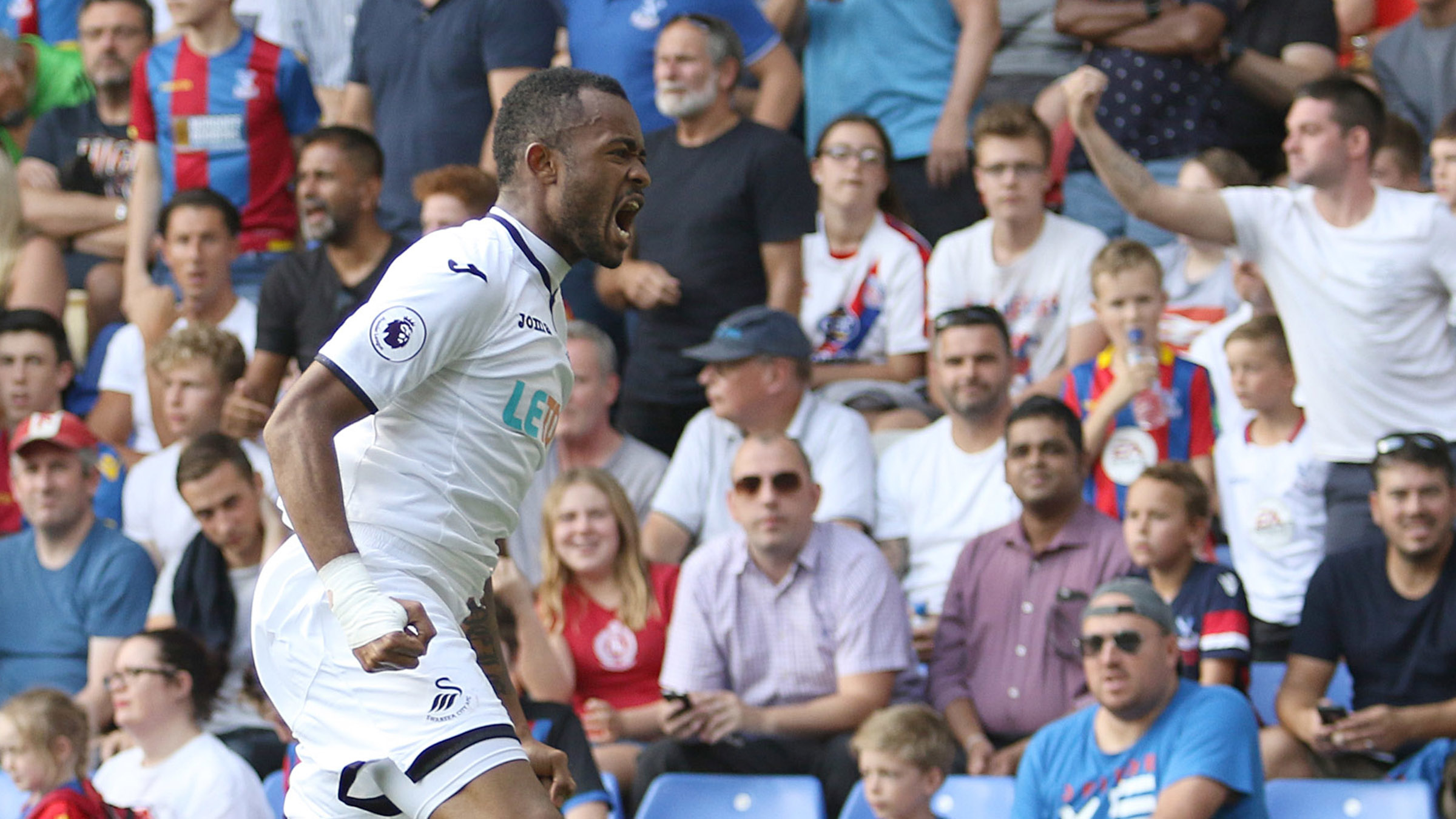 Goals from Tammy Abraham and Jordan Ayew earned the Swans their first Premier League win of the new season at Selhurst Park.

Abraham fired home his first top flight goal of his career in the 44th minute, while Ayew doubled Swansea’s lead three minutes after the break for a controlled victory that would have pleased Swans boss Paul Clement ahead of the international break.

New signing Sam Clucas made his debut after his transfer from Hull in midweek as Paul Clement made two changes to the team that was beaten by Manchester United. The other change saw Mike van der Hoorn come in for the injured Kyle Bartley in a back three.

Swansea carved out the first opening of the game in the third minute when Abraham delivered a great cross into the box after good link up play. But Jordan Ayew’s diving header was glanced wide.

The visitors enjoyed a good early spell of possession before Palace began to get themselves more into the game as James McArthur headed over with 17 minutes gone.

The Swans were still seeing plenty of the ball in spells, but were struggling in the final third before McArthur nearly made them pay with a low drive which flew inches wide of Lukasz Fabianski’s far post.

Swansea did respond though with nine minutes of the half remaining as Abraham nearly capitalised on some poor Palace defending to eventually earn a corner. Tom Carroll delivered it onto the head of Alfie Mawson, but the defender headed a great chance wide.

Right on the stroke of half-time though, Swansea were ahead with their first Premier League goal of the season - and the first in the top flight for Tammy Abraham.

After patient built-up down the right through Kyle Naughton, Leroy Fer whipped in a cross which the Chelsea loanee tucked away after getting in front of substitute Martin Kelly.

Swansea were given an early scare in the second half as Kelly forced Fabianski into a good save from a corner.

But as Palace applied the early pressure, the Swans struck again with 48 minutes gone.

Naughton robbed Kelly on the halfway line and played a great through ball forward for Jordan Ayew to chase. The striker got there just ahead of goalkeeper Wayne Hennessey who could only force the ball back onto Ayew who watched it roll into an empty net for a 2-0 lead.

Palace looked shell-shocked before the lively Andros Townsend curled a shot just wide in a bid to give his side a lift with 30 minutes remaining.

It had the desired effect as Palace had two penalty appeals turned down as Chung-yong Lee and Yohan Cabaye went down in the box. But referee Andre Mariner was spot on to turn them down after great tackles from Martin Olsson and van der Hoorn.

Palace applied pressure in spells, but the Swans held strong to secure their first victory of the new Premier League campaign.