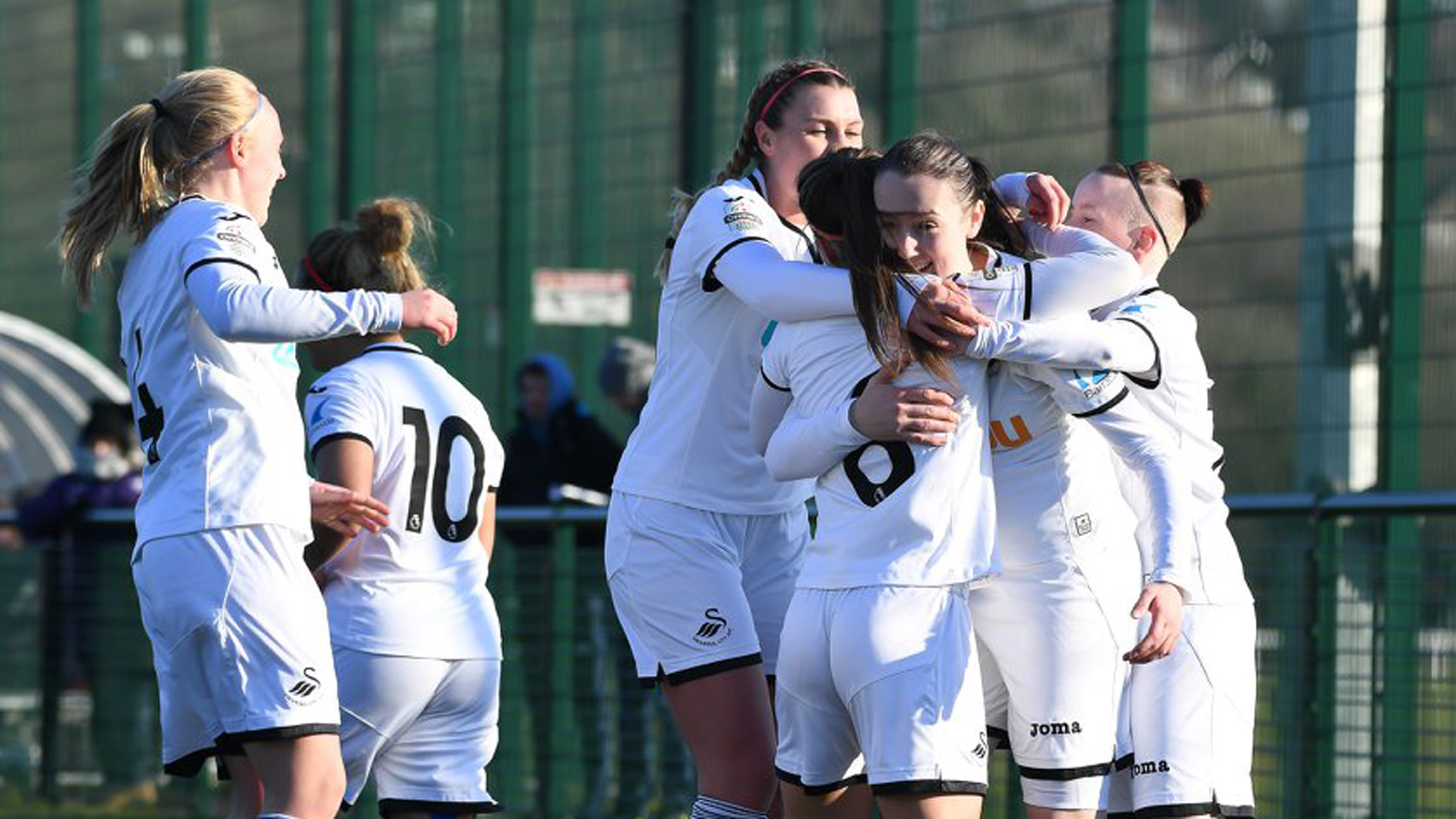 Swans Ladies reclaimed second place in the Welsh Premier Women’s League as they leapfrogged Cyncoed after beating them 3-0 in Llanrumney.

Goals from Katy Hosford, Kirsty O’Donnell and Stacey John-Davis secured the points and saw the Swans climb above Cyncoed in the table.

The Swans started brightly, and John-Davis nearly capitalised on confusion in Cyncoed’s box in the opening minutes but her effort was deflected wide.

A flurry of chances soon followed with the Swans – playing without defender Ellie Lake who is on international duty with Wales – enjoying the majority of the possession but unable to make the breakthrough.

But the reigning WPWL champions did take the lead on the half hour, when a looping cross from top scorer Jodie Passmore found the unmarked Hosford and she netted her ninth League goal of the season.

Emma Beynon nearly doubled the lead 10 minutes later after another Passmore cross was knocked back by Hosford, but the midfielder fired agonisingly over the bar.

With goalscorer Hosford going off injured, O’Donnell came onto the pitch and the striker made an instant impact.

After being brought down after a surging run down the wing, O’Donnell stepped up to take the free-kick and an impressive strike saw her claim her first goal of the season.

The game was then put to bed in the dying moments by John-Davis, who lobbed the keeper to make it three.

“It was great to get on the scoresheet. We are taking every game as it comes, and we are all delighted to get the three points,” Hosford said.

“I’m pleased with the nine goals but there are still plenty of games to go so I’m hoping to grab a few more.”

The Swans will now seek to carry their form into the FAW Women’s Cup next weekend as they take on neighbours Port Talbot in the semi-final.