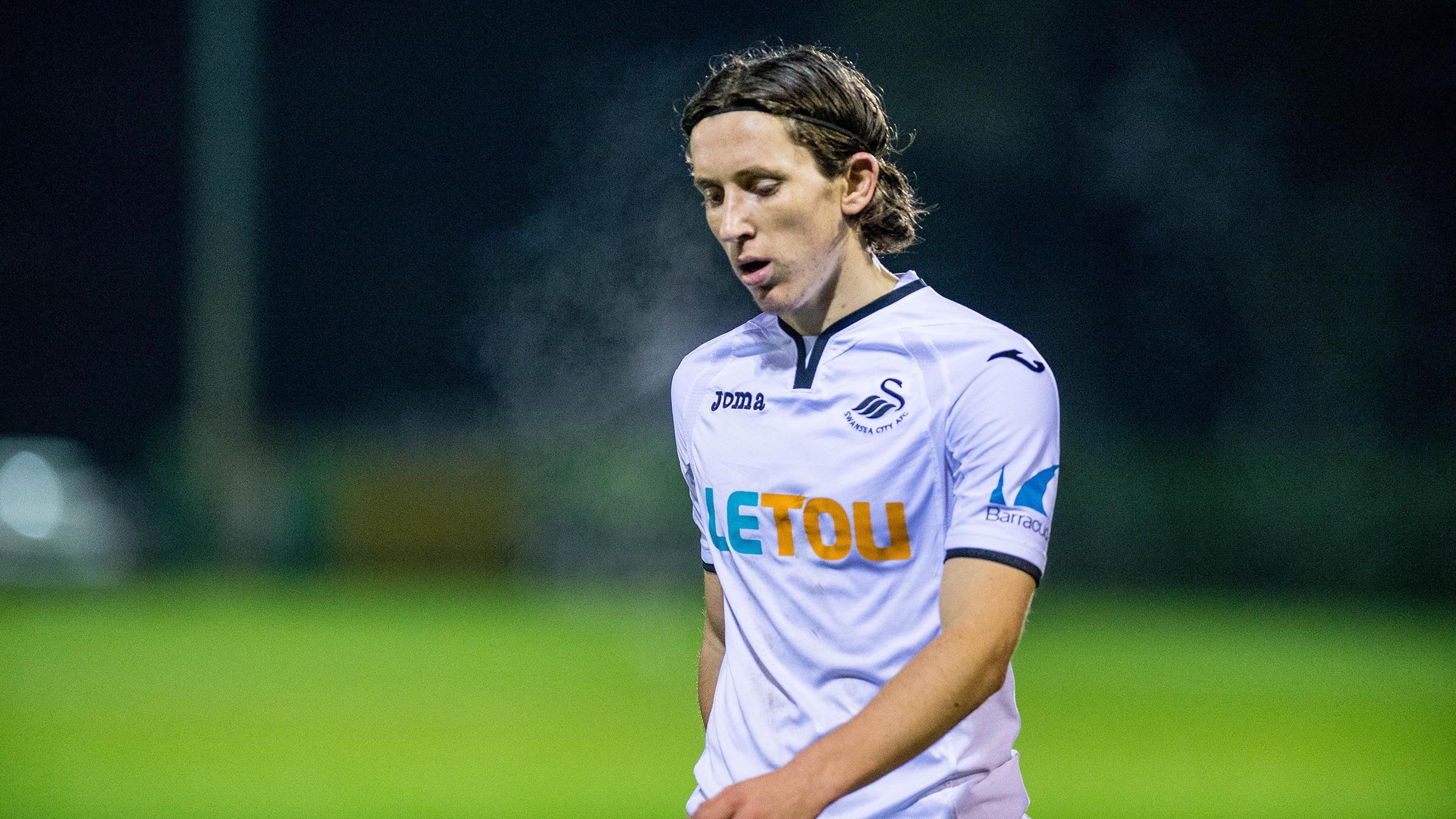 Swansea City Under-23s saw their winning run in Premier League 2 come to an end as they were held to a 3-3 draw by Derby County at St George’s Park.

The young Swans appeared to be on course for a fifth consecutive league victory as goals from George Byers, Aaron Lewis and Courtney Baker-Richardson gave them a 3-1 lead midway through the second half.

However, a loss in concentration proved costly and Derby pounced with Luke Thomas and Kyron Stabana scoring in the final quarter of an hour to snatch a share of the spoils.

The Swans made three changes to the side that beat Chelsea last time out, with Baker-Richardson, Dan James and Mael Davies coming into the starting XI.

Two of the new faces were involved as the Swans took the lead in the seventh minute. Following a neat move, Baker-Richardson found Davies out wide and his cross was met by the head of Byers, who made no mistake from close range.

However, the lead lasted just five minutes as Derby responded well and found the equaliser as Bennett headed Alex Babos’ cross past a helpless Gregor Zabret.

Nevertheless, the visitors hit back in equally impressive fashion and regained their advantage in the 17th minute.

Just seconds after Jack Evans had headed narrowly wide of the target, Byers picked out Baker-Richardson in the box and the striker laid the ball off for Lewis, who beat Jonathan Mitchell with a precise finish into the far corner for his first league goal of the season.

The Swans extended their advantage and gave themselves breathing space in the 66th minute, when Baker-Richardson slotted home goal number three.

But the hosts had played with a lot more purpose in the second half and were given a lifeline in the 76th minute when they stole possession in midfield and Thomas’ shot deflected past Zabret, while more loose play from the visitors resulted in Stabana levelling the contest as his effort looped over the Swans keeper.

Both sides had chances to win late on with Lewis producing a terrific block inside his own six-yard area, while Baker-Richardson forced Mitchell into a magnificent save in the dying seconds.