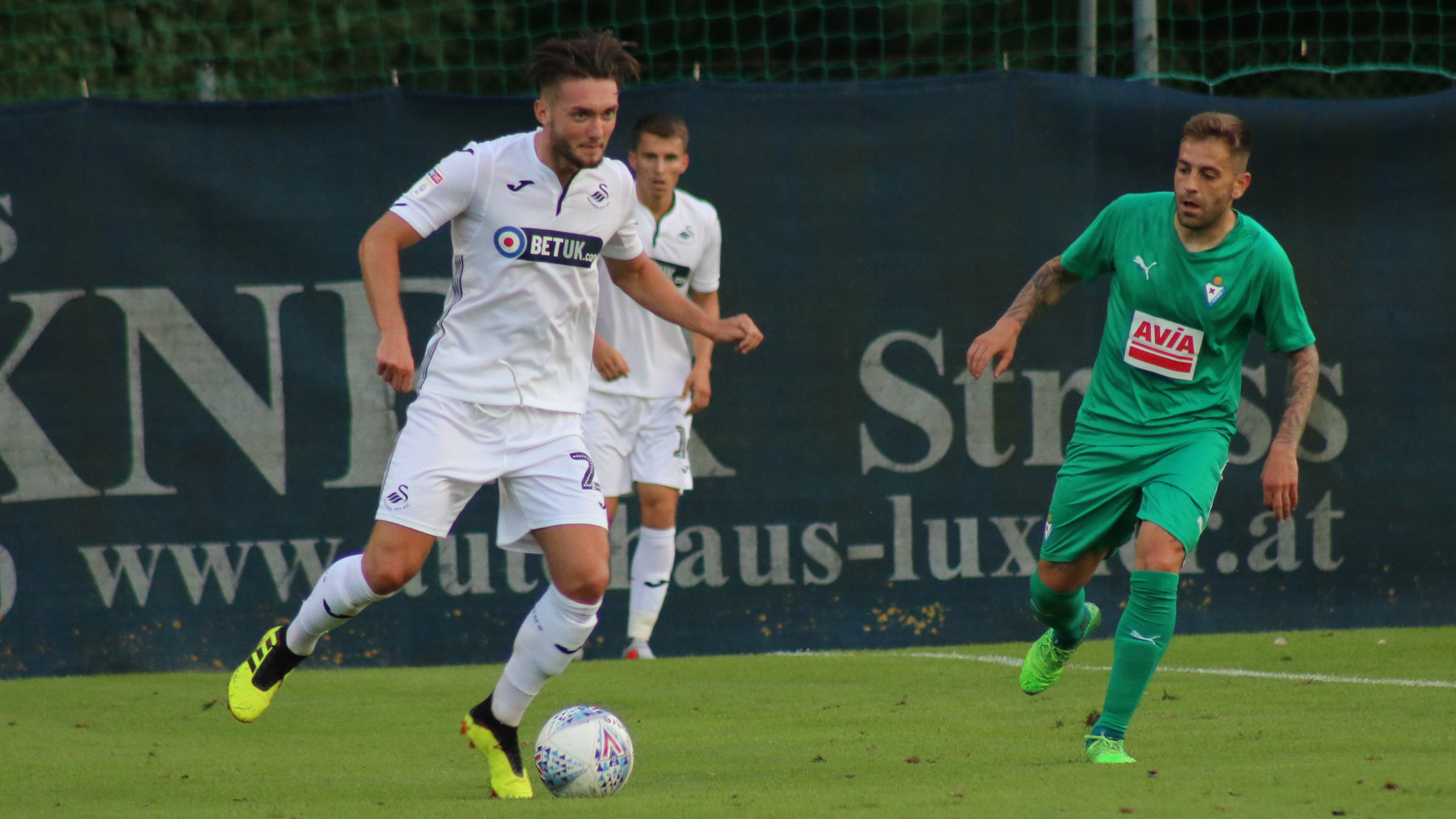 Swansea City’s penultimate warm-up game ahead of the new Championship season ended in a 2-1 defeat to SD Eibar.

Graham Potter’s men impressed at times against a near full-strength Eibar side.

But it was the Spaniards, who finished ninth in La Liga last season, who emerged victorious thanks to goals either side of half-time from Pere Milla and Sergi Enrich.

Jordi Amat pulled a goal back with five minutes remaining to give the Swans hope of claiming a draw, but Eibar held on.

The Swans played some encouraging football in the first period, with Potter’s desire to build a team capable of playing out from the back apparent.

One lovely move saw the Swans work the ball from one end of the field to the other, but Oli McBurnie was flagged offside as he prepared to run through on goal.

The nearest the Swans came to breaking the deadlock was at a half-cleared corner, with Jefferson Montero cutting in on his right foot before rattling a shot narrowly over the bar.

Both sides struggled to clear-cut chances until three minutes before the break, when an Eibar throw-in started a sharp move which Milla finished with a tap-in at the far post.

Having conceded late in the first half, the Swans were breached once more just six minutes after the restart.

This time a cross came in from the right for Enrich, and Eibar’s main man up front swivelled before firing low past half-time substitute Erwin Mulder.

Eibar controlled the contest for a spell, but the Swans improved in the final quarter as they pushed for a route back into the contest.

Tom Carroll saw a shot smothered by Eibar keeper Yoel before the Swans pulled a goal back from a set-piece.

Matt Grimes’ deep free-kick reached substitute Joe Rodon in space at the far post, and he headed the ball back across the face.

Amat did the rest, guiding a header home to give the Swans hope of a late comeback.

They threatened again through Dan James, who broke from his own half but could not generate enough power on his shot to trouble Yoel.