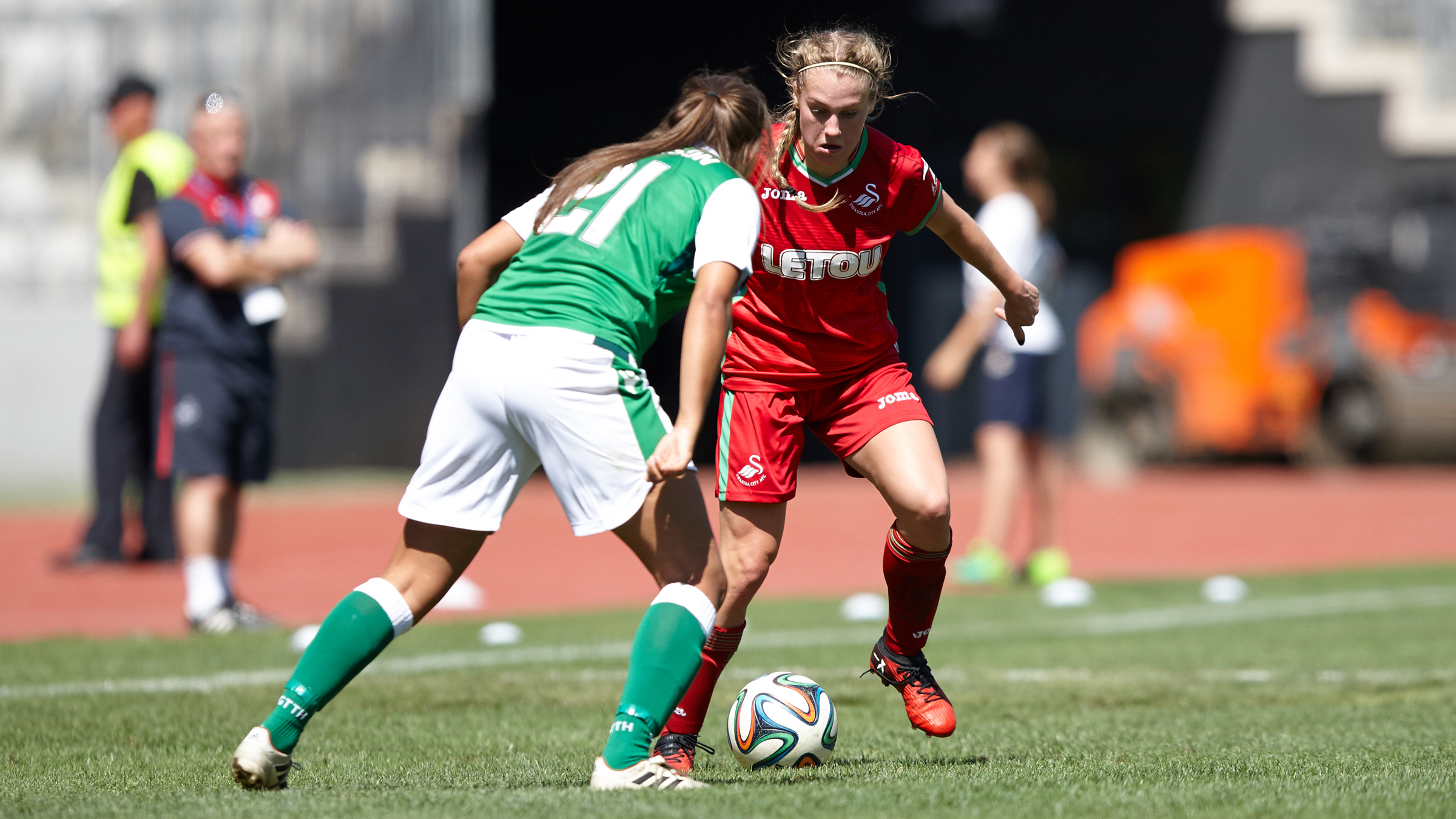 Swansea City Ladies suffered a 5-0 defeat against Hibernian Ladies in their first match of the Uefa Women’s Champions League qualifying round in Romania.

There was a chance for Hibs to open the scoring in the fifth minute when Rachael Small latched onto the end of a Michie cross only to see her header loop over the bar.

Soon after, Katy Hosford carved her way past a host of players but the Swans failed to convert the chance.

Hibernian Ladies broke the deadlock in the 11th minute as Rachael Small slotted home with a well-taken goal.

The Swans had a chance to level in the 14th minute but striker Jodie Passmore’s free-kick narrowly missed the target.

Katey Turner doubled Hibs’ lead in the 18th minute following a scramble in the goalmouth in which Harrison also hit the goalpost.

There was a glimmer of hope in the 27th minute as Stacey John-Davis latched onto the end of a great Hosford through ball, but her effort hit the sidenetting.

Hibernian, who saw an earlier effort ruled out for offside, then made it 3-0 via Graham from the penalty spot.

Swans Ladies continued to plug away and Witts went within inches of cutting the deficit only to see her headed effort cleared off the line.

Hibernian, who had previously reached the last 32 of this competition, extended their lead in the 48th minute with a powerful free-kick from Siobhan Hunter before Lucy Graham rounded off victory in the final stages.

Passmore and Emma Beynon went in search of a goal, but the Swans couldn't find a consolation goal that their efforts deserved.