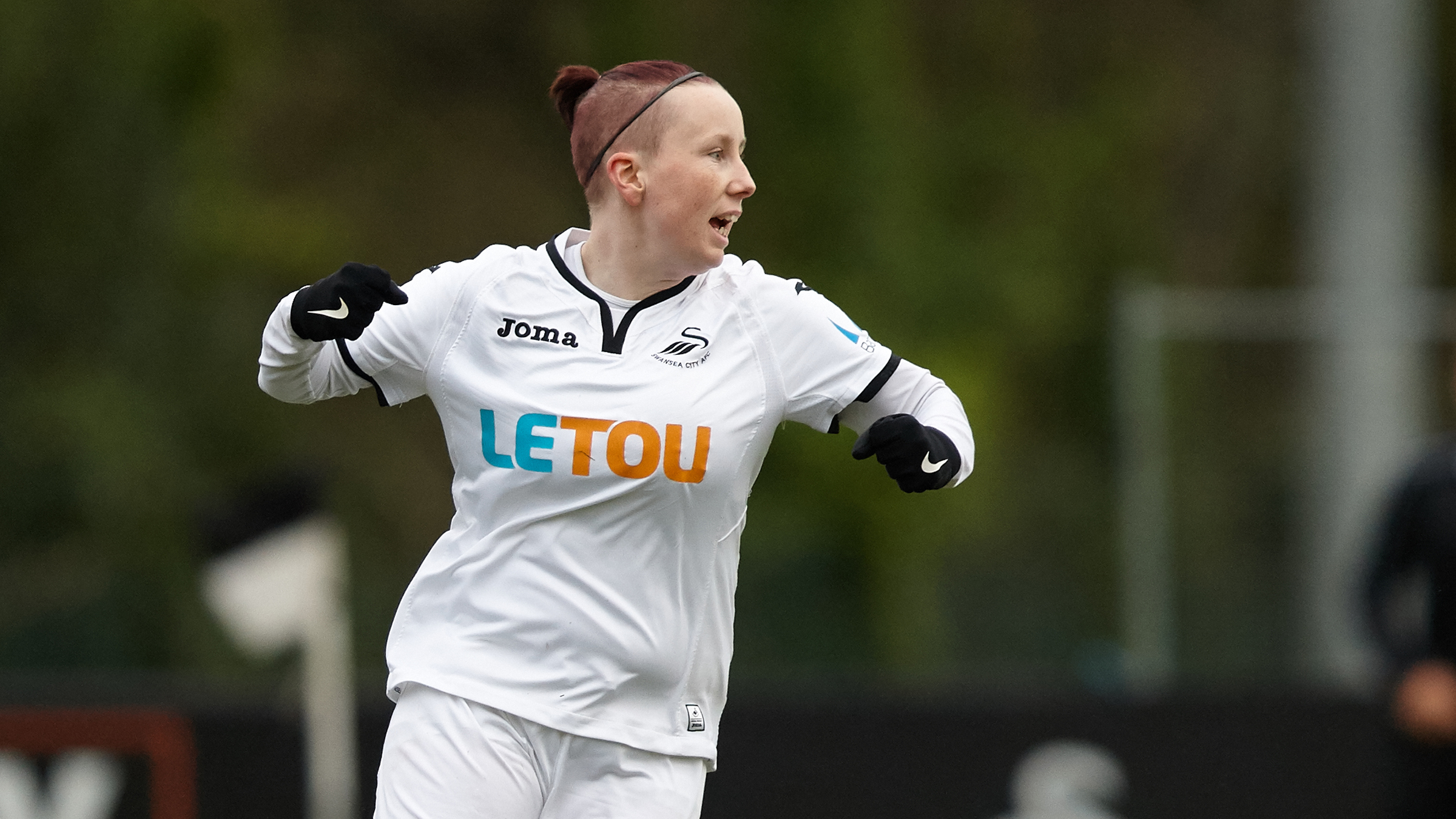 Swansea City Ladies progressed to the semi-finals of the FAW Women’s Cup following an impressive 4-1 victory over Llandudno Ladies at the Giant Hospitality Stadium.

The Swans started brightly with chances for Sophie Hancocks, Katy Hosford and Jodie Passmore in the opening minutes.

Soon after, a Stacey John-Davis effort was saved by Llandudno’s keeper before a Kelly Newcombe shot drifted just wide.

A free-kick for Llandudno was collected by Swans keeper Gemma Border as the hosts looked to break the deadlock in the 27th minute.

Kelly Newcombe opened the scoring for the Swans in the 33rd minute when she tapped the ball into an empty net after a Hosford free-kick was stopped by Llandudno’s keeper.

Llandudno almost got back in the game in the 40th minute, but saw an effort cannon off the crossbar.

John-Davis doubled the Swans’ advantage soon after the break when she slotted home following a Swans counter-attack.

Hancocks made it 3-0 shortly after the hour mark, slotting home a fine through ball from Sarah Adams.

The hosts were awarded a penalty in the 83rd minute following a foul from Swansea’s Ellie Lake, and they converted to make it 3-1.

Emily Richards entered the field in the 87th minute to make her competitive debut for the club and made an instant impact.

Her efforts were rewarded in the final minute of the match when she found the net following a Passmore assist to make the final score 4-1.

"I am very happy to make my debut and I will hopefully get more game time as the season progresses," said Richards.
"I was delighted to score on my debut, and I am looking forward to contributing to the team in future matches.
"I think we have a strong squad and have every chance of going on to win the cup.”

The Swans Ladies now face Port Talbot Town Ladies in the semi-finals of the cup. The match will be played on Sunday, March 4 at a neutral venue.