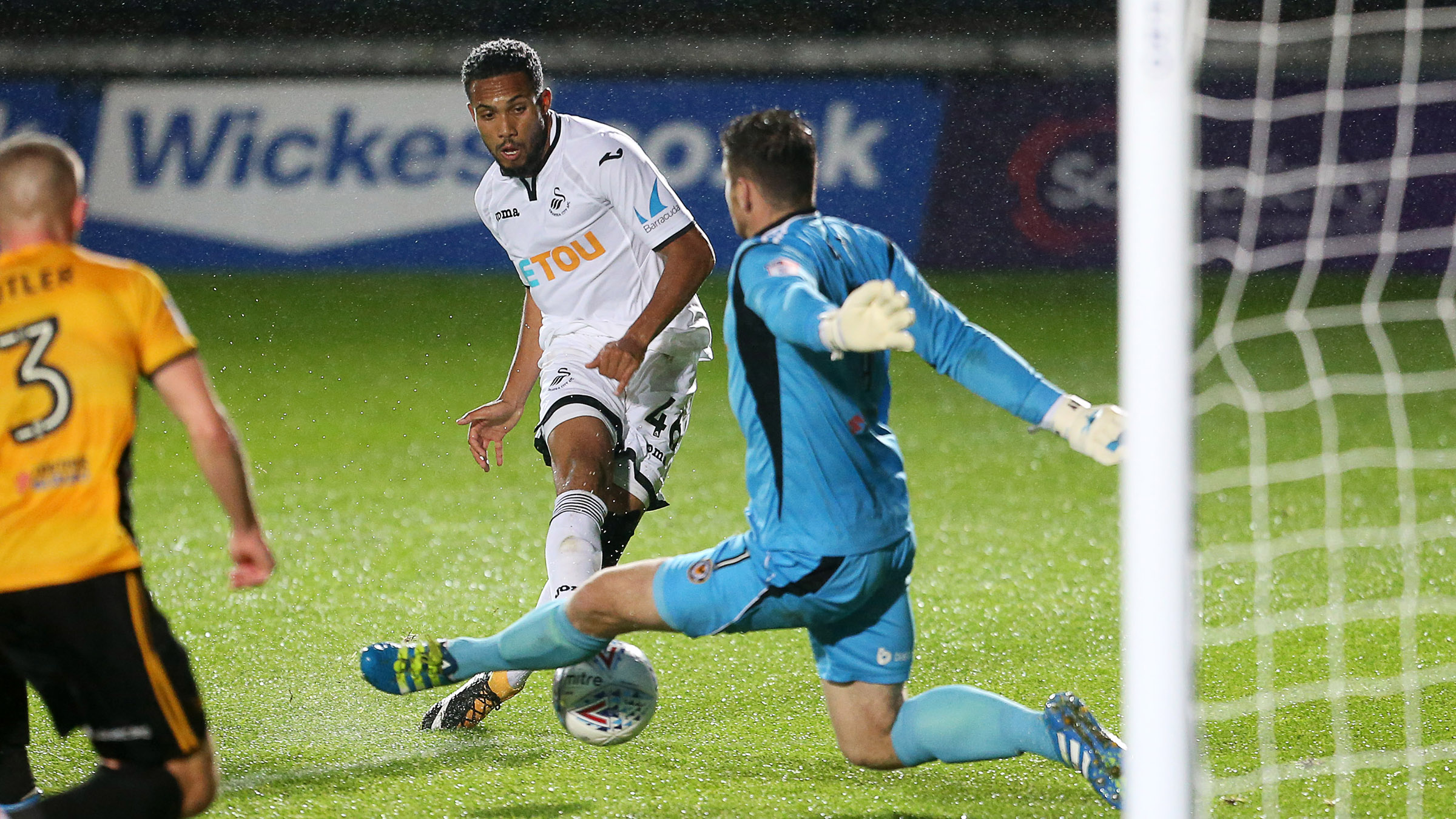 Swansea City Under-21s confirmed their progress to the last 32 of the Checkatrade Trophy with a 2-1 win over League Two side Newport County at Rodney Parade.

A late own goal by Exiles defender Jay Foulston proved the difference, with Shawn McCoulsky having cancelled out Kenji Gorre's 70th-minute opener.

The victory means the young Swans have maximum points from their two games in Group E, which sees them qualify from the Southern Section along with Forest Green Rovers, who they face on October 31.

The Under-21s made a good start to the contest as full-back Tyler Reid found space on the right to cross into the box inside two minutes, but Exiles keeper Joe Day cut out the danger.

Minutes later, Jay Fulton's pass released Kenji Gorre to race into the box but the Dutch winger's shot at goal was deflected wide.

Newport began to find their feet midway through the half as a good spell saw Swans keeper Gregor Zabret called into action to deny County an opening goal.

Forward Sean Riggs' powerful 20-yard drive was tipped round the post by the Slovenian keeper before he comfortably saved Lamar Reynolds' shot at goal on the half-hour mark.

The home side were still on top in the second half as Rigg headed a decent cross from Reynolds just wide.

The young Swans looked to catch Newport on the break when Gorre beat his marker into the box but he failed to hit the target.

Newport's frustrations continued at the other end as Rigg headed another chance over the bar from eight yards.

But the game burst into life with the introduction of Daniel James just after the hour mark with the winger instrumental to the game's opening goal.

The Wales Under-21 international raced through midfield before playing Gorre into the box, and he found space before firing the Swans into the lead at the near post.

Five minutes later, County were level after a cross from the left found Bristol City loanee Shawn McCoulsky to head past Zabret from six yards.

The young Swans needed a stroke of luck and got it in the 82nd minute as Courtney Baker-Richardson's rifled cross was deflected into County's net by the unfortunate Jay Foulston.

Zabret kept Swansea's lead in tact minutes later as the keeper denied substitute Matty Dolan's 30-yard volley as the Under-21s held on to claim victory and progress to the last-32 with a group game to spare.