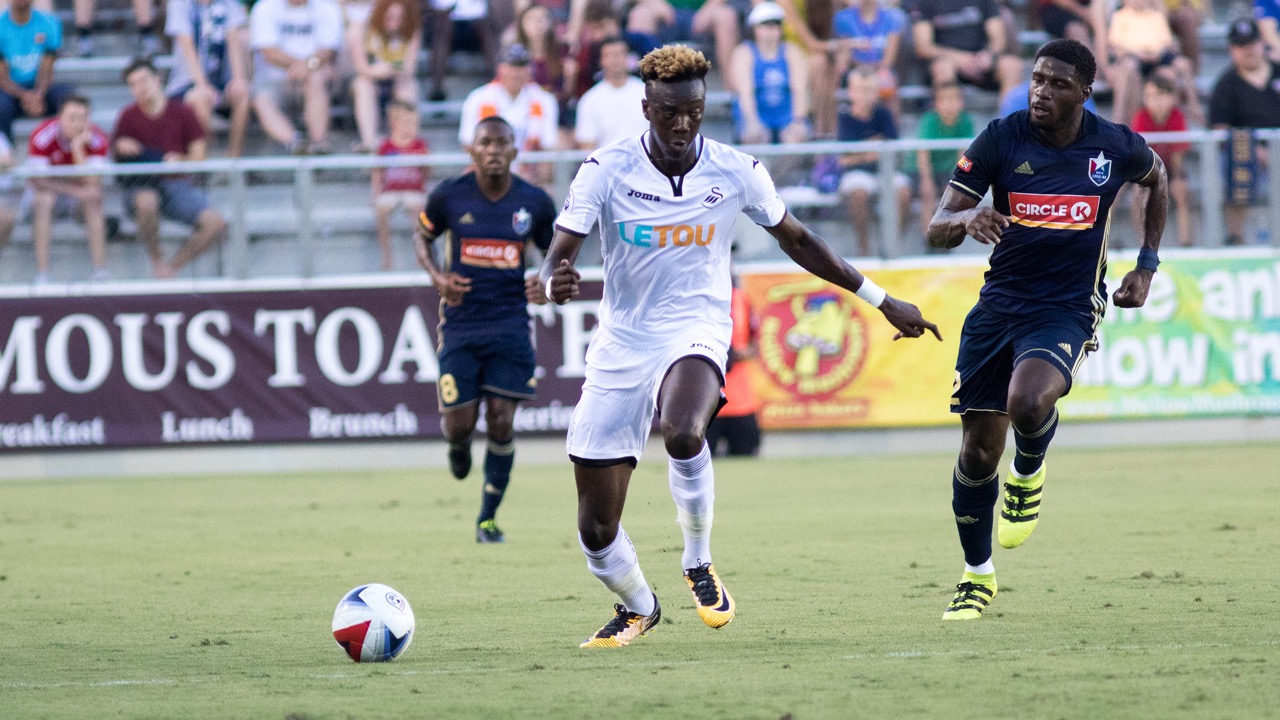 Swansea City battled out a goalless draw with North Carolina in their final pre-season tour friendly in America.

The Swans edged a contest played in extreme humidity at Wakemed Soccer Centre to end their tour with one victory and two draws.

They faced a North Carolina side - managed by former Northern Ireland, Southampton and Portsmouth striker Colin Clarke - of the North American Soccer League (NASL), which is the second tier of the American pyramid.

The Swans created a couple of early chances as Leroy Fer just failed to convert a Tom Carroll corner, while Carroll fired a Tammy Abraham cross inches over the bar.

Abraham and Kyle Naughton combined well down the right but Jordan Ayew couldn’t get to the low cross as if flashed across the face of goal.

Lukasz Fabianski, making his first appearance of the tour after suffering with a tight hamstring, had to pull off a great save to deny Dre Fortune in the 18th minute, while Martin Olsson fired just over at the other end.

Fer forced a good save from Brian Sylvestre in the 24th minute as the visitors dominated the possession stakes, before the referee ordered a well-deserved water break from the soaring temperature and humidity.

Both teams looked drained as the half came to a close with the game goalless.

The best chance of the game so far fell to Fer in the 55th minute when he met a cross from Ayew. But his point-blank header was superbly saved by substitute Macklin Robinson.

Ayew wasted another good chance straight after as the game started to open up while Carroll, who had just been booked, curled an effort just wide.

Clement rang the changes in the 62nd minute with five changes, with another five following in the 66th minute, as Federico Fernandez remained the sole survivor.

One of those changes, Oli McBurnie forced Robinson into another good save with a close-range header, while Roque Mesa fired inches wide with 72 minutes gone.

Stephen Kingsley had a goal-bound shot blocked, while Mike van der Hoorn came to Swansea’s rescue at the other end with a timely block to deny Jonathan Orlando.

Then van der Hoorn had a shot saved in the dying moments, while McBurnie headed over in injury time in front of a crowd of 7,268.

Neither side could make the breakthrough however and the game ended goalless.

Watch the full game via HERE