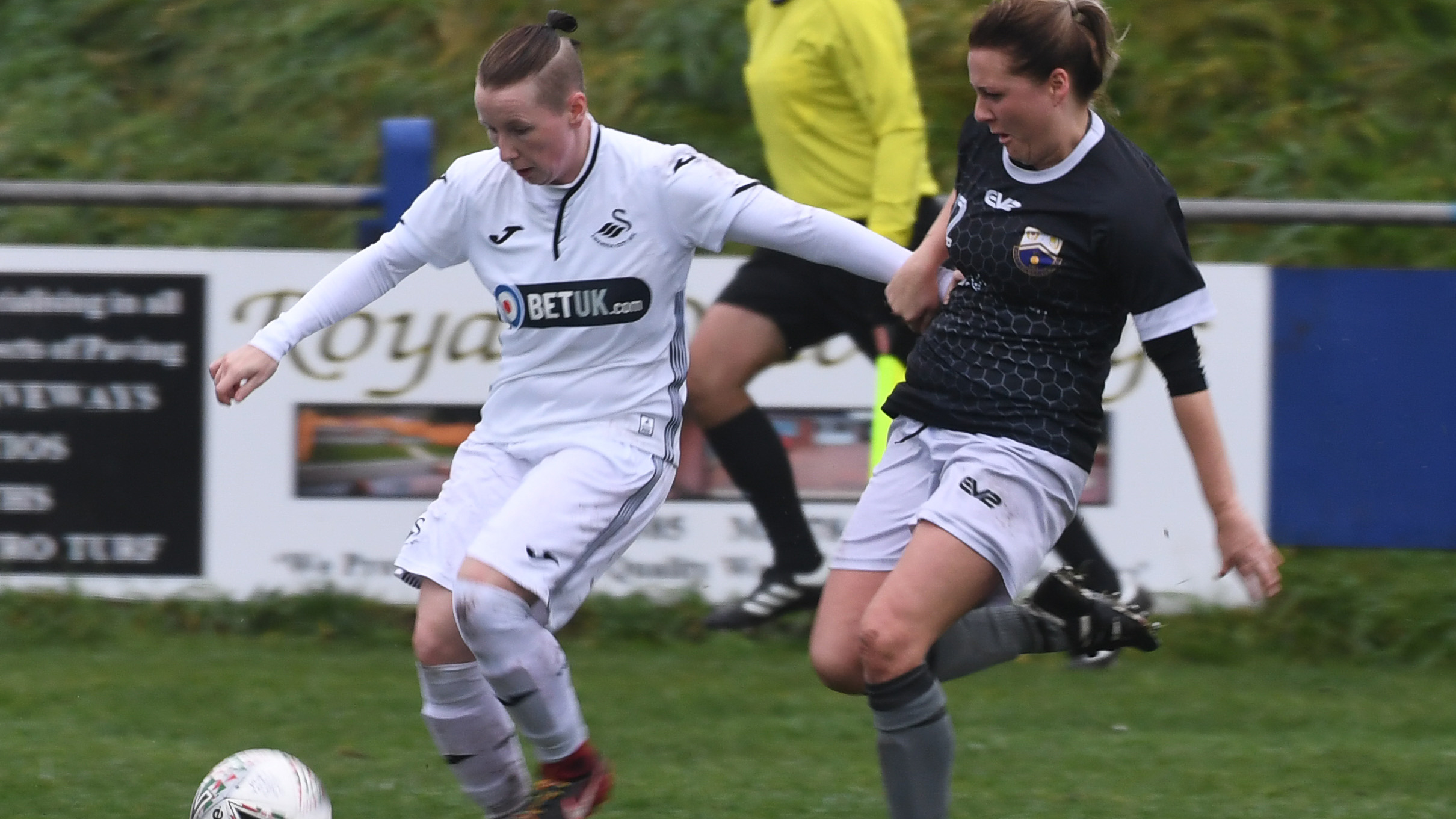 The Swans Ladies beat neighbours Port Talbot for the second time in two weeks to book their place in the semi-finals of the Welsh Premier Women’s League Cup.

Following their impressive 5-1 victory over Port Talbot in the League the week before, Ian Owen’s side triumphed once more - but this time they needed a last-gasp winner.

The Swans were quick out of the blocks with Sarah Adams going close in the first five minutes.

Her free-kick on the edge of the area went agonisingly wide but she wouldn't have to wait much longer to get her name on the scoresheet.

Picked out by Sophie Hancocks just six minutes later from a free-kick in the centre of the park, Adams deftly controlled the ball on the wing before sending a looping shot over the keeper to break the deadlock.

More chances for the Swans followed, with both Stacey John-Davis and Adams threatening, before Port Talbot found a way back into the game via Laura May Walkley before half-time.

The second half saw a handful of chances for the Swans but it wasn't until the sixth minute of added time that they claimed a winner.

The Swans were dealt a big blow when striker John-Davis went down injured in the box on 60 minutes, but it was Jodie Passmore came into the fray to seal victory.

When the referee pointed to the spot deep into injury time, Passmore stepped up and coolly found the back of the net.

“The team battled hard for 90 minutes, so to score in the dying moments to take us through to the semi-final felt great,” the forward said.

The Swans have drawn Rhyl at home in the semi-final. The game will be played on Sunday 27 January at Llandarcy Academy of Sport.

Next up, the Swans face Cardiff City in the first South Wales derby of the season at the Leckwith Stadium this Sunday at 2pm.