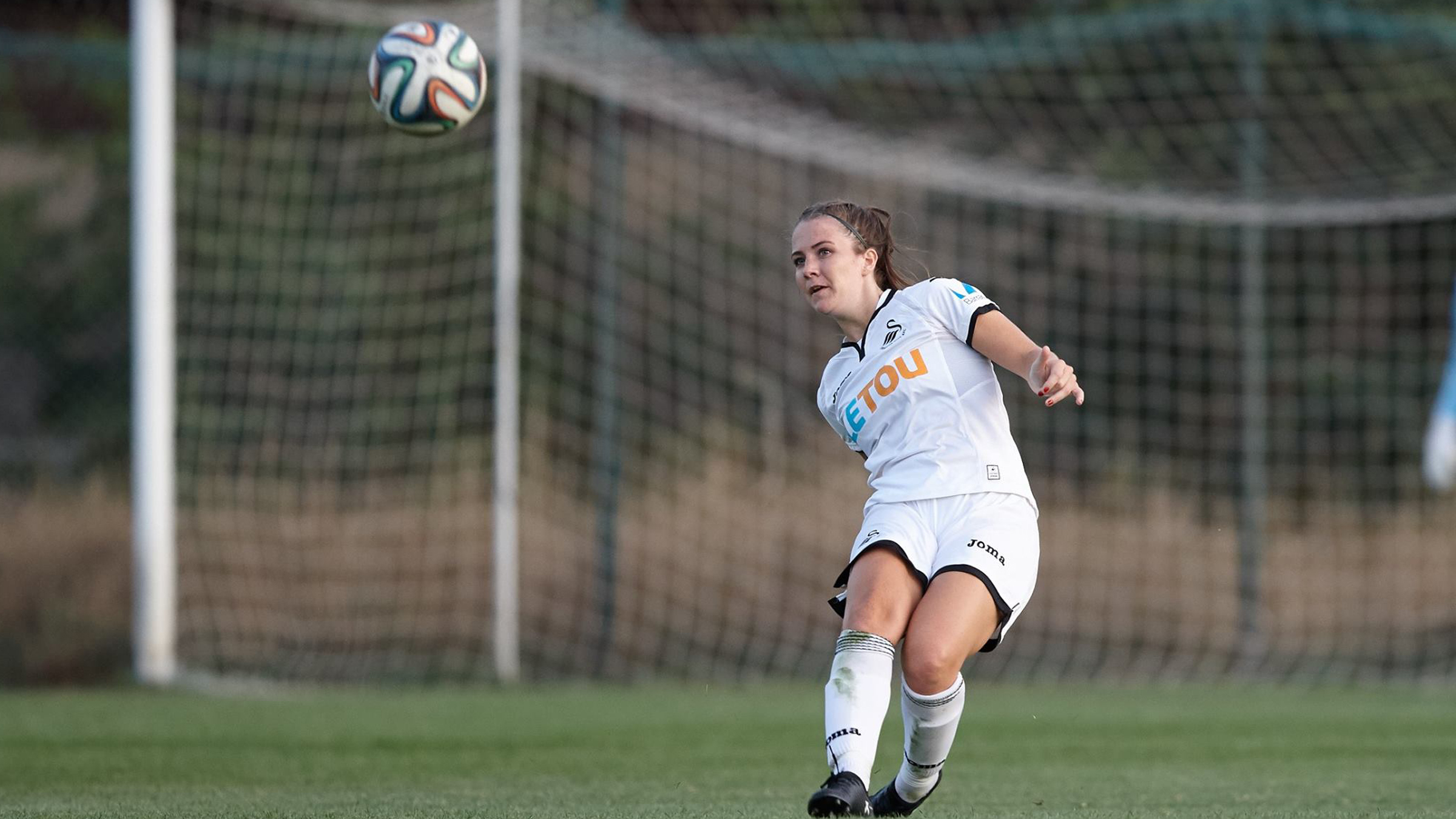 ​​​​​​​The Swans Ladies produced a five-star performance to defeat Rhyl Ladies 5-1 at the Corbett Sports Stadium on Sunday.

This was the Swans’ fifth consecutive victory in the Welsh Premier Women’s League.

Jodie Passmore opened the scoring in the fourth minute when she latched on to a lofted through ball from Alicia Powe to fire home.

Just two minutes later, an Emma Beynon effort forced Rhyl’s keeper into a save, but Katy Hosford scored on the rebound.

Efforts from Beynon and Hosford went just wide as the Swans searched for their third goal.

Some great build-up play allowed Passmore to feed Beynon to make it 3-0 in the 37th minute.

Rhyl reduced the deficit just before the break as Swans keeper Kate Brisland could only tip a free-kick into her own net.

Ellie Lake earned the Swans a free-kick in the 50th minute following a great driving run. She took the free-kick and hit the wall, but she smashed the rebound into the bottom corner to make it 4-1.

Beynon then met a Hosford corner to score her second of the match and seal the 5-1 victory for Ian Owen’s side.

Next up for the Swans Ladies is a trip to the Leckwith Stadium this Friday evening (7.15pm) as they face Cardiff City FC Women in the Welsh Premier Women’s League.