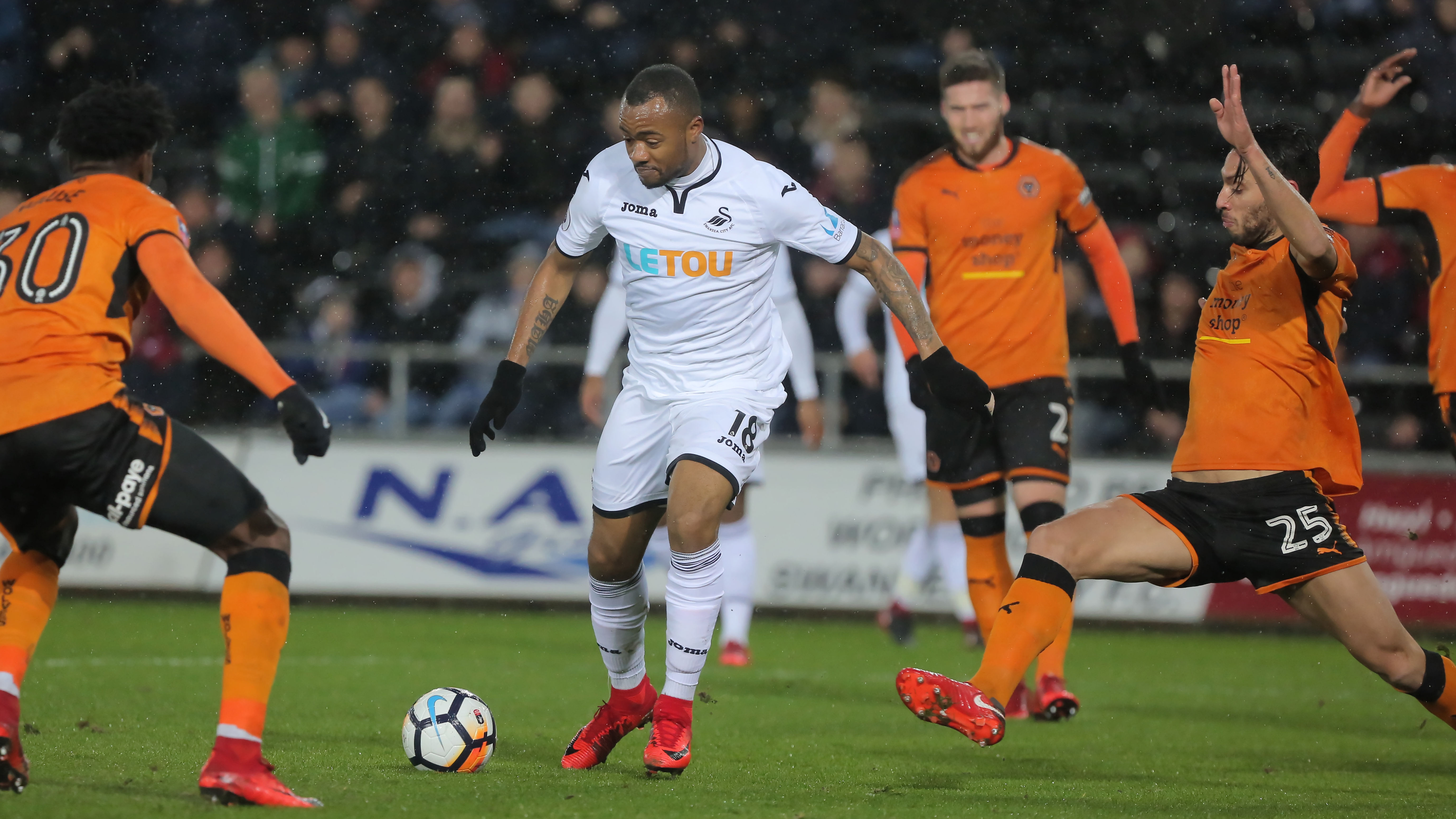 Swansea City were guilty of failing to take their chances as they were beaten 3-0 by SC Freiburg in their final friendly ahead of the new Championship season.

Graham Potter’s team created their share of goalscoring opportunities against the club who came 15th in the Bundesliga last term.

But while the Swans failed to find a finish, Freiburg were much more ruthless as they sealed what in the end was a comfortable victory.

With their tour of Germany and Austria now over, the Swans will head home to Wales to make final preparations for the second-tier opener at Sheffield United in eight days’ time.

Potter’s side came close to taking the lead inside three minutes against Freiburg, when Joel Asoro did well to chase down Kristoffer Nordfeldt’s clearance only to see his shot saved by Alexander Schwolow.

It was Freiburg who struck early, with Marco Terrazzino finding too much space between the Swans’ midfield and the back three.

He was allowed to pick out Tim Kleindienst and the striker stepped inside before firing a low shot past Kristoffer Nordfeldt.

Things almost got worse for the Swans four minutes later, but this time Kleindienst’s shot came back off the post.

The Swans responded, with Oli McBurnie coming close to a leveller when he met Asoro’s corner with a header which was pushed on to the bar by Schwolow.

That move reduced the Germans’ threat, and it was the Swans asking questions again when Federico Fernandez met Matt Grimes’ free-kick but his tame effort was comfortably saved.

Freiburg changed almost all of their team at the break, with German international forward Nils Petersen among those to come on.

He soon found the net only to be flagged offside, then saw a second effort hit the bar.

At the other end, Jordan Ayew saw one header go wide and a second blocked after some fine work by sub Jefferson Montero.

The flying winger was causing big problems for Freiburg, and another sweet cross saw McBurnie nod down for Jay Fulton but he fired over.

The Swans were enjoying their best spell, but Freiburg countered and doubled their lead as Petersen crossed from the left on 72 minutes.

Caleb Stanko headed the ball into the path of Luca Waldschmidt and he fired home.

Eight minutes later, Freiburg put the result beyond doubt as Petersen lifted the ball over the advancing Nordfeldt and into the net.