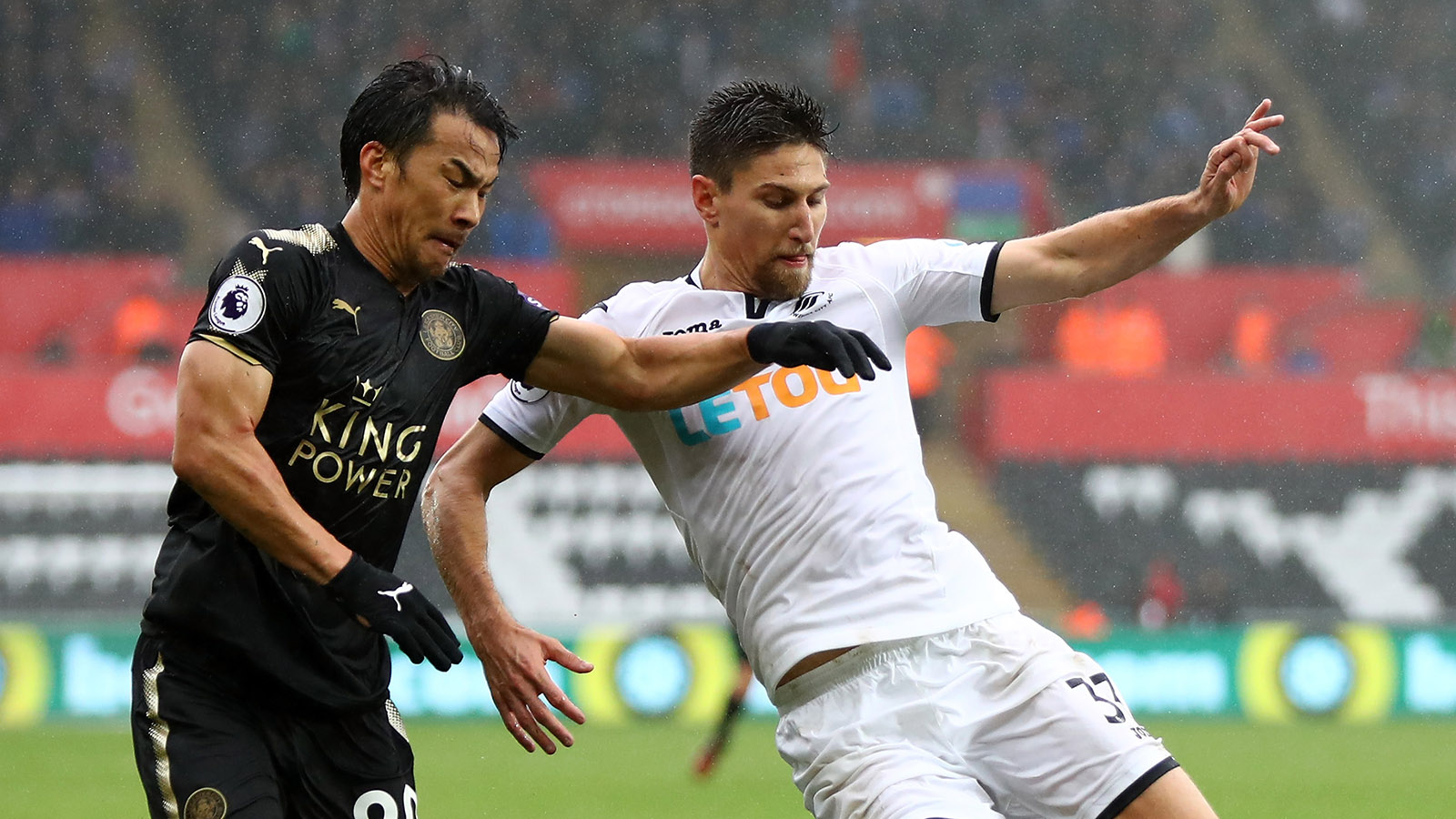 The Swans suffered a disappointing defeat at home to managerless Leicester at the Liberty Stadium.

An own goal from Federico Fernandez and an early second-half strike from Shinji Okazaki gave Leicester a deserved two-goal lead, which Alfie Mawson reduced.

But despite an improved effort in the second half, the Swans were beaten for the fourth time in five home games this season.

Swansea made one change to the side that beat Huddersfield 2-0 at the Liberty last time out with Renato Sanches returning from a thigh injury to replace the suspended Leroy Fer in midfield.

Leicester, with caretaker manager Michael Appleton in charge following the sacking of Craig Shakespeare in midweek, also made one change with Okazaki coming in for Kelechi Iheanacho.

And it was the visitors who were the better side in the opening 25 minutes as Lukasz Fabianski had to pull off a string of fine saves, with the first coming as early as the second minute to deny Okazaki.

With 10 minutes gone the Polish international made a sharp save to deny Marc Albrighton before tipping over a long-range effort from Jamie Vardy.

Leicester continued to threaten as they countered at lightning pace. Fabianski did well again to save at Wilfred Ndidi's feet, before Fernandez cleared in the nick of time as Okazaki prepared to tap home.

Tammy Abraham had two half-chances for a stunned Swansea, but it was no surprise that Leicester took the lead in the 25th minute.

Another quick counter caught Swansea napping as Mahrez found space on the left near the corner flag. With the Swans claiming the ball had gone out of play, Mahrez whipped in a cross which Fernandez headed into his own net.

It did spark a response from the home side as their best passing move of the game in the 37th minute ended with a shooting chance for Kyle Naughton, but his 20-yarder was blocked by Fuchs.

Swansea made an awful start to the second half as Leicester doubled their lead in the 49th minute when they countered from a Tom Carroll free-kick.

Albrighton did well to pick out the unmarked Mahrez at the far post, and he touched the ball down for Okazaki to tap home to make it 2-0.

The Swans were back in it with 56 minutes gone, however, as they pulled a goal back.

Sanches' corner was helped on by Jordan Ayew and Mawson turned well and shot into the far corner.

Swansea applied the pressure in search of the equaliser, but it took another excellent save from Fabianski to deny Vardy as he ran clean through.

Despite a better second-half display, with substitute Wayne Routledge going close at the death, there was no way back for Swansea as the visitors left with a deserved victory.