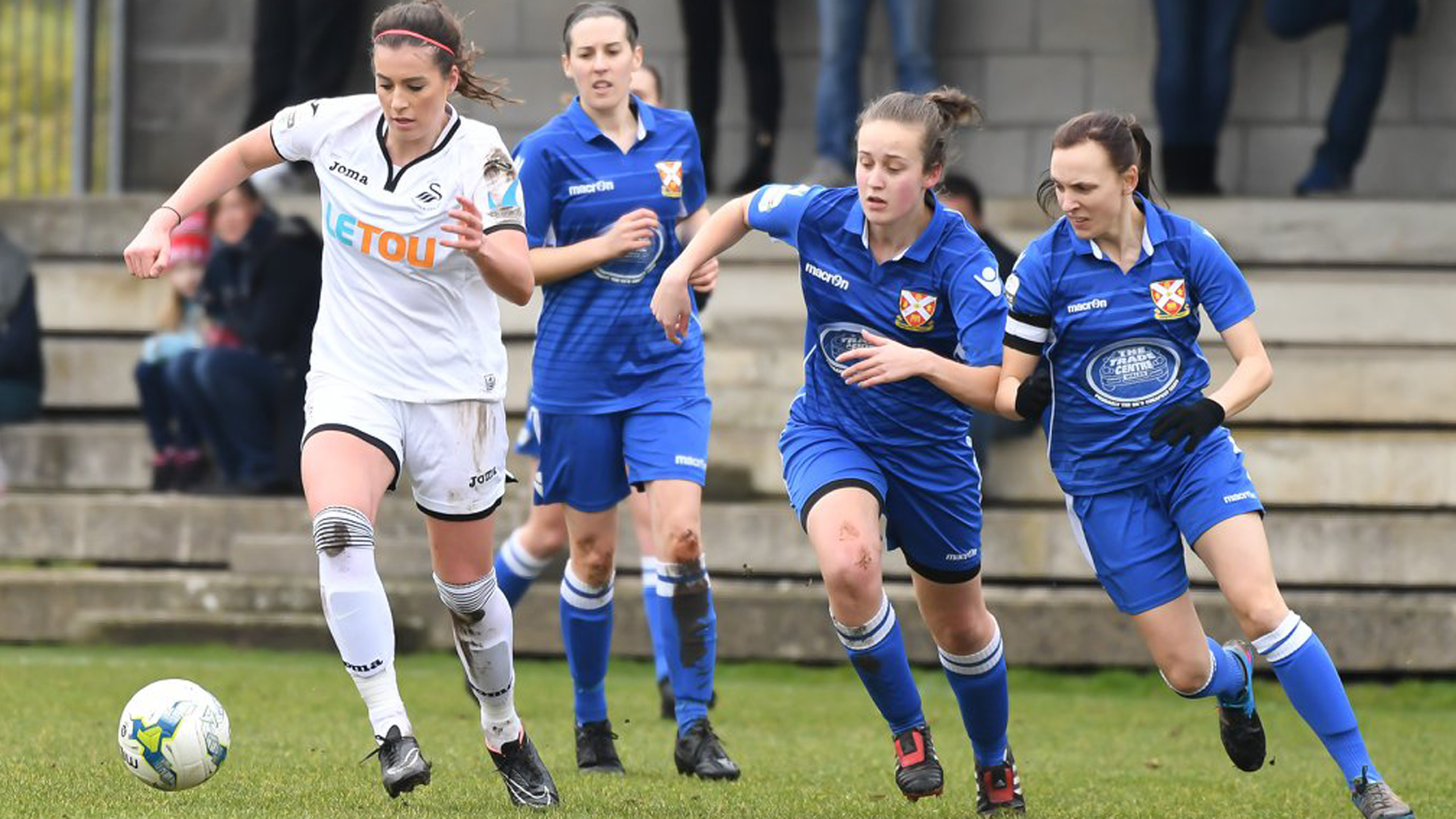 A late goal from Abergavenny Women meant Swansea City Ladies were held to a 1-1 draw at Llandarcy Academy of Sport.

Emma Beynon had the first real chance for the Swans Ladies in the second minute of the match but fired just off target.

Sophie Hancocks opened the scoring in the sixth minute with a half-volley from the edge of the box.

Just two minutes later, an Abergavenny free-kick was collected by Swans keeper Gemma Border as the visitors looked to level the score.

A low shot from Beynon went just wide before a Jodie Passmore strike narrowly missed the woodwork in the 27th minute.

The Swans Ladies were awarded a penalty in the opening minute of the second half. Passmore stepped up but saw her effort hit the post.

At the other end, Border pulled off a fine save to stop Abergavenny levelling in the 48th minute.

A close-range effort from the Swans’ Sarah Adams was saved in the 73rd minute before Abergavenny’s Lyndsey Davies slotted home from close range to equalise just five minutes from time.