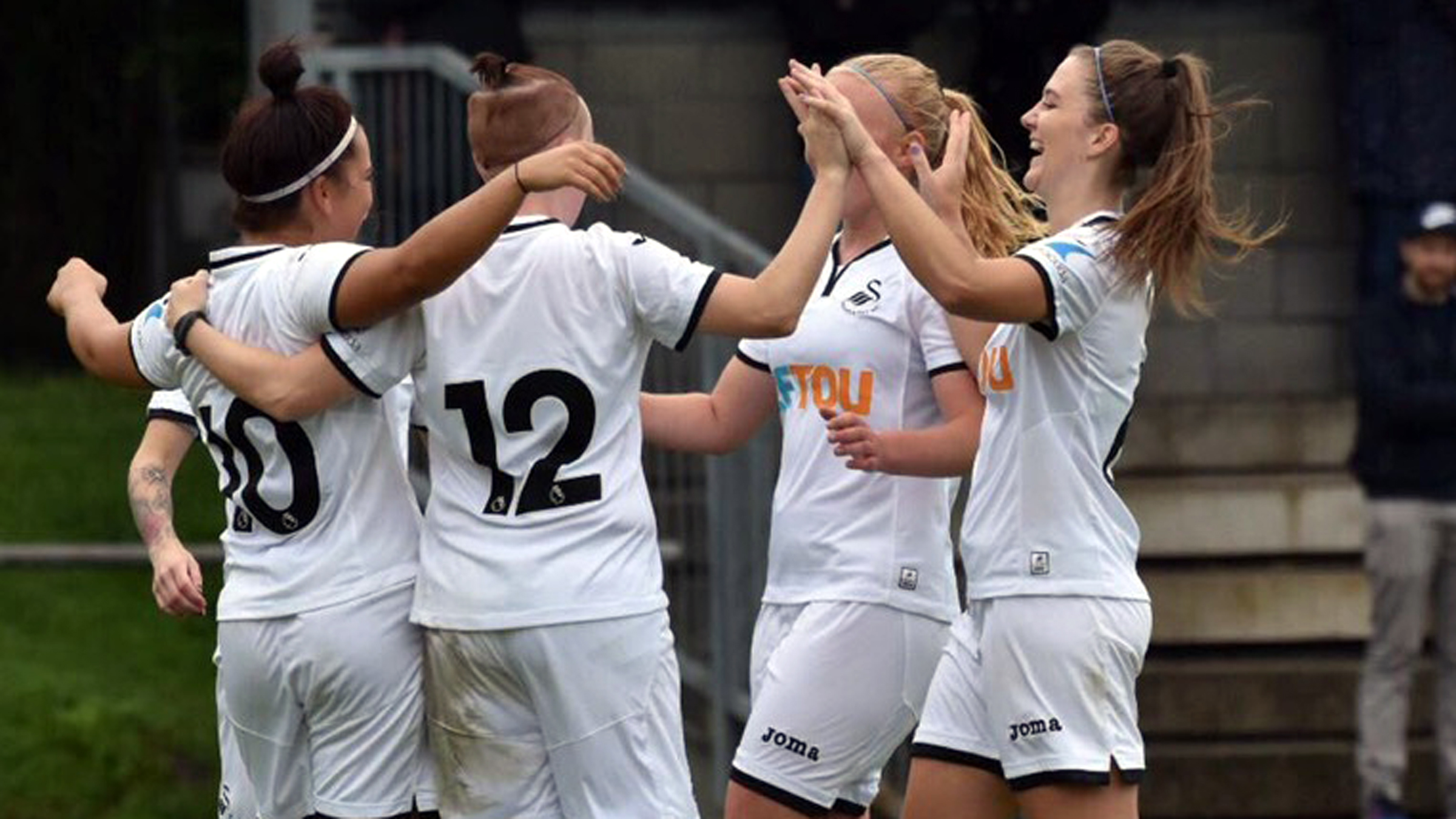 Ian Owen’s side got off to a winning start with Stacey John-Davis, Jodie Passmore, Emma Beynon and Katy Hosford all scoring for the Swans

Summer signing Alison Witts, who made the move to South Wales after joining from Swindon Town, made her league debut while fellow new arrivals Ellie Lake and Georgia Roberts-Powell were both on the bench.

The Swans were quick out of the traps, dominating possession and enjoying the majority of the chances in the first half but failed to find the back of the net after a flurry of chances.

Skipper Alicia Power had the first shot of the day, firing just wide on the tenth minute, followed by two free-kicks from Passmore and Hosford, who saw their efforts saved by Caldicot’s keeper.

John-Davis, last season’s top scorer, then put her shot narrowly wide of the goal before Witts headed against the bar from a corner midway through the first half.

The Swans were again denied by the woodwork after Kelly Newcombe hit the bar following a stoppage-time corner.

John-Davis finally broke the deadlock for the Swans in the 53rd minute with a neat finish following a pinpoint cross from Hosford.

The hosts were quick to capitalise and within five minutes Passmore had doubled the lead with a great strike from inside the box in the 58th minute.

Beyond rounded off a week in which she was called up to represent Wales Women in their World Cup qualifier against Kazakhstan by making it 3-0 after 65 minutes after she slid in at the far post.

Hosford rounded off the scoring from ten yards out to guarantee the three points for the defending league champions.

“We are really pleased to kick off the season with three points,” said Owen.

“We played some great football, particularly in the second half. Four goals and a clean sheet after our tough Champions League games in Romania was a great start to this year’s campaign.”