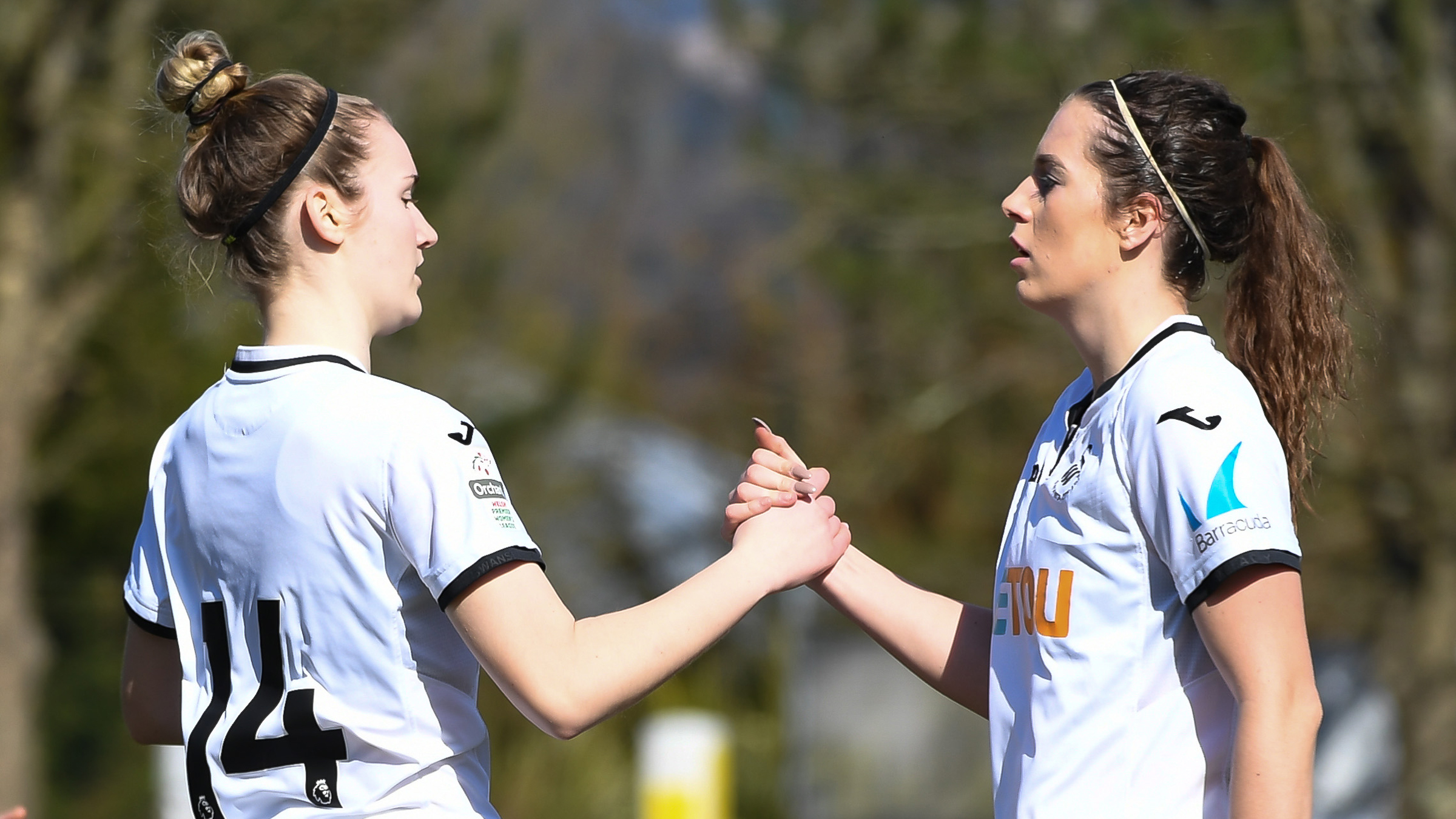 ​​​​​​​The Swans Ladies produced a five-star display to defeat Rhyl Ladies 5-0 in the Welsh Premier Women’s League at Llandarcy Academy of Sport on Sunday.

Striker Katie Davies opened the scoring in the 18th minute with a long-range shot.

The Swans continued to create chances throughout the first half, with Katy Hosford and Jodie Passmore going close.

Passmore doubled the Swans Ladies’ advantage in the 43rd minute with a well-taken goal from close range.

After the break, Swans keeper Gemma Border was called into action as Rhyl tried to get back in the game.

An outstanding strike from Alison Witts hit the woodwork shortly after the hour-mark as the Swans Ladies searched for their third.

Stacey John-Davis then latched on to a Katie Davies cross to stab home from close range in the 71st minute.

Substitute Emily Richards completed the scoring for Ian Owen’s side in the 81st minute, slotting home her first league goal for the Swans Ladies.

Richards was delighted with the victory which leaves the Swans Ladies in second place in the WPWL table.

“It feels great being involved with such a great team and it was a bonus to score,” she said.

“I hope to get more game-time to develop as a senior player and to make more contributions to the team as the season progresses.”