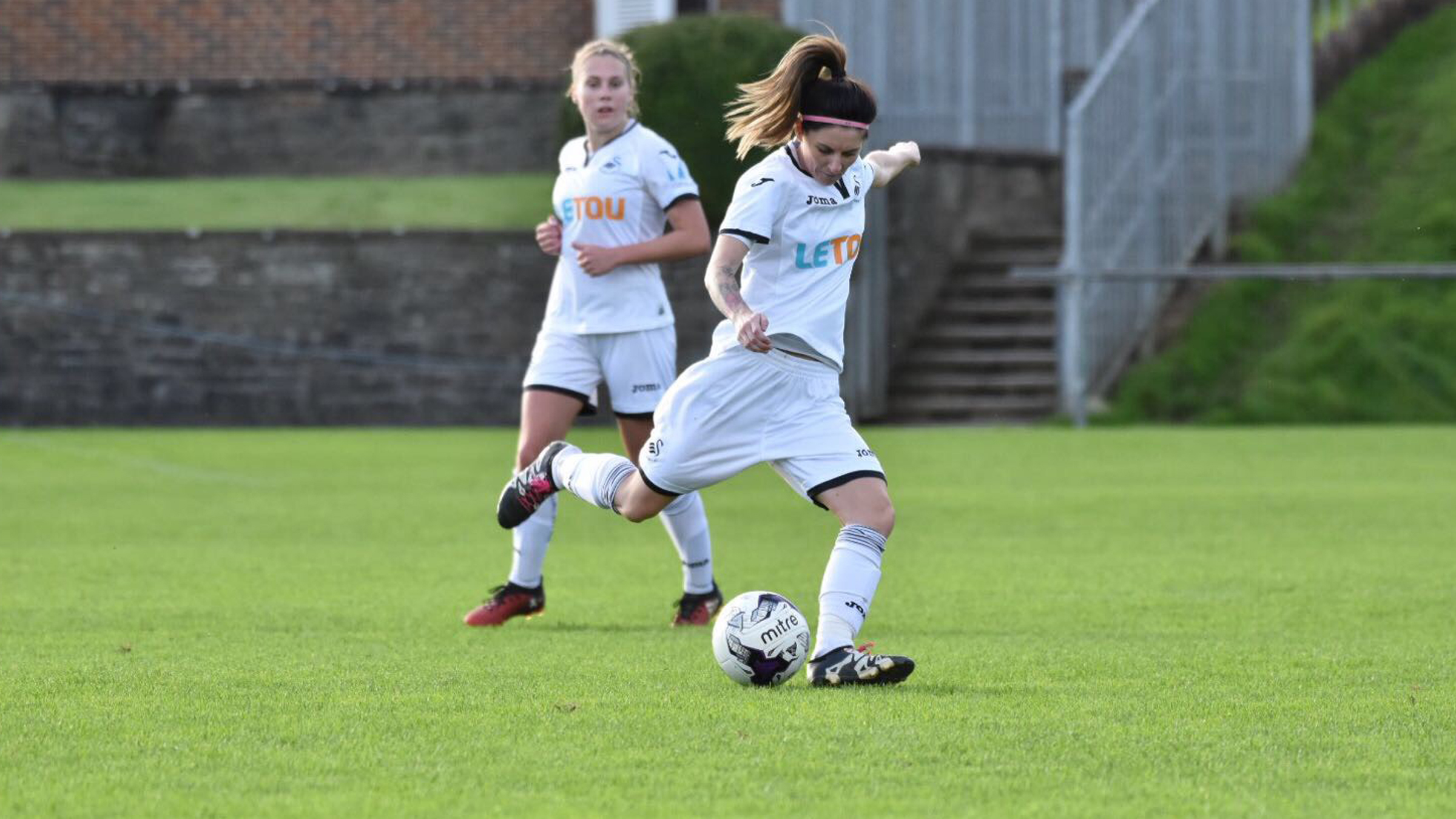 Swansea City Ladies extended their unbeaten league record to four games with an impressive 6-0 victory over Caernarfon Town Ladies at Llandarcy Academy of Sport on Sunday.

The Swans Ladies raced out of the blocks, taking the lead in the second minute as Emma Beynon found the net from close range.

Ria Hughes came close to doubling their lead with a great effort, but Caernarfon’s keeper managed to palm the shot over the bar.

Beynon netted her second of the match in the 20th minute when she slotted home following a Stacey John-Davis cross.

Just minutes later, a powerful strike from striker Jodie Passmore narrowly missed the woodwork as the Swans searched for their third.

Midfielder Sarah Adams extended the Swans’ lead to 3-0 in the 32nd minute when she chipped Caernarfon’s keeper.

Passmore tapped in Swansea’s fourth in the 43rd minute to give Ian Owen’s side a 4-0 lead going into the break.

John-Davis got on the end of an Ellie Lake cross and stabbed home just a minute into the second half to extend the hosts’ lead to 5-0.

Alison Witts sealed the win for the Swans with a great strike in the 63rd minute.

“It’s really good for me personally and for the team to get the three points. To be on the scoresheet is always good, it’s nice to be back,” said Beynon.

“We’re training hard and we’re just trying to get that top spot so every game is a big game for us. Getting the win against Caernarfon was great.”