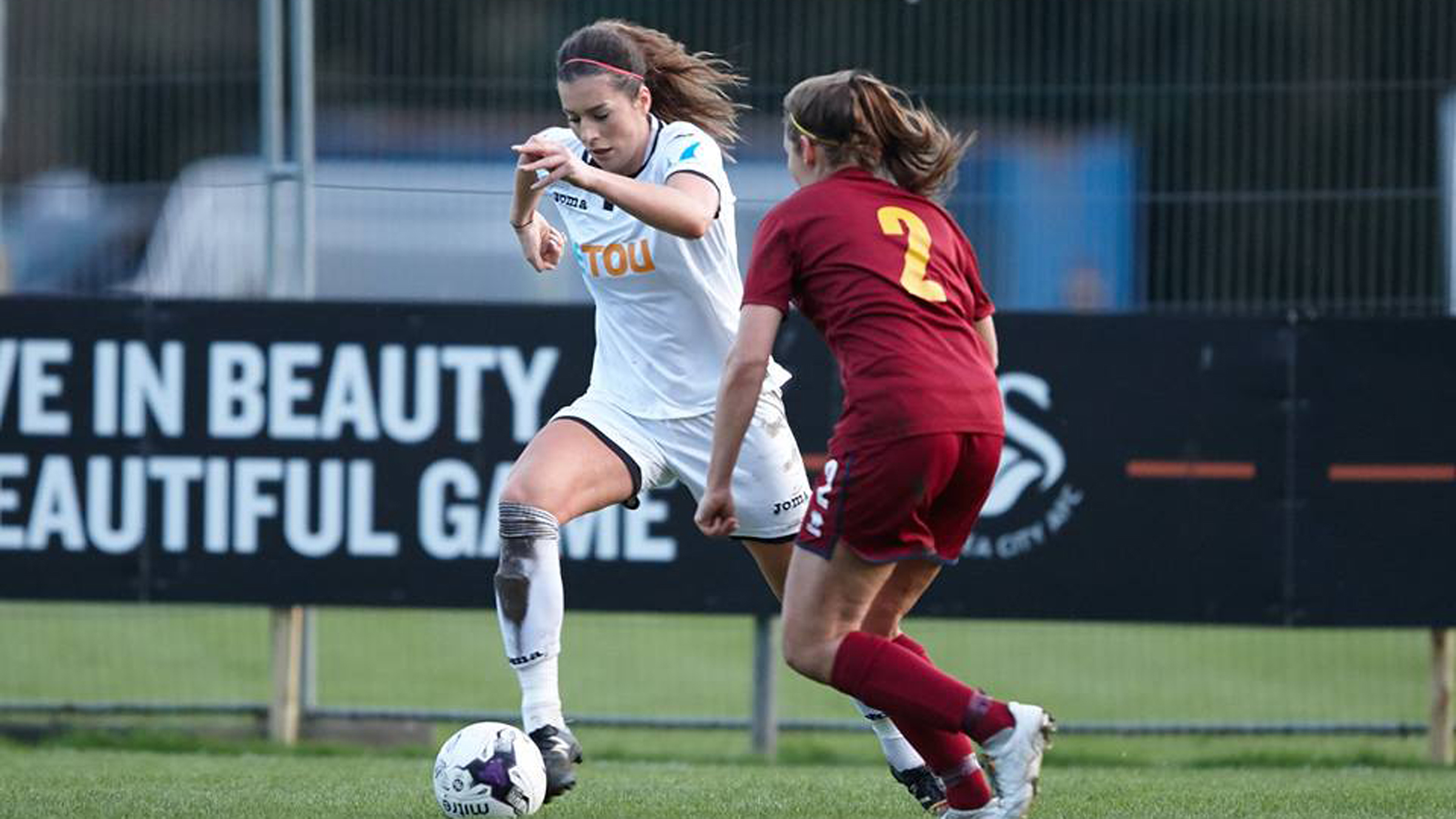 The Swans Ladies hit Llandudno for six to extend their winning streak in the Welsh Premier Women’s League to three games.

A powerful performance from Ian Owen’s side saw them storm to a 6-0 victory over their northern rivals as they hosted Llandudno at the Llandarcy Academy of Sport.

Two changes from the team that put six past Briton Ferry the week before saw Ria Hughes return in defence while Jodie Passmore started at the other end of the pitch after coming off the bench to net against Ferry.

The game also saw the re-introduction of Ellie Lake, who returned to the squad following surgery.

Joining her on the bench was new signing and Welsh international defender Shaunna Jenkins, who made the move to the Swans from Cyncoed last month.

Not wasting any time, the Swans were quick out the traps and were 2-0 up within the first five minutes after Katy Hosford first pounced on a loose ball in the box and Stacey John-Davis scored her fifth goal in three games following a corner.

The Swans continued to dominate and made it 3-0 just before the half hour mark after the referee pointed to the penalty spot following a foul on John-Davis.

Passmore stepped up and made no mistake to increase the lead.

Minutes later, Emma Beynon added a fourth to see the Swans go in at half-time with a comfortable lead.

Second-half changes first saw Jenkins make her Swans bow and then Lake come into the fray, and the goals kept coming with Passmore and Beynon both bagging braces.

With three wins from three – and 16 goals scored in the process – the Swans move up to third in the league, just a point behind reigning champions and current leaders Port Talbot.

Next up, the Swans Ladies travel to the Cyncoed Campus on October 21 where they will take on Cardiff Met. Kick-off is at 2pm.