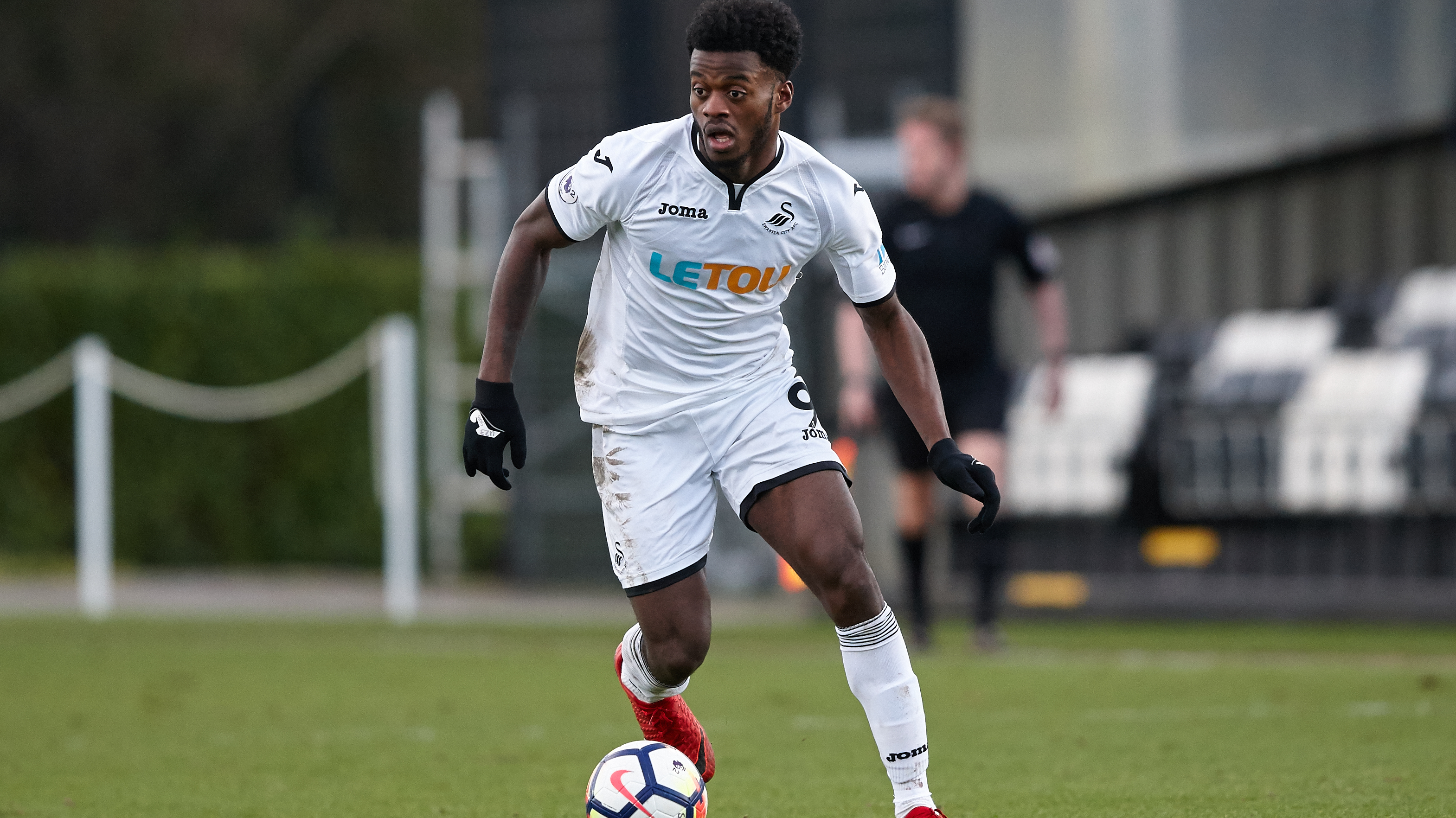 A late strike denied Swansea City a crucial victory in the Premier League Cup as they were held to a 1-1 draw by Newcastle United.

Owen Bailey headed home an 86th-minute equaliser to cancel out Botti Biabi’s earlier goal and ensure it ended all squad at Landore.

The young Swans must now beat Burnley in their final game in Group D on February 26 if they are to progress to the knockout stages of the competition.

Biabi was one of five changes made to the side that enjoyed a dramatic 1-0 victory over Manchester City in Premier League 2 last time out.

Kenji Gorre and Connor Roberts also returned to the starting XI, while there were first starts at under-23 level for goalkeeper Steven Benda and defender Joe Lewis.

The hosts had Benda to thank as they nearly fell behind in the seventh minute. A rare mistake by Aaron Lewis saw Luke Charman bear down on goal, but the Newcastle striker was brilliantly denied by great reflexes from the 19-year-old.

However, the Swans asked more questions with Biabi just failing to connect with a header, while Roberts shot straight at Brendan Pearson with a great opportunity from close range.

And the hosts did make the breakthrough 11 minutes into the second half in fine fashion.

George Byers threaded a neat through ball into the box for Gorre, who then showed great awareness to square for Biabi to provide the finishing touch by tapping home.

They went close to doubling their lead in the 79th minute as Gorre got in behind once more, but his shot was well-blocked by Bailey.

Newcastle midfielder Bailey produced the goods at the other end of the field seven minutes later when he rose highest in the area to head a corner beyond the reach of Benda.

The Swans, who are defending champions, must now take maximum points from their final group game against Burnley in two weeks’ time to advance to the knockout phase.