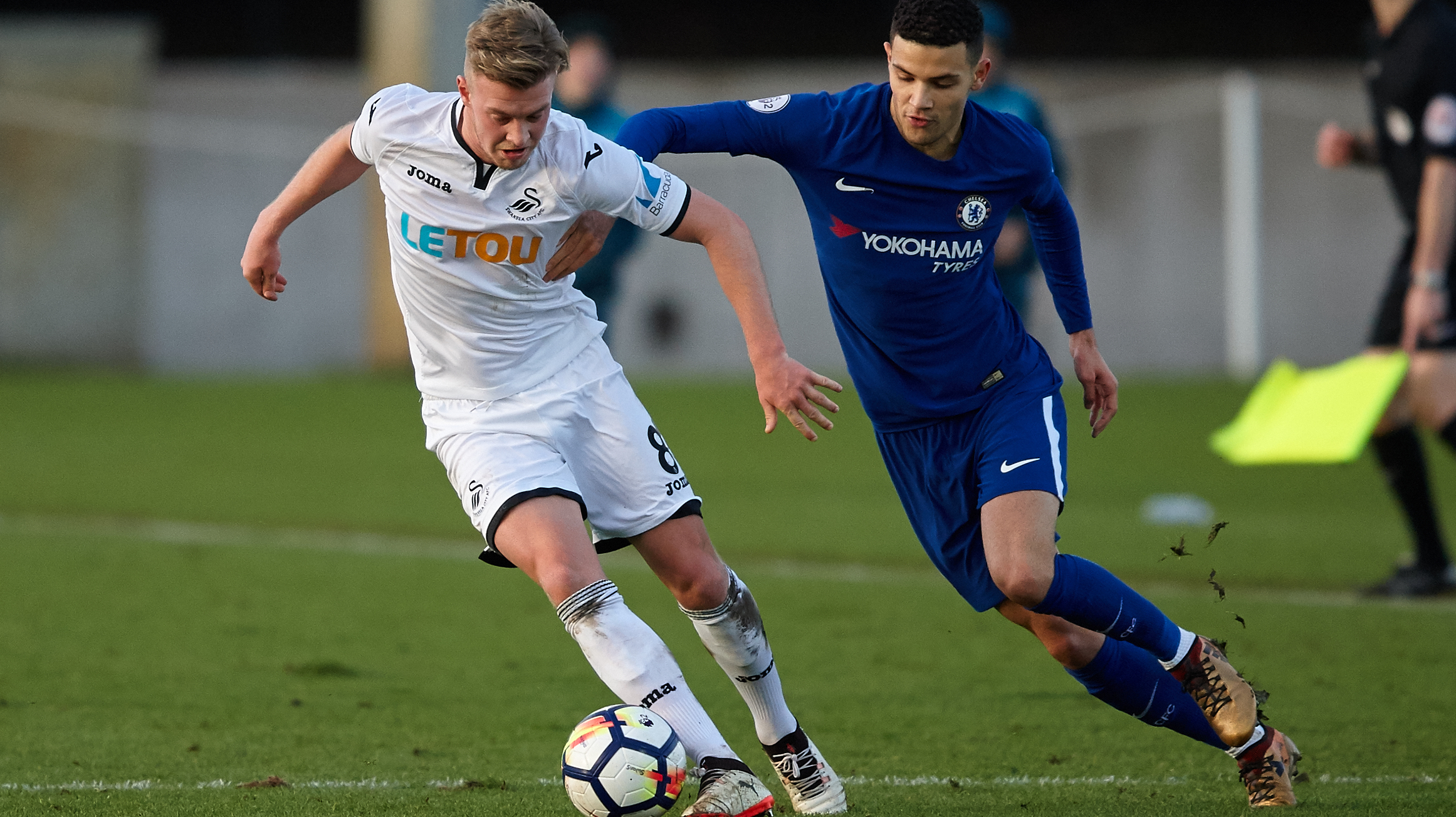 Adam King and Liam Cullen were on target as Swansea City Under-23s began 2018 with a 2-0 victory over Chelsea at Landore.

King opened the scoring with a wonderful first-time effort in the first half while substitute Cullen wrapped up the points in stoppage time as the young Swans recorded their fourth consecutive victory in Premier League 2.

The hosts made nine changes to the side beaten by Athletic Bilbao B in the Premier League International Cup last time out with Cian Harries and Jordon Garrick the only surviving players.

There were also starts for Matic Paljk, who was appearing for the first time in nearly four months, and Botti Biabi following his return from a five-month loan spell with Scottish Premiership side Hamilton Academical.

The Swans took the lead in the 14th minute when Aaron Lewis fizzed a low ball to the edge of the penalty area, where King swept a fine effort into the top corner.

Despite losing Paljk to injury five minutes later, the Swans continued to threaten with George Byers seeing a shot deflect narrowly wide, while Brandon Cooper fired just off target with a drilled effort.

At the other end, Gregor Zabret got down well to deny Isaac Christie-Davies and Kyle Scott as Chelsea looked for an equaliser.

The visitors were aiming for a fourth straight victory in all competitions but could not find a way past the stubborn Swans.

And the victory was sealed in the first minute of stoppage time when Garrick broke away on the counter-attack and showed great awareness to square the ball for Cullen, who made no mistake from close range.