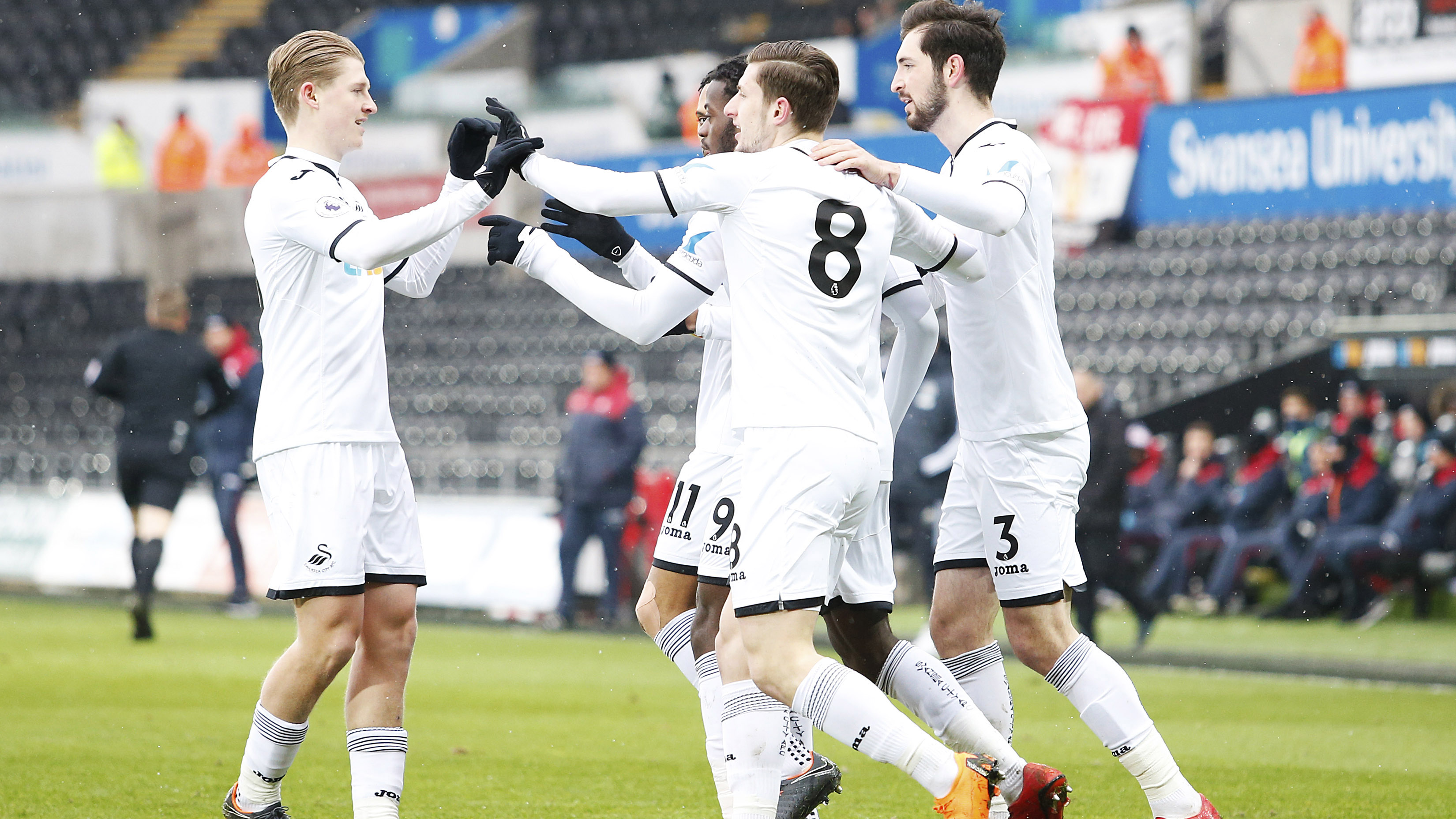 Botti Biabi and Adnan Maric were on target as Swansea City Under-23s moved up to third place in Premier League 2 thanks to a 2-0 victory over Manchester United at the Liberty Stadium.

Two goals in the opening 23 minutes did the damage for the young Swans, who moved to within two points of leaders Leicester City with two matches remaining in the league campaign.

Biabi opened the scoring with a cool finish on seven minutes, while Maric doubled the lead when he rounded off a neat move to seal the hosts’ 10th league win of the season.

The young Swans made four changes to the side that beat Leicester 3-1 at Landore on Monday with Matic Paljk and Joe Lewis coming into defence, while Jack Evans and Dan James returned in midfield.

There was also a start for George Byers, fresh from appearing on the bench in the first team’s FA Cup quarter-final against Tottenham Hotspur on Saturday, and he was pivotal in the game’s opening goal.

The midfielder showed great anticipation to intercept an attempted pass just inside the United half. He then drove into the heart of the visitors' defence and fed Biabi, who took a touch before drilling past Kieran O’Hara.

Biabi then turned provider as the striker rounded off a neat move by providing a perfect lay-off for Maric to fire into the roof of the net.

The Swans pushed for a third before half-time with Kenji Gorre shooting just over, while James also went close.

United offered more of a threat after the break and it took a fantastic last-ditch interception from Cian Harries to stop Callum Gribbin getting a shot on goal.

The hosts then had Steven Benda to thank as he showed marvellous reflexes to save Ro-Shaun Williams’ volley from point-blank range.

United continued to search for a way back into the game but the Swans remained stubborn to hold on for a clean sheet and another huge three points in Premier League 2.