Swansea City fell to defeat at the Swansea.com Stadium as Stoke City claimed the spoils.

Nick Powell, Sam Clucas and Leo Ostigard were on the scoresheet for the Potters, who picked up just their third away win of the calendar year.

The Swans enjoyed the lion’s share of possession and had periods of control, but struggled to create any real clear-cut chances until substitute Joel Piroe pulled one back with a far-post header, which sparked a strong finish to the contest without the home side adding to their tally.

Jay Fulton had returned to the starting line-up as one of two changes from the draw with Sheffield United, coming back from suspension in place of Jamie Paterson, while Yan Dhanda came in for Liam Cullen with new signing Ethan Laird among the substitutes.

Stoke, meanwhile, had four former Swans in their side in the form of Joe Allen, Sam Surridge, Clucas and Ben Wilmot.

It was the visitors who made the more assured start, Steven Benda punching clear a cross from Clucas, with Ryan Manning mopping up the loose ball before being fouled by Powell.

Tommy Smith then spurned a good sight of goal from a fine cross across the face of goal from Wilmot with 10 minutes on the clock, before Benda comfortably held a tame Surridge header.

But there was no let-off in the 15th minute as Smith’s free-kick flew through the Swansea wall and was headed in by Powell.

Swansea began to settle, having more of the ball and starting to probe around the Stoke penalty box, but the movement of the ball was not crisp enough to work any clear openings.

They did briefly look to have fed Joel Latibeaudiere in down the right from a lovely Flynn Downes pass, but the offside flag was quickly up.

The home side’s domination of the ball continued, but Potters keeper Josef Bursik remained untested as the half-hour mark came and went.

Manning made another key clearance after another Clucas cross had ricocheted around the area before the hosts responded and swept upfield with Jake Bidwell’s header landing wide from Latibeaudiere’s cross.

Swans boss Martin elected to make an early change, sending on Piroe for Dhanda, but the hosts remained behind to that solitary goal at the interval.

They started the second half with renewed impetus, Jamal Lowe turning and squaring a cross that the Stoke defence scrambled away for a corner.

The set-piece was hacked clear after a bit of pinball but Stoke doubled their lead eight minutes into the second half.

The Swans gave up the ball in their own half and Clucas was given far too much time and space to advance and fire the ball into the far corner.

The home side needed a response, and Lowe worked Bursik with a drive from the edge of the area after nice work by Fulton and Piroe.

But Stoke put the game to bed with Ostigard was on hand to lash home from a corner, after his own header had cannoned out off the post.

By this stage Laird was on for his debut and he showed some nice touches, including an inviting pull-back into the area that found no white shirt racing onto it.

Surridge was denied by Benda at the other end before the Swans pulled one back.

Substitute Paterson worked the ball to Bidwell, and his excellent deep cross was headed home at the far stick by Piroe for his first league goal in Swansea colours.

That sparked a rally, with Piroe a lively presence, seeing his goalbound shot unfortunately rebound off Lowe.

Piroe just couldn't properly connect with a Manning cross as the Swans looked to set up a nervy finish, but it wasn't to be. 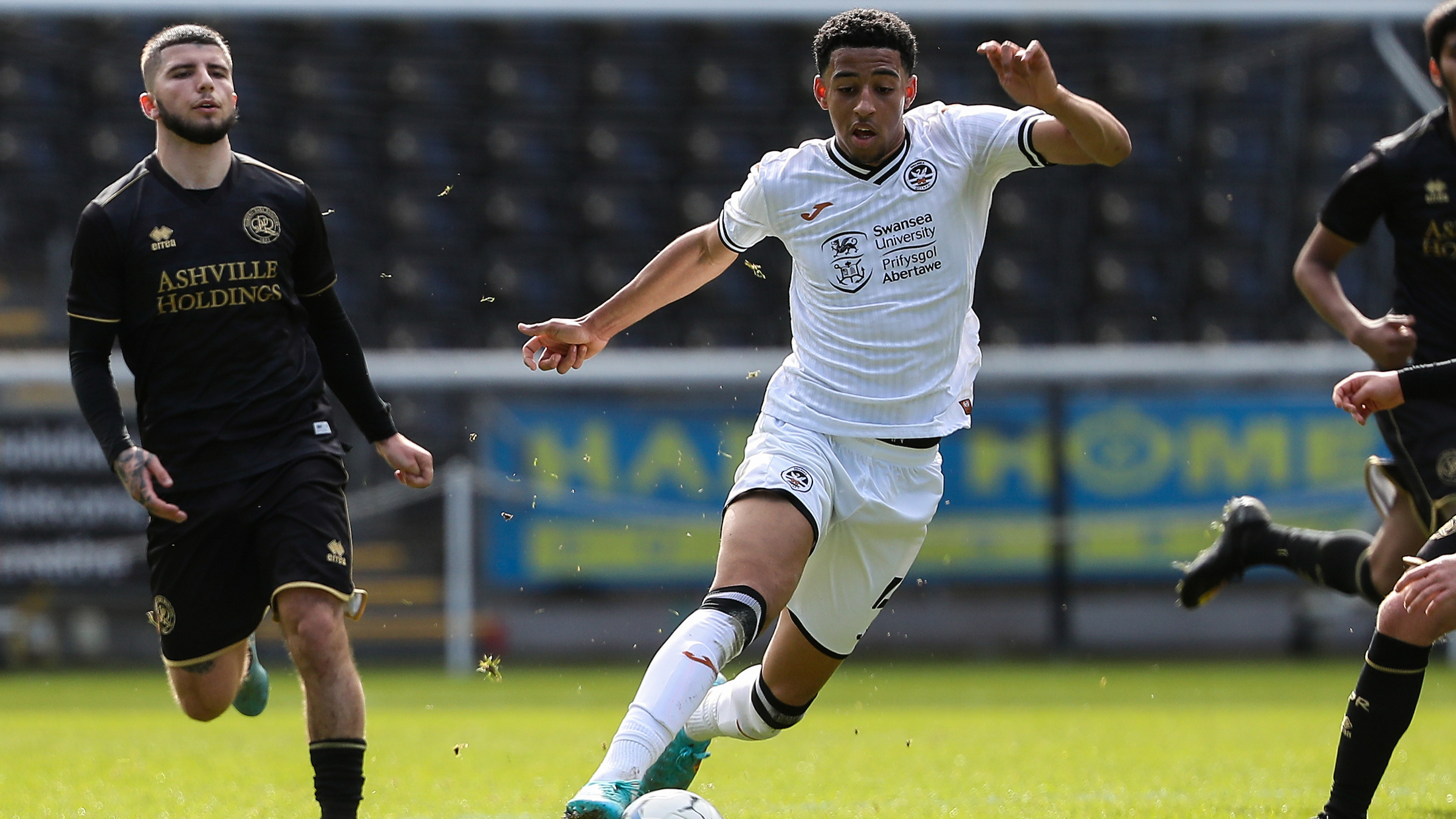 Swansea City Under-21s fell to defeat against AFC Bournemouth in their final pre-season friendly match ahead of the new campaign.