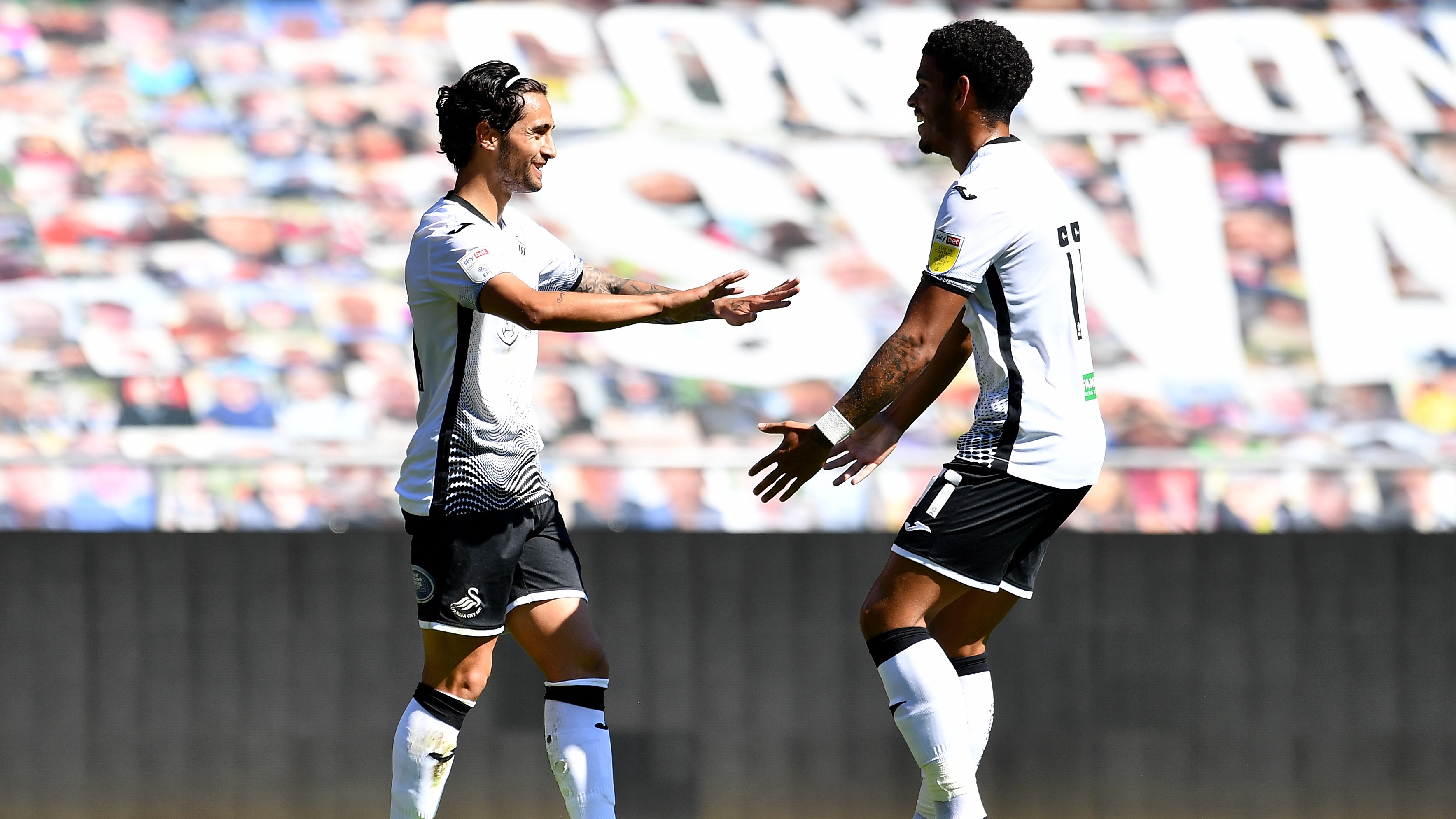 Goals from summer signing Jamal Lowe and Yan Dhanda sent the Swans into the new season on a winning note following a 2-1 victory over Forest Green Rovers at the Liberty.

Lowe bagged his first goal since joining from Wigan in the ninth minute after he skilfully beat his marker before finding the far corner of the net.

Dhanda made it 2-0 in the 28th minute as he latched onto Morgan Gibbs-White’s well-judged pass that sent the former in on goal before beating keeper Luke McGee.

The League Two visitors reduced the deficit before the break with a fine half-volley from Kane Wilson, but that was the last of the goals during a useful 90 minutes of action for Steve Cooper’s side, which saw  Joe Rodon, Jay Fulton, Jake Bidwell and Korey Smith all bank valuable game-time by featuring for the full match.

The Swans head down the M4 on Saturday to face Newport County in their first competitive game of the campaign as the Carabao Cup kicks off.

Summer signings Freddie Woodman, Korey Smith, Gibbs-White and Lowe all started while Kyle Naughton, who is back at the club after signing a new deal, lined up in a three-man defence alongside Joe Rodon and Jay Fulton.

Wayne Routledge and Jake Bidwell occupied the wing-back slots, while Dhanda dropped in behind Andre Ayew and Lowe.

The Swans were without a string of players due to international commitments, with Connor Roberts and Ben Cabango called up by Wales while Bersant Celina was on duty with Kosovo.

The Swans started brightly on a perfect Liberty pitch, with Lowe looking lively from the off.

It took nine minutes for the former Wigan man to get off the mark as he linked up with fellow summer signing Smith.

Smith picked out the onrushing Lowe with a perfectly judged pass, and the latter nutmegged Dan Sweeney before racing towards goal and slotting past keeper Luke McGee and into the far corner of the net.

It got better for Cooper's side as they doubled the lead just before the half-hour mark. The assist came from another summer signing as Wolves loanee Gibbs-White sliced the Forest Green defence with a pass that beat the offside trap and sent Dhanda in on goal. The midfielder made no mistake as he calmly beat McGee from close range.

The Swans looked comfortable in possession, with Gibbs-White's vision when in possession proving a particular highlight.

Yet the visitors pulled one back before the break as right-back Kane Wilson controlled a deep cross and fired home a powerful half-volley across Freddie Woodman and into the far corner.

Cooper introduced Steven Benda for Woodman in his only change at the break, but the young German stopper would have a relatively quiet afternoon as the Swans continued to have the edge.

Lowe led the hosts' threats after the break; firstly being denied an effort on goal after working himself into space in the box, before heading straight at former Swans keeper Lewis Thomas - introduced for McGee at the break - when teed up by Ayew.

Forest Green went close to levelling as sub Aaron Collins blasted over after a well-worked corner while Matty Stevens failed to hit the target from a cross, but the Swans deserved their victory as the focus quickly moves onto Saturday's Carabao Cup first-round tie at Newport County.