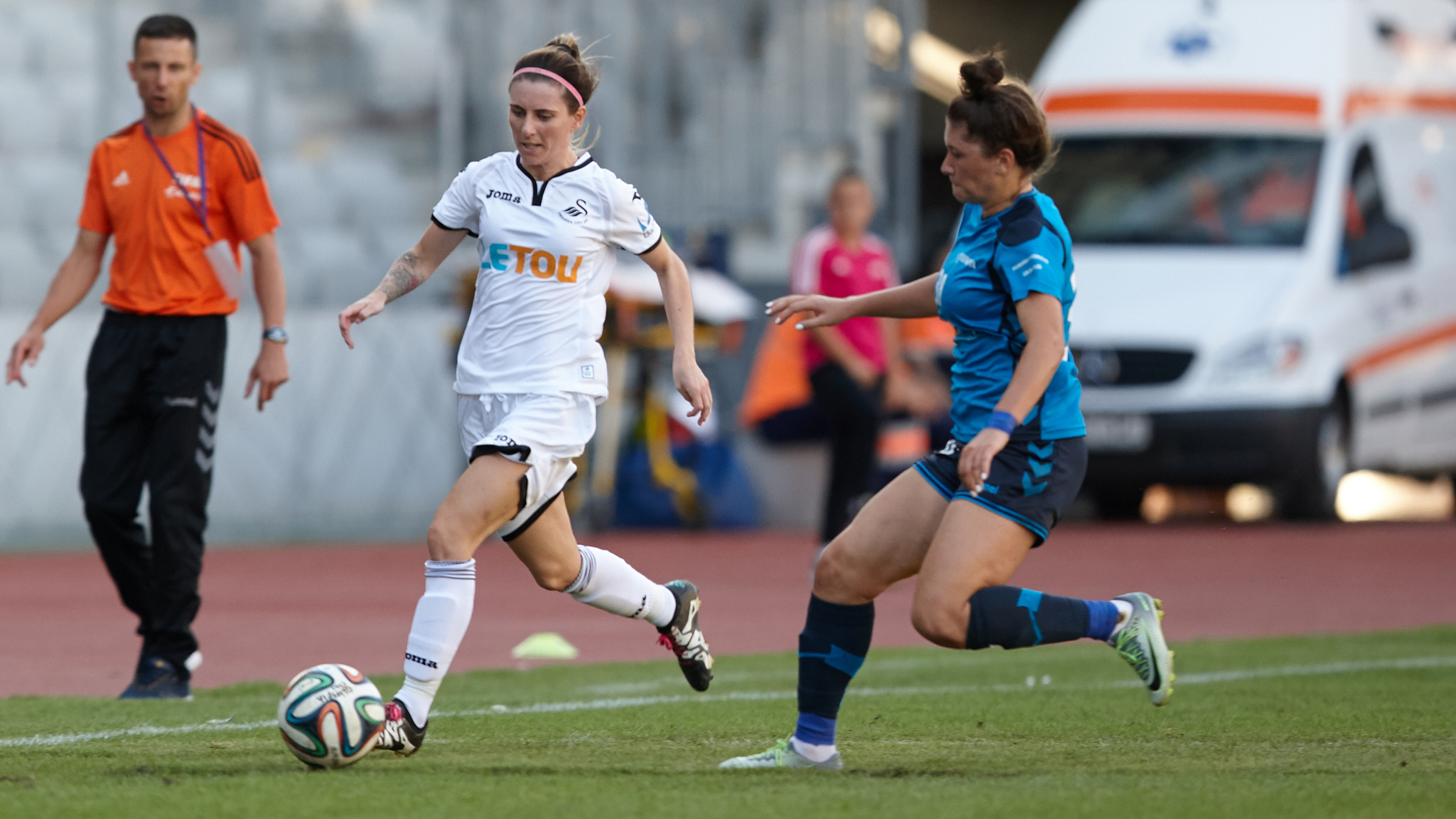 Swansea City Ladies suffered a 9-0 defeat in their final match of the Uefa Women's Champions League qualifying round against WFC-2 Zhytlobud Kharkiv in the Clujana Stadium.

Kharkiv were 2-0 up within six minutes through Iryna Vasylyuk and skipper Yana Kalinina before Katy Hosford went close to reducing the deficit only to see her effort just fly past the woodwork.

Kalinina extended the Ukrainian's lead to 3-0 in the 19th minute, while the Swans were left frustrated after seeing a powerful strike from Jodie Passmore and a great effort from Ria Hughes narrowly miss the target.

Swans captain Alicia Powe was shown a yellow card in the 33rd minute following a foul on Kalinina, resulting in Kharkiv being awarded a penalty. Kateryna Korsun stood up to take the penalty only to be denied by Young.

Just before the break, a scramble in the box saw Kharkiv hit the woodwork before Anastasiia Skorynina slotted home from close range.

Kharkiv continued their ruthless finishing with four more goals after the break, while, at the other end, Katy Hosford rattled the woodwork via a free-kick as the Swans were denied a consolation.