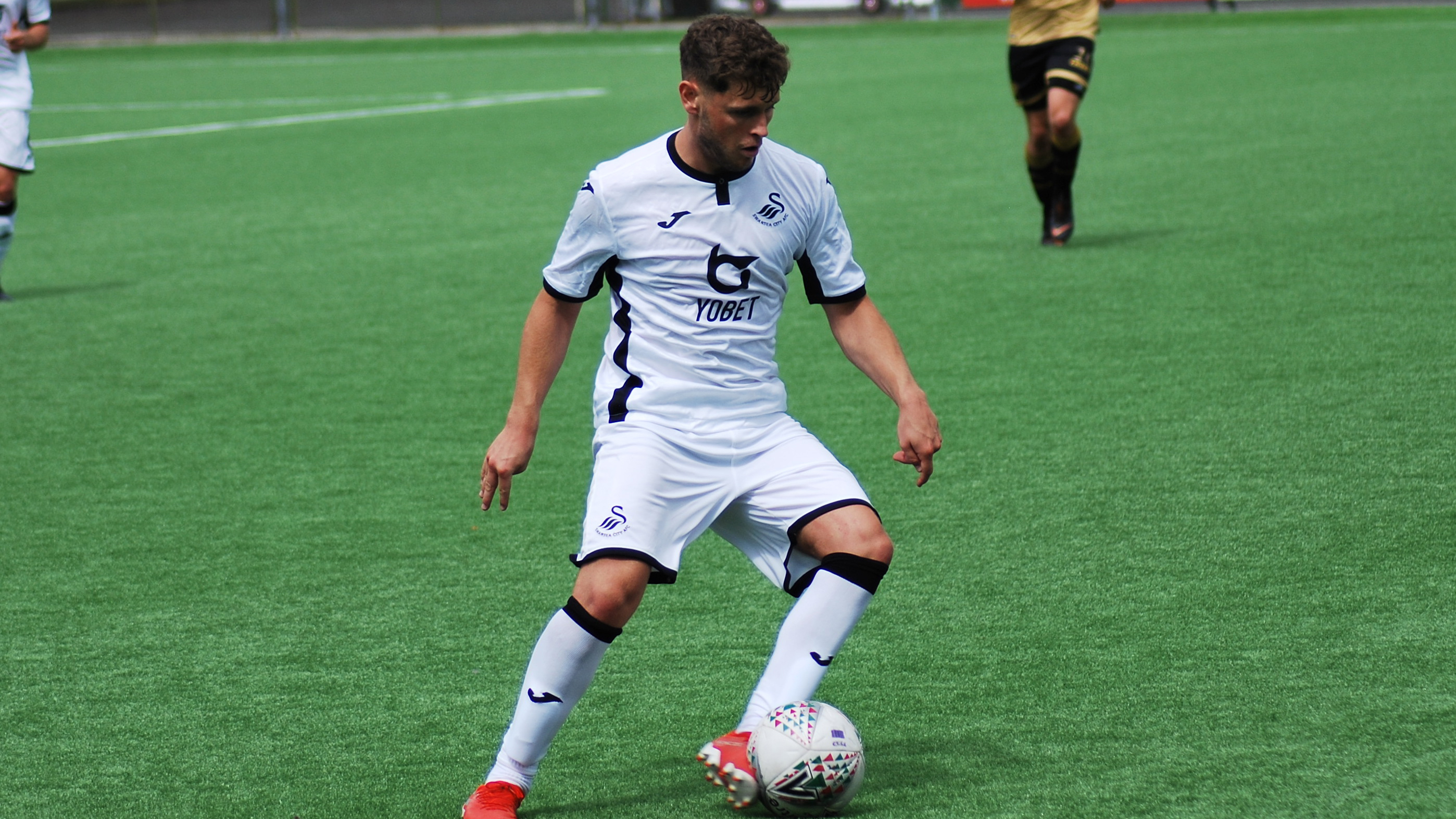 Fresh from opening the campaign with victory at Norwich, Cameron Toshack and Gary Richards saw their side take the lead as Keiran Evans capitalised on opportunistic work from Oli Cooper.

However, they were pegged back after the break when Michael Tait swept home after the Swans had given away possession just outside their own area.

Head coach Steve Cooper was among those in attendance, and he would have been pleased to see Carroll get some valuable minutes under his belt following his injury problems.

This was the midfielder’s first outing of any sort in a Swansea shirt since last October, and he showed some nice touches on the ball during his time on the field.

The visitors made the brighter start and should have taken a sixth-minute lead through striker Cameron Archer.

Jack Clarke made an excellent run down the left flank and laid on a lovely ball for his colleague, only for Archer to slice his effort on goal.

The Swans punished the miss by going up the other end to take the lead.

Cooper pressed Isaiah Bazeley-Graham into an error and unselfishly laid on a simple finish for Evans, whose left-footed effort rolled into an unguarded net.

Mason Jones-Thomas then produced a lovely run down the left to surge into the area, but Cooper could not quite get on the end of his final pass.

Villa remained a threat however, with midfielder Indiana Vassilev proving an influential presence, and he played in Archer for a chance that was only denied by Cian Harries’ fine covering tackle.

Carroll nearly marked his return with a goal 10 minutes from the break as his low strike was blocked from Tivonge Rushesha’s astute pull-back.

Carroll was soon involved again, bending in an excellent free-kick that Brandon Cooper could only nod over the bar from six yards as the Swans remained a goal up at the break.

However, they were pegged back seven minutes into the second half, Tait capitalising after substitute Jacob Ramsey had won the ball and quickly fed the winger for him to fire home right footed.

And Villa really should have taken the lead just past the hour mark, Clarke sent Archer scampering onto a wonderful through ball, but the striker dragged his effort across goal.

Swansea responded, winning a free-kick that Liam Cullen saw skim the top of the bar, and the striker was soon setting up Oli Cooper for an effort that forced a strong left-handed save from Viljai Sinisalo in the Villa goal.

The hosts handed a debut at this level to 16-year-old striker Josh Thomas, and the substitute forced Sinisalo into action following a determined run down the left.

But the game ended all square as Josh Gould made an outstanding save to deny Ramsey's superb strike in stoppage time.