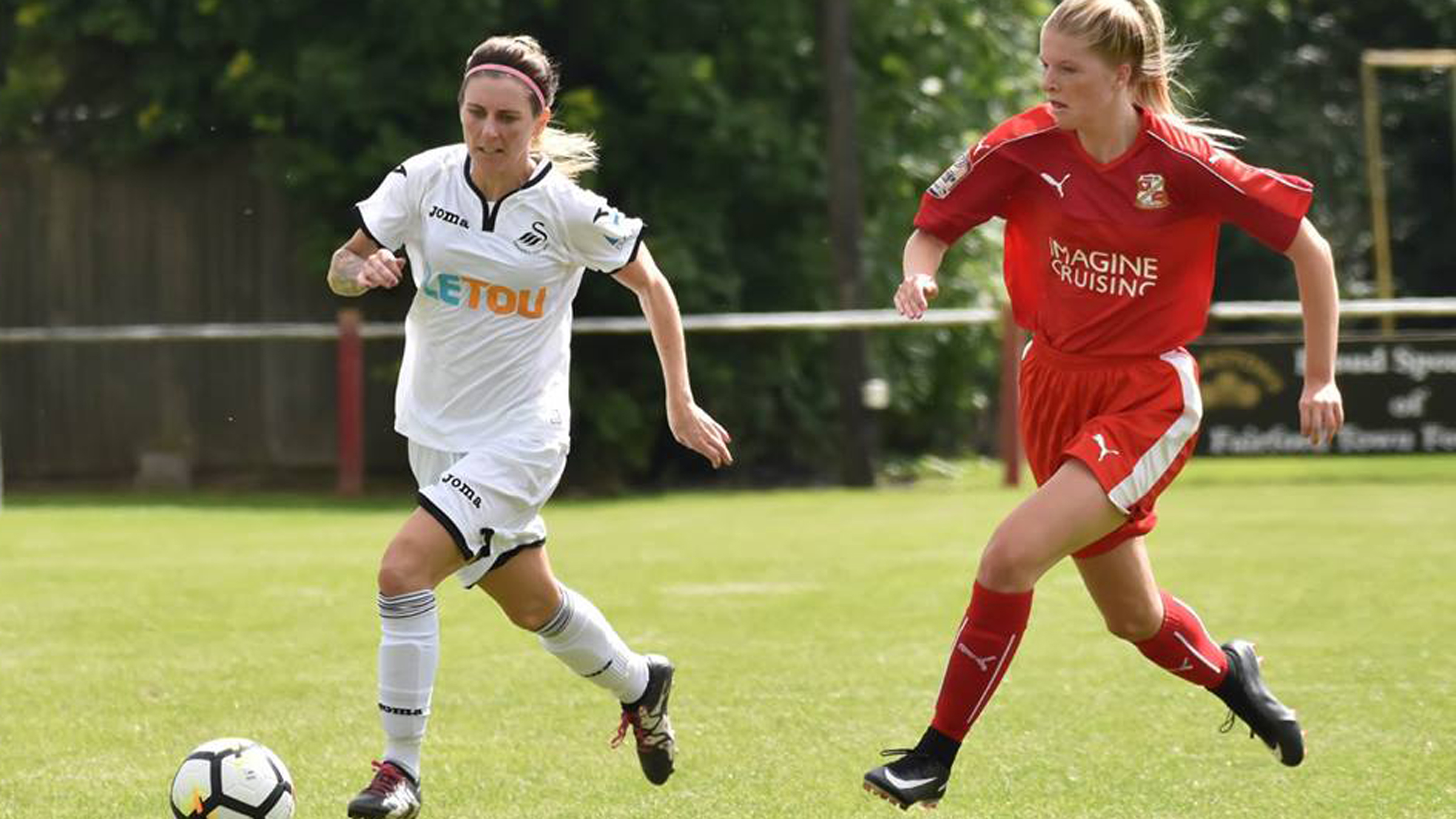 Swans Ladies prepared for their UEFA Women’s Champions League qualifiers in Romania with a 3-0 win at Swindon Town Ladies.

The match saw defender Alison Witts making her debut for the Swans after recently making the switch from the Robins.

The visitors started well and created a number of chances and opened the scoring early through Katy Hosford in the 13th minute.

Striker Stacey John-Davis had a chance to double the visitors’ lead in the 25th minute, only to see her effort go just wide.

Jodie Passmore did, however, make it 2-0 in the 35th minute with a powerful, well-taken goal from the edge of the box.

It did not take long for the Swans to extend their lead further as Hosford netted her second of the match with a left-footed strike in the 40th minute to give Ian Owen's side a 3-0 advantage at the break.

It proved a quiet second half in terms of chances, though midfielder Emma Beynon went close to scoring in the 57th minute but her effort narrowly missed the target.

“Our first-half performance today was everything we had hoped for, the players were accurate and dynamic in all aspects of their play,” said manager Ian Owen.

“Alison had a great debut against her former club and together with Alicia Powe and Ria Hughes put on an accomplished defensive display.

"We created a lot going forward and there were three great finishes from Hosford and Passmore. In the second half we made a lot of changes but everyone performed admirably."

With the team heading to Romania this Saturday to play in the Women’s Champions League, Owen now sets his sights on the international stage.

After winning the Welsh Premier Women’s League title, his side have been drawn in Group 2, where they will face hosts Olimpia Cluj-Napoca, Scottish side Hibernian Ladies and Ukrainian champions WFC Zhytlobud-2 Kharkiv.

The road to Kiev, where the final will be held next year, starts this August, between 22nd to 28th, with the group winners and one best runner-up going through to the round of 32.

“The squad and staff have worked hard in preparation for the UWCL, we know we are to face some tough challenges in Romania next week but everyone is relishing the opportunity to play at this level,” he added.