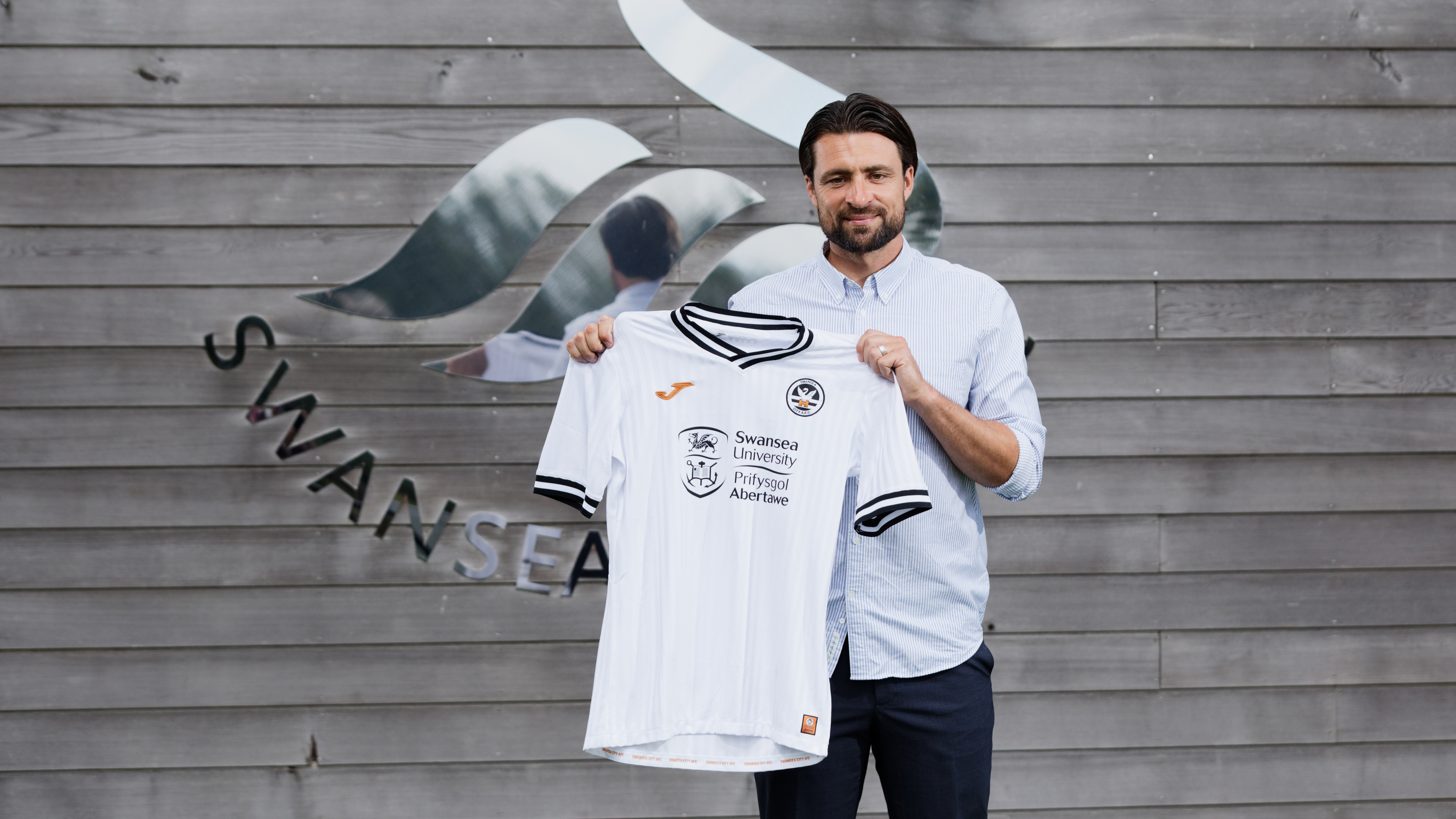 Swansea City is delighted to confirm the appointment of Russell Martin as the club’s new head coach.

The 35-year-old has signed a three-year contract at the Liberty Stadium after compensation was agreed with League One side Milton Keynes Dons.

Martin will be joined in SA1 by coaches Luke Williams, Matt Gill and Dean Thornton, while Alan Tate will continue in his capacity as first-team coach.

Martin and his staff will oversee training at Fairwood on Monday and take charge of the Swans’ Championship opener against Blackburn Rovers on Saturday, August 7.

“We are delighted with the appointment of Russell as our new head coach,” said Swansea City chief executive, Julian Winter.

“He very much fits the profile of a young and hungry coach who wants to succeed, and he is more than ready for the opportunity.

“When it became clear we would be looking for a new head coach, at the forefront of our thoughts was finding a candidate who was ambitious, driven and with a clear vision of how he wants the team to play.

“After earning plaudits with Milton Keynes Dons for the attractive, attacking style that he implemented, we quickly realised Russell would be the right person to take us forward.

“We were also seeking someone with a passion for working with and developing young players. Russell ticks all those boxes.

“While his coaching philosophy is clear, Russell also enjoyed a fine playing career that saw him amass over 500 senior appearances.

“He captained Peterborough and Norwich, as well as winning promotion on five separate occasions, which tells you everything about his leadership qualities and winning mentality.”

A former defender, Martin enjoyed a 15-year playing career that began in the youth ranks at Brighton and Hove Albion and included winning 29 caps for Scotland.

After spells with Wycombe Wanderers and Peterborough United – the latter of whom he helped achieve promotion to the Championship as skipper – a loan move to Norwich City followed.

His stint at Carrow Road proved such a success that he joined permanently in January 2010 with the Canaries on their way to the League One title.

Martin spent the next eight years in East Anglia, helping the club win promotion to the Premier League in 2011 and 2015.

During his time at Norwich he played alongside current Swansea squad members Ryan Bennett, Kyle Naughton and Korey Smith.

After a brief loan spell with Scottish side Glasgow Rangers, Martin left Norwich in 2018 and joined Walsall as a player-coach.

From there he agreed to join Milton Keynes Dons in January 2019, and helped them secure promotion to League One at the conclusion of the campaign.

Then, following Paul Tisdale’s departure as manager in November 2019, Martin was appointed his successor and subsequently announced his retirement as a player.

After keeping the Dons in League One at the end of the 2019-20 season, Martin guided the side to a 13th placed finish last season after implementing an attractive style that saw the Dons sit behind only Manchester City and Barcelona in Europe when it came to their dominance of possession.

His approach and his commitment to it have won him no shortage of plaudits, and marked him out as one of the brightest young coaches in the game.