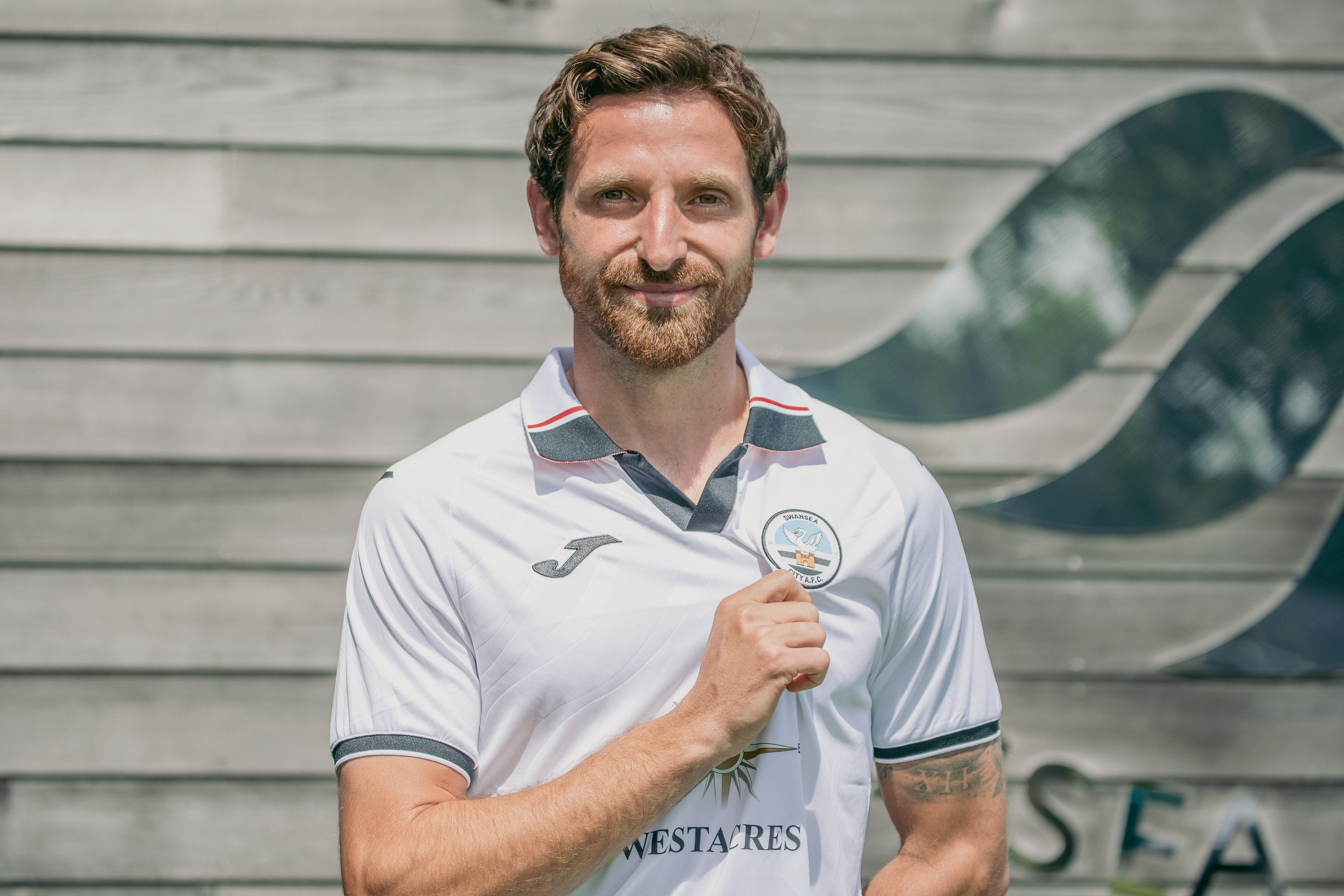 Russell Martin | Joe Allen signing is brilliant for the players, club and fans

Russell Martin says the signing of Joe Allen is one that provides tangible excitement for everyone connected with Swansea City.

The Wales international has sealed a return to his boyhood club, penning a two-year contract at the Swansea.com Stadium.

It marks a return to where it all began for Allen, who came through the Swans academy and made 150 appearance for the club before a move to Liverpool in 2012.

And head coach Martin believes the arrival of Allen is an extremely positive one, both on and off the pitch.

“It’s a brilliant signing for us as a group, but also for the club and the supporters,” he said.

“It’s also a great signing for the players and staff in the building, for performances on the pitch and for culture off the pitch.

“Predominantly it comes down to performance on the pitch, because he’s a fantastic footballer. He is a real leader in his own way.

“He is going to really help us and the young players, it’s such a positive signing.”

Allen – who will wear the number seven shirt – made his debut for Swansea City on the final day of the 2006-07 season under Roberto Martinez.

After winning promotion to the Championship in 2008 and then the Premier League in 2011, the Pembrokeshire-born midfielder made the move to Liverpool in the summer of 2012.

Despite a return to Swansea being mooted on a couple of occasions since then, Allen has waited patiently to don the white shirt once again.

And Martin paid tribute to the Wales star as the move was finally completed.

“He (Joe) loves it here – it’s home,” he said. “He’s said how excited his family have been to come back and how excited he’s been and hopeful that it would come off.

“He’s been our number one target all along and we’ve got him. I think he realises that it’s a style of play that really suits him, it’s something he wants to be part of again.

“He’s come back because he feels he can really contribute to something that’s moving in the right direction.

“It’s great to see him so happy and I think it’s given everyone else a real boost as well.”